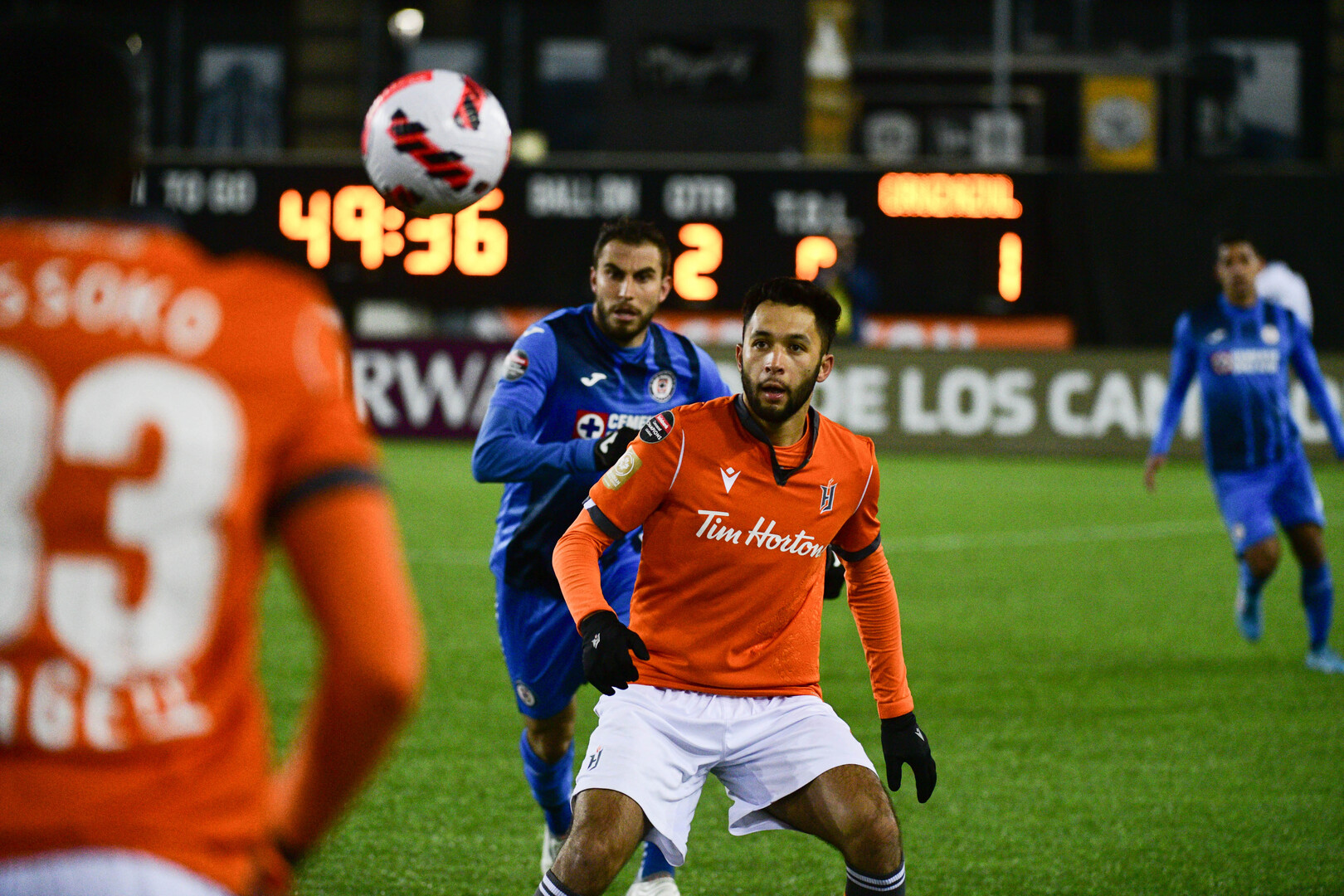 Forge FC kicked off their 2022 Concacaf Champions League campaign on Wednesday night, taking on Mexican giants Cruz Azul at Tim Hortons Field. A first half goal on a free kick from Romulo Otero was the difference, sending his side into the second leg up 1-0, and with an important away goal.

The beginning of the match was relatively uneventful, as both teams adjusted to the strong winds at Tim Hortons Field. The wind was a factor on long balls and goal kicks in particular, and the Cruz Azul goalkeeper sent a handful of goal kicks into touch.

The first big chance of the game came from Tristan Borges just after the 20-minute mark. Driving through the centre of the pitch, Borges fired a shot from the edge of the penalty area, but it sailed over the bar.

It was the visitors who opened the scoring, as a free kick beat Forge FC goalkeeper Triston Henry. The shot from Romulo Otero cleared the wall, before skipping off the turf and bouncing toward the net. Triston Henry went down early to try and save it, but the bounce caught him off guard, and the ball went into the bottom corner at the back post. There was a large contingent of Cruz Azul fans in the stands, who erupted as the ball hit the back of the net.

Borges was on set piece duty for a lot of the first half, and nearly tested the visiting goalkeeper again from a corner kick as the half was winding down. Kicking the ball against the wind, Borges’ corner curled dangerously toward the goal, before a defender was able to clear it away from danger.

The Mexican side went into halftime up 1-0, but the two sides were evenly matched for most of the opening 45 minutes.

Cruz Azul upped the pressure after the break, coming out firing in search of valuable away goals. Forge matched their intensity, able to limit pressure for large stretches of the half, but struggled to break down a resilient group of defenders when going the other way.

In the 70th minute, Triston Henry had to make an important save, coming off his line to close down a Cruz Azul attacker. After the shot was lifted up to try and lob Henry, the Forge goalkeeper jumped up to push the shot away, keeping the score at 1-0.

The two sides traded shots in the closing stages of the match, but both backlines were stingy. Of the 13 shots in the match — eight for Cruz Azul and five for Forge — just two of them were on target, one of which was the goal. The game was end-to-end for large stretches, setting up an exciting second leg at the famous Estadio Azteca next week.

That game will take place next Thursday, February 24 at 8:30 pm ET.