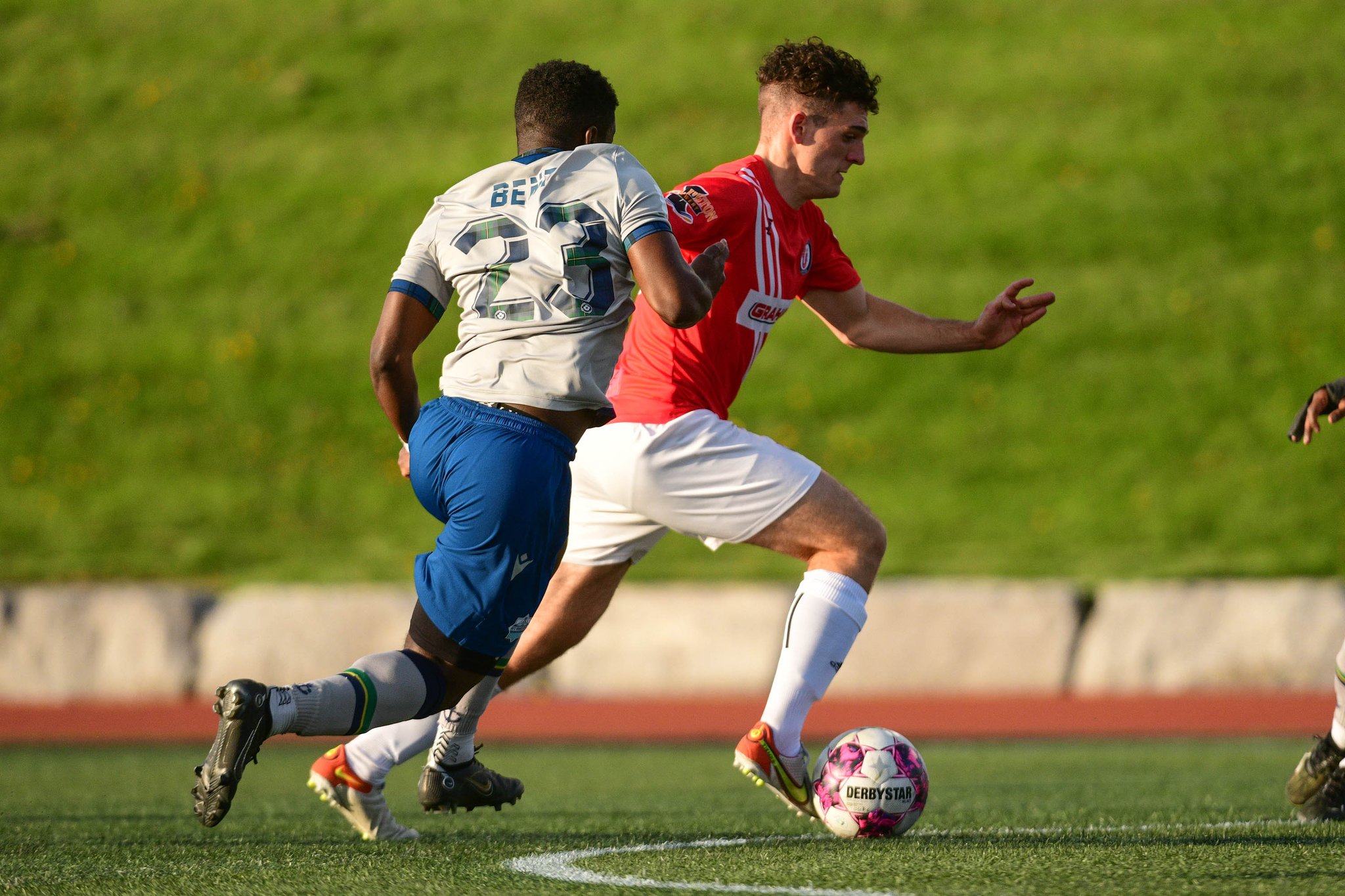 HFX Wanderers FC are moving on to the quarterfinals of the 2022 Canadian Championship, having defeated League1 Ontario side Guelph United 2-0 at Guelph’s Alumni Stadium on Tuesday night thanks to timely goals from Akeem Garcia and Aidan Daniels.

From kickoff, it was clear that Halifax would be commanding most of the ball. They took the initiative early on, with a few dangerous passes in behind to create chances, but Guelph goalkeeper Svyatik Artemenko was up to the challenge of Halifax’s early attempts.

The Wanderers ultimately would find the net just 22 minutes in. After his team won a corner kick, Cory Bent took down the cross and slammed it off the post, and teammate Mo Omar found himself chopped down by a Guelph defender while chasing the rebound. Referee Filip Dujic pointed to the spot, and Akeem Garcia made no mistake burying the penalty into the bottom left corner — although Artemenko came close with his diving effort.

Bent came close to making it 2-0 just over 10 minutes later as the ball fell to him in front of goal, but he wasn’t able to settle the ball and missed the frame. Just seconds later, the Wanderers put another ball off the crossbar with a set-piece header, but still the second goal eluded them.

That is, until the hour mark. The Wanderers won another corner — their eighth of the game — and Pierre Lamothe played a ground pass all the way to the top of the box, where Aidan Daniels picked it up and fired a screamer just under the crossbar to double the visitors’ lead.

In the final half-hour, the CPL outfit continued to push forward, as Guelph’s early energy seemed to fade somewhat after Halifax’s second goal. The Wanderers created a few excellent chances, but ultimately neither side found another breakthrough as they saw out the 2-0 scoreline.

So, it’ll be the Wanderers who move on to the last eight of this year’s Canadian Championship, where they’ll host MLS side Toronto FC in Halifax hoping to book a ticket to the semifinals.