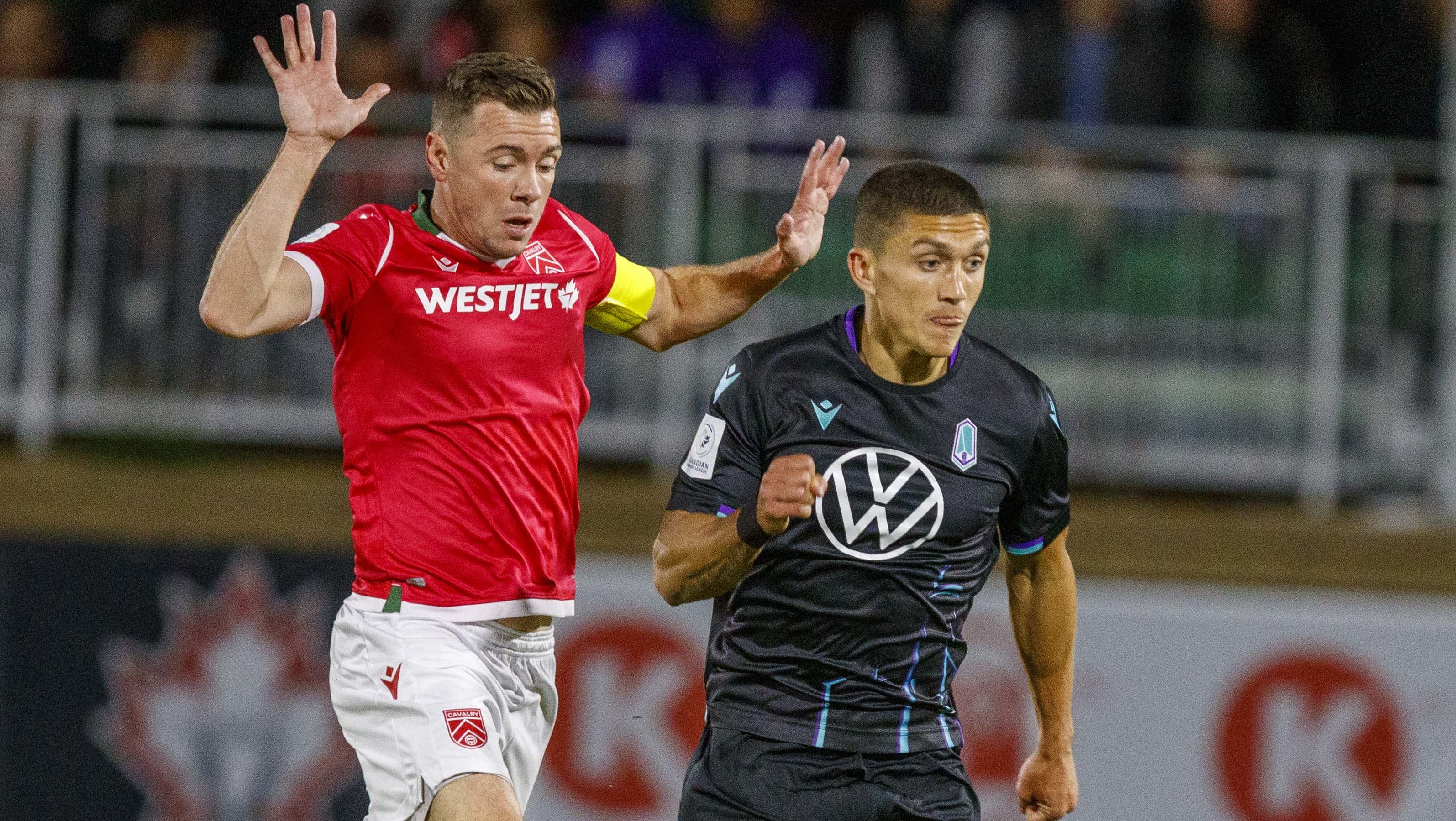 In-form attacker Terran Campbell lifted Pacific FC over Cavalry FC 1-0 in their 2021 Canadian Championship quarterfinal Wednesday night, sending the team to a semi-final against seven-time champions Toronto FC for a spot in the Voyageurs Cup final.

The match had the feeling of a final itself: a CPL first-vs-second (the Tridents on 36pts and the Cavs on 32 pts sit top of the CPL standings) tilt pitting two teams and identities against one another in a different competition. Cavalry deployed a back three, with a now-familiar front two featuring Anthony Novak and Sergio Camargo with Joe Di Chiara deployed in attacking midfield. Pacific, meanwhile, trotted out their tried-and-true 4-3-3 as they looked to attack the space behind Cavalry’s wingers with the likes of Josh Heard and Kadin Chung.

The pitch at Spruce Meadows was tilted in the home side’s favour in the early going as the Cavs pressed PFC hard and produced several quality turnovers. PFC, meanwhile, looked perfectly content picking chances through the said lopsided attack.

Terran Campbell broke the goal deadlock in the 33rd minute – moments after misplaying what would have been a clear one-on-one. The right-winger laced a third-phase ball off an in-swinging free-kick, taking a left-footed volley while staffing away from goal into the net for a first-half lead.

Second frame proceedings started tamely, with Cavalry struggling to find a rhythm and Pacific attacking space around the opposition’s backline. Camargo gave the Foot Soldiers their first big roar after 53 minutes when he laced a near-post shot off goalkeeper Callum Irving – giving his team a boost of energy in attack. Cavalry had a decent shout for a penalty after an hour when PFC defender Jordan Haynes went through the back of Novak but officials instead adjudged Camargo offside. More controversy followed the Cavs with a handball call on the side of the box waved away but, more importantly, it marked a decent spell for a Cavs side desperate for a goal.

That chance, however, never came for the home side as numerous disjointed attacks eventually led to the final whistle while the Tridents looked to calm play down at every turn. There was one moment of note, though, when Norman Jr. dramatically headed a would-be goal from Victor Blasco off the goalline.

Pacific jumps to the semi-final stage for the first time in club history after earning this quarterfinal berth by beating MLS side and provincial rival Vancouver Whitecaps. They also revenged their defeat to the Cavs in the 2019 CanChamp.

The semi-final against Toronto FC will be confirmed at a later date.