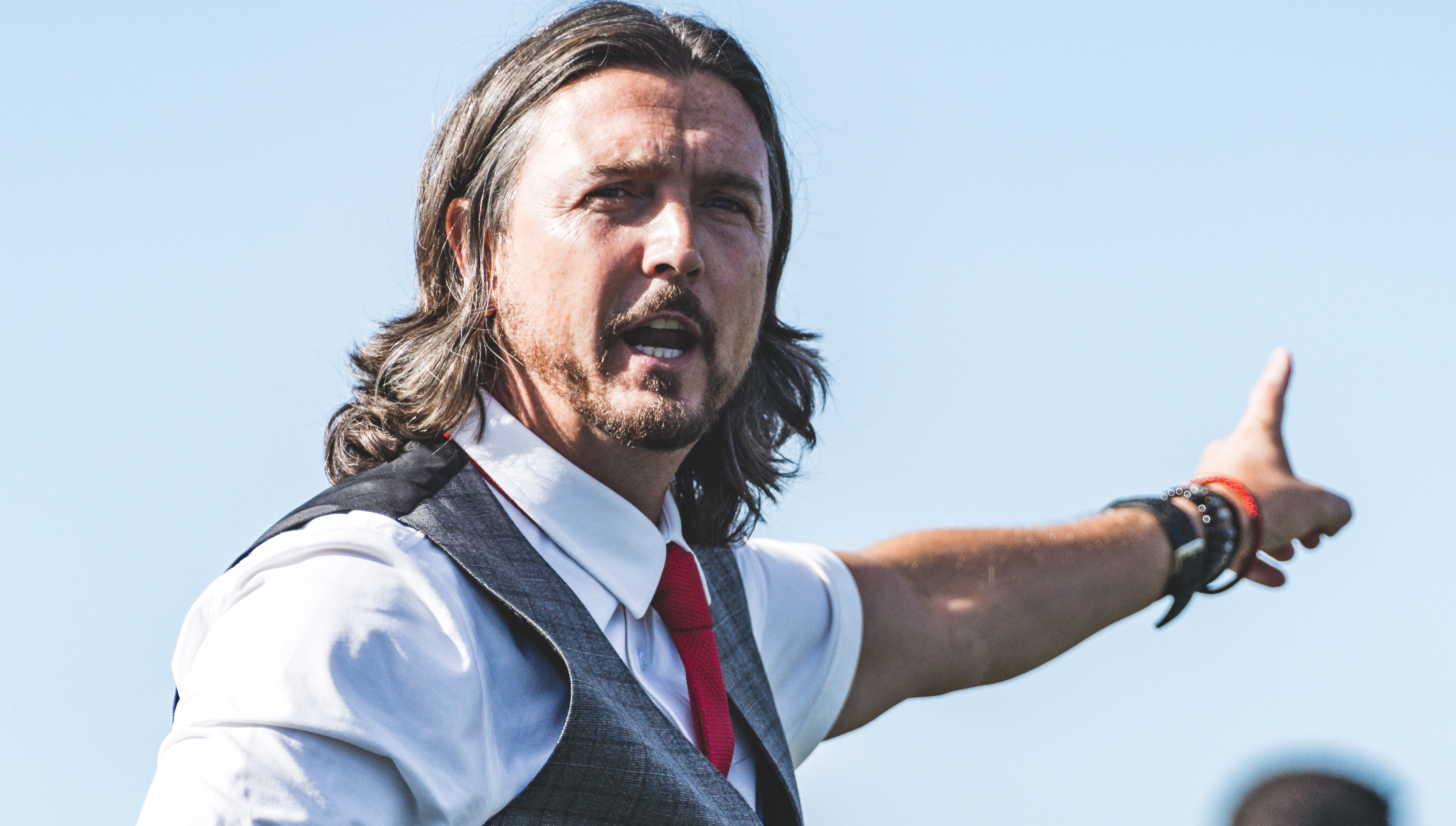 After landing English forward Joe Mason on Monday, Cavalry FC’s roster is starting to be finalized ahead of the 2021 season.

With just three roster spots left to fill, the core of Tommy Wheeldon Jr.’s side seems to be set, with a bit of depth needed to fill in the gaps.

The Cavs have completely revamped their backline, and they have a very deep midfield. Their attack will feature Mason and CPL veterans Anthony Novak and Sergio Camargo, among others, so could this could be the year Cavalry finally jump over the final hurdle and take the North Star Shield from Forge FC?

They’re certainly shaping up to be a very good team on paper, but only time will tell how they perform on the pitch, of course.

Here’s how it’s shaping up at Spruce Meadows thus far.

One of the best goalkeepers in the league’s short history thus far, the number one shirt is Marco Carducci’s to lose in Calgary. The 24-year-old won the 2019 Goalkeeper of the Year award, helping Cavalry win the Spring and Fall seasons that year, and he established himself as a top goalie in this country. He was rewarded for his strong performances by being the CPL’s first player to be called up to the Canadian men’s national team in August of 2019, and was also called up again in early 2020. At the Island Games, Carducci picked up three shutouts in nine matches, and if he’s in good form again in 2021, Cavalry will be just fine in goal.

His backup will be former Valour FC goalkeeper Tyson Farago. The 30-year-old, who also played for FC Edmonton in their pre-CPL days, made 17 appearances in the inaugural 2019 season in all competitions, including two clean sheets, but he didn’t sign with a club for the 2020 season. This year, he’ll be a solid backup and a strong veteran presence behind the scenes.

Cavalry have completely revamped their backline, with the only returnees being Mason Trafford and Mo Farsi. Dean Northover retired in the offseason, while Nathan Mavila, Jay Wheeldon and Bruno Zebie were all released. Dominick Zator made a big transfer to York United, and Robert Boskovic returned to Toronto FC II after his loan expired, leaving Cavalry with a lot of holes to fill.

At centre-back, as we’ve seen at a few clubs around the CPL, Cavalry have brought in a young player on loan from CF Montreal of MLS in 20-year-old Karifa Yao. Yao, who made his MLS debut off the bench last September for Montreal, is on loan for the entire season, and will help Cavalry meet the important under-21 minute requirements, which is set at 1,500 minutes in 2021.

Also at centre-back are Mason Trafford and Daan Klomp. Trafford, 34, has played 36 times in all competitions for Cavalry since joining ahead of their inaugural season in 2019, while Klomp is a new recruit from NAC Breda in the Netherlands. He’s made a few dozen first team appearances across the top two Dutch divisions, and will be a key player in defence for Wheeldon Jr.’s side in 2021. Klomp can also play right-back, if needed.

Although naturally a midfielder, David Norman Jr should also see a lot of time at centre-back for Cavalry. The new signing from Inter Miami of MLS, Norman Jr. was very impressive at the back for Canada at the Concacaf Olympic Qualifying tournament in March. On paper, as it stands, him and Klomp may be the best pairing, but Norman’s versatility is a valuable asset if he’s to be played higher up the pitch instead.

Cavalry have a dynamic fullback duo, with Tom Field joining the club from Dundee in Scotland, and the CPL’s Under 21 Canadian Player of the Year winner Mo Farsi returning for another year.

An attacking left-back, Field was on the books of English Championship side Brentford for a few years, playing 21 times for them in all competitions before spells on loan across the third and fourth tiers in England, as well as a permanent move to Scottish Championship side Dundee last year, where he only made one appearance before joining Cavalry. He may end up being one of the league’s best left backs, especially if he can find the form that saw him playing in the Championship just a few years ago.

After impressing at the Island Games, Mo Farsi is entering his sophomore season in the CPL, where he’ll try to build off his impressive tournament in PEI. Farsi fired in a league-leading 31 attacking crosses in 2020 and will be an attacking threat down the right side of the pitch. He is also capable of scoring some incredible goals, like this one against Pacific FC in September.

We have a new winner! @cavalryfc's Mo Farsi is this week's @NewEraCanada Head to Head winner! pic.twitter.com/nF95pvreiz

Cavalry may have the deepest midfield in the CPL, even without Elijah Adekugbe, who unfortunately will miss the entirety of the season with an Achilles injury.

Captain Nik Ledgerwood will sit at the base of their midfield for a third season in a row after signing a one-year contract extension. One of the first players Cavalry unveiled ahead of their inaugural season, Ledgerwood made 20 league appearances that year, as well as seven at the Island Games before an injury ended his season. A 50-cap Canadian international as well, Ledgerwood is tenacious defensively but has scored a few goals at the other end of the pitch as well.

Both will be entering their third season in the league — Simmons in his second at Cavalry after a year with HFX Wanderers, and Di Chiara after two with York United (then York9).

Simmons impressed on both sides of the ball in PEI, playing all 10 matches after joining the Cavs. His ability to spray passes around the pitch, especially with players of a similar ability around him in the midfield this year, could unlock defenses at an incredible rate in 2021.

Di Chiara was York’s top goalscorer in 2020 with three goals in six matches, missing out on one game through suspension after picking up five yellow cards in that span. He’s the league’s all-time record holder with 11 cautions, which Cavalry will want to try and slow down a bit, but he’s also one of the league’s best passers (including an 86.3 per cent completion rate in 2020, and 88.2 per cent in 2019) and will be one of the most important players in that midfield.

Also helping out the attack will be Oliver Minatel and José Escalante. Both also entering their third years with Cavalry, they will be looking to bounce back from frustrating 2020 seasons. José Escalante couldn’t get into the country due to COVID-19 travel restrictions, instead going on loan to CDS Vida in Honduras, while Minatel suffered a nasty injury at the Island Games. Minatel broke his tibia and fibula in Cavalry’s second round opener against York, missing the remainder of the tournament and most of this offseason, but is now back in training and “feeling good“.

Cavalry have a lot of players in this midfield who are CPL-level starters, so Tommy Wheeldon Jr. will have to be creative with how he sets them up. It’s unlikely that he can fit Ledgerwood, Simmons, Di Chiara and Camargo on the pitch at the same time, unless Sergio Camargo plays as a winger higher up the field. By doing so, Minatel, Escalante, or one of their new recruits in attack will have to come off the bench, but that’s certainly a good problem to have.

Cavalry lost some key attackers after the 2020 season. Jordan Brown, who scored the first goal in club history, leaves after two seasons, while Marcus Haber and Jair Córdova depart after taking part at the Island Games. Matias Roskopf, who was due to join the club in 2021, mutually agreed to terminate his contract with Cavalry in April after “challenges and constraints” prevented him from getting into the country.

Cavalry have recruited well since, bringing in several impressive additions to their group of attackers.

The big one is recently-announced forward Joe Mason. Joining from MK Dons in England, Mason has played at a very high level in England for over a decade and only turns 30 on May 13th. His signing is arguably the biggest the league has ever seen, and will be a huge boost to Cavalry, either up top or on the wings.

Mason could be deployed on the wing, with Cavalry also signing former Forge FC standout Anthony Novak. Novak scored nine goals and added six assists in 34 games for Forge over two seasons, and is the first player to cross the Forge-Cavalry divide.

He’s expected to be a key player this season — Cavs fans will certainly hope he brings goals like the one he scored against them at the Island Games to Alberta with him.

Anthony Novak with the Forge FC equaliser in the #IslandGames opener. The Pickering winger has eight career goals in CPL & #CanChamp competitions pic.twitter.com/17EdqnMVem

Another new recruit is Moncton-born forward Ahinga Selemani, who despite being only 25 years old, has already played soccer in five other countries – the United States, Greece, Czech Republic, New Zealand and Gibraltar. He’s quick and good on the ball, and a good personality to have around, according to Cavs boss Tommy Wheeldon Jr.

They’ve also brought back José Hernández, who joined them from Pacific FC before last season. Hernández made three appearances in PEI, missing out on a few through injury, but has shown signs over the past two years of being a talented young attacker, and a pretty good eCPL player in his spare time.

Richard Luca, who signed for Cavalry last year but was unable to take the pitch due to COVID-19 travel restrictions, has since signed a multi-year contract extension in Alberta. He’s spent time with powerhouse clubs like Brazil’s Santos FC and Mexican side Tigres UANL, and Cavalry are very high on him, with Tommy Wheeldon Jr saying that he can “be a difference maker for us and in this league” in a press release after he re-signed.

There are high expectations for Cavalry’s attack, but if they live up to those expectations, they will cause a lot of damage in 2021.

Cavalry have three more roster spots available to them after the the signing of Mason, but we have a pretty good idea of how Cavalry is going to line up, so at this point they’re likely just looking to add depth.

Like several teams around the league, they could use a bit of depth across the backline. They may opt to sign one more centre-back, with three signed (plus David Norman Jr), but may want to focus on bringing in some cover for Tom Field and Mo Farsi at the two fullback positions.

Available to them are their two picks from the 2021 CPL-U SPORTS Draft: defender Ethan Keen and midfielder Victor Loturi, both of Mount Royal University. Both have been involved with the Calgary Foothills setup, and Loturi played twice for Cavalry in 2019.