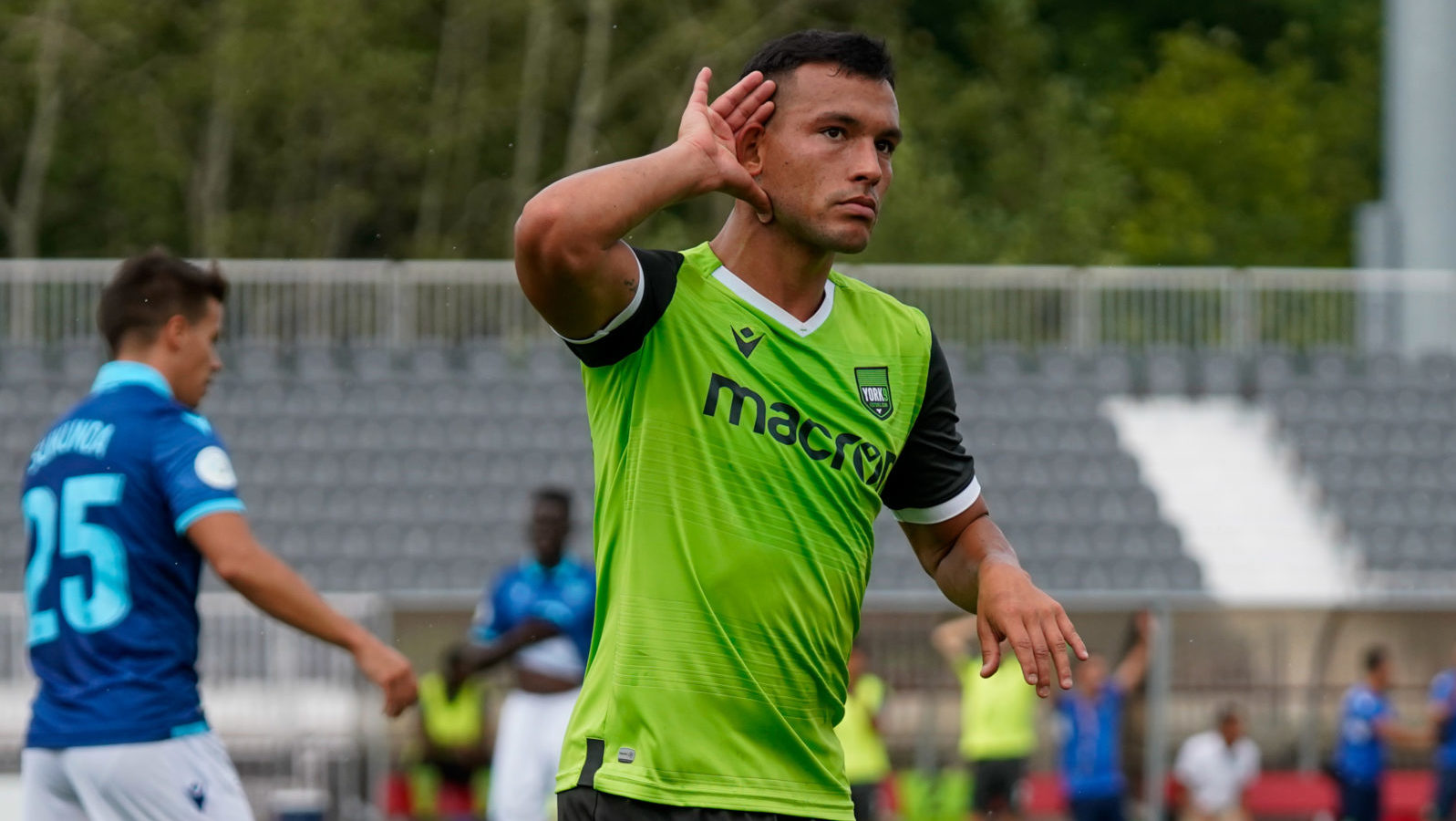 Soccer is a team sport, but there are times when one player steps up and single-handedly decides a game for his side.

Whether it’s a hat trick hero, a goalkeeper who stands on his head, or a commanding centre back who doesn’t let anybody by him, one player can often make the difference between winning and losing, especially in a tight match.

The Canadian Premier League saw its fair share of difference-makers in 2019 – players who can dominate proceedings from start to finish, or after they come on as a substitute to tip the balance in their team’s favour.

When a player takes a game by the scruff of its neck, watch out! There’s very little the opposing team can do to stop him.

Check out their picks below…

Before the 2019 season began, 35-year-old HFX goalkeeper Jan-Michael Williams pondered retiring, perhaps to begin a new career as a coach. But, he carried on for Stephen Hart’s upstart outfit, helping guide the team in its formative year.

However, following Chilean striker Rodrigo Gattas’ league-first (and, to date, only) hat trick in a 6-2 drubbing at the hands of York9 on July 27 at York Lions Stadium, perhaps Williams began doubting his decision to stay the course.

Such is the cruelty of the beautiful game, after all, that Gattas’ triplet of goals all but cemented Williams’ spot on the HFX bench, in favour of Christian Oxner.

How many strikers can proudly boast that they retired a goalkeeper to the reserves following a single individual performance? Gattas, raise your hand, my guy. For, the 27-year-old out of Santiago, alongside Ryan Telfer and Emilio Estevez, put Williams through the works unlike any other individual performance in the season — and earned a nod from this writer, as such.

This was “Beaston Ongaro” at the peak of his powers. A pair of goals and an assist against Pacific FC gave the Eddies a key Fall season win and put them top of the Fall standings.

The six-foot-six Ongaro was piecing together some impressive performances during that mid-summer run, scoring a handful of goals. But on this afternoon at Clarke Stadium assured his reputation as a lethal goalscorer and difficult opponent at this level.

Ongaro fired off an astounding nine shots in total — seven that hit the target.

Through it all, the 21-year-old’s movement was the most impressive thing. His massive-yet-slender frame veered through crowds in the box to either lay it off (as he did expertly on Oumar Diouck’s peach of an opening goal) or give him an easy attempt on the opposing ‘keeper.

It all went through the big man, and it all worked out for the Eddies on the day.

There are probably three or four individual performances in this one game that could get a shoutout here (which might defeat the whole “single player” thing, but oh well), but I’ll go with the absolute dominance of the German midfielder in Cavalry’s marquee performance of the 2019 CPL season.

Büscher scored twice, with a very pretty little volley early in the second half and a clinical finish with the outside of his foot to clean up a penalty he missed. His assist just moments after his second goal — a screaming set-piece from distance that Oliver Minatel flicked home — dug an even deeper grave for Valour FC.

The best reason for choosing Büscher above all the other Cavs in this 8-0 win, though, is his wholesale command of the individual stats sheet. He led his team in: shots (4), shots on target (3), key passes (5), passes (43), crosses (7), touches (68), duels (19), and balls won (9). He threatened from set-pieces constantly. I don’t know if he paid a transfer fee for Valour’s midfield, but he owned them all afternoon.

Büscher flew under the radar as one of the biggest difference-makers for Cavalry this season, with a skillset that doesn’t often come through on highlight reels, but he was front-and-centre in the biggest blowout in the league’s first year.

Cavalry was involved in a bitter dog fight with Forge FC for first place at the time, while York9 FC was climbing the standings. By the end of the evening, the Cavs had leapfrogged Forge atop the table (they eventually went on to finish first) and ended any hope that Y9 had of making it a three-horse race for the Fall season title.

At the heart of this important home win was Dominique Malonga, the Congolese international serving as a “one-man wrecking crew” — that’s how he was described on the OneSoccer broadcast — in helping the Cavs sink Y9.

Cavalry were mired in a two-game goalless streak going into this contest, but they made it perfectly clear early on that the drought was going to end against the Nine Stripes. Just minutes after Sergio Camargo’s goal was ruled out on an offside call, the diminutive midfielder pounced when Y9 couldn’t clear its lines, shifting the ball across the box for Malonga to tap home and give the home side a lead in the fifth minute.

The game was still in the balance at the start of the second half, with Cavalry holding onto a 2-1 lead. But Malonga settled the matter in the 51st minute when he scored on another tap-in after receiving a cutting pass across the six-yard box from teammate Nico Pasquotti. Game, set and match to Cavalry.

Malonga nearly completed his hat trick later in the half, only to be ruled offside. Still, it was quite the day for Malonga, who made incisive and intelligent runs to the back post in scoring both goals, while also registering six shots and completing two key passes.