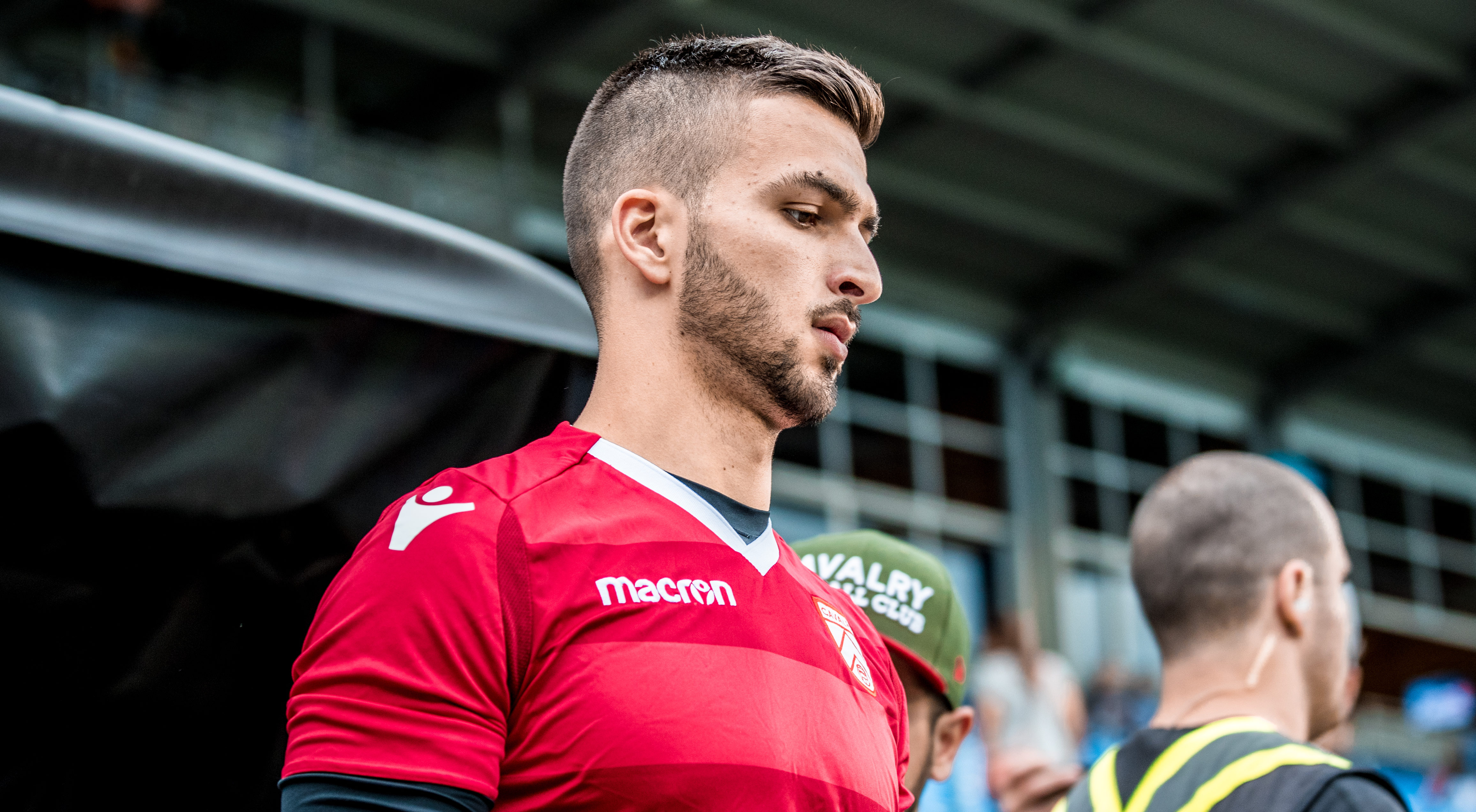 EDMONTON — Marco Carducci was the first. Amer Didic is the second, and the first outfield player.

They will be the answer to trivia questions that are posed years from now — who were the first Canadian Premier League players to get call-ups to the Canadian national team?

But while Carducci (Cavalry FC) and Didic (FC Edmonton) play for rival teams, they share a common bond. Both grew up in Alberta. Both currently play their professional soccer in Alberta. Considering that Bayern Munich’s Alphonso Davies — already a poster boy for the national side — calls Edmonton home, well there are signs that maybe Brampton, Ontario’s hold as the de facto home of all future national teamers is slipping.

“With Marco Carducci being the first one, getting called up, it sets a precedent for other players around the league,” said Didic. “It should motivate everyone. It motivated me, particularly. So, it’s interesting that we’re both from Alberta. It should be everybody’s goal to get onto the radar of the national team and, thankfully, we have a league now in Canada where we can progress and build and strive for that.”

FC Edmonton coach Jeff Paulus, who headed the team’s academy in the past, has let it be known over the years that he felt Alberta-based players were often overlooked by the national program. Yes, there are some long-standing veterans from Alberta who have played regularly for the national side — think of Tosaint Ricketts and Nik Ledgerwood — but, through the youth ranks in recent years, Albertans haven’t really been a part of the Canadian set-ups.

In 2015, the U-23 team named for Olympic qualifying had but one Albertan on the roster — Hanson Boakai.

In 2018, only one Albertan was named to the U-20 team that tried to qualify for that age group’s World Cup — Edmonton’s Jose Hernandez, who now plays for Pacific FC.

But Paulus said that both national-team coach John Herdman and his assistant, Mauro Biello, have gone out to meet with CPL teams to get to better know the kind of talent the league has.

“It’s massive for us. I might have been one of those who have said it in the past that this province has been overlooked,” said Paulus. “But credit to John Herdman and Mauro Biello, because they’re out scouring now. They’re looking at the CPL, they’ve made that very clear. They’ve come in and done a club visit with us a few weeks back, talking about our young players as well as our under-20 program coming up, what we have in different age groups. We’ve got players in our program right now that will certainly get looked at for the U-20s and U-23s.”

That sentiment is echoed by Martin Nash, assistant coach and technical director for Cavalry.

“They are leaving no stone unturned when it comes to finding players.”

But, to Nash, the equation is a simple one. The Canadian Premier League is giving players from all parts of Canada more chances to play and to be seen. A national-team coach wants to pick players who are getting regular professional first-team minutes. Each of the seven CPL teams have brought in players from their respective regions. So, just as Cavalry and FCE have given platforms for Alberta players, Valour has showcased Manitoba players. Eastern Canadian players have got chances to play for HFX Wanderers. And so on.

So, put the ingredients together, regular playing time plus professional, regional showcases, and you see more pathways emerging.

Cavalry’s teenage sensation, Aribim Pebble, was just called up to the Canadian squad ahead of the U-17 World Cup. And Nash said his career path has been accelerated because of the fact he’s had the chance to get on the pitch in professional games.

Paulus believes that these call-ups will have knock-on effects on young soccer players in both Edmonton and Calgary. Heck, maybe even in Lethbridge, Red Deer and Fort McMurray, too.

“What we have here with Amer and down there with Marco are role models in our communities… Amer is kind of the one who gets to carry the flag for the rest of us, now, into the national team program.”

And, he thinks that Alberta may be overlooked no more.

“Alberta Soccer has just been that quiet association that keeps producing talent, keeps producing players who do good things at good levels. We don’t see enough of them (Canada Soccer officials), but I think that’s changing. It’s changing with the new guard.”