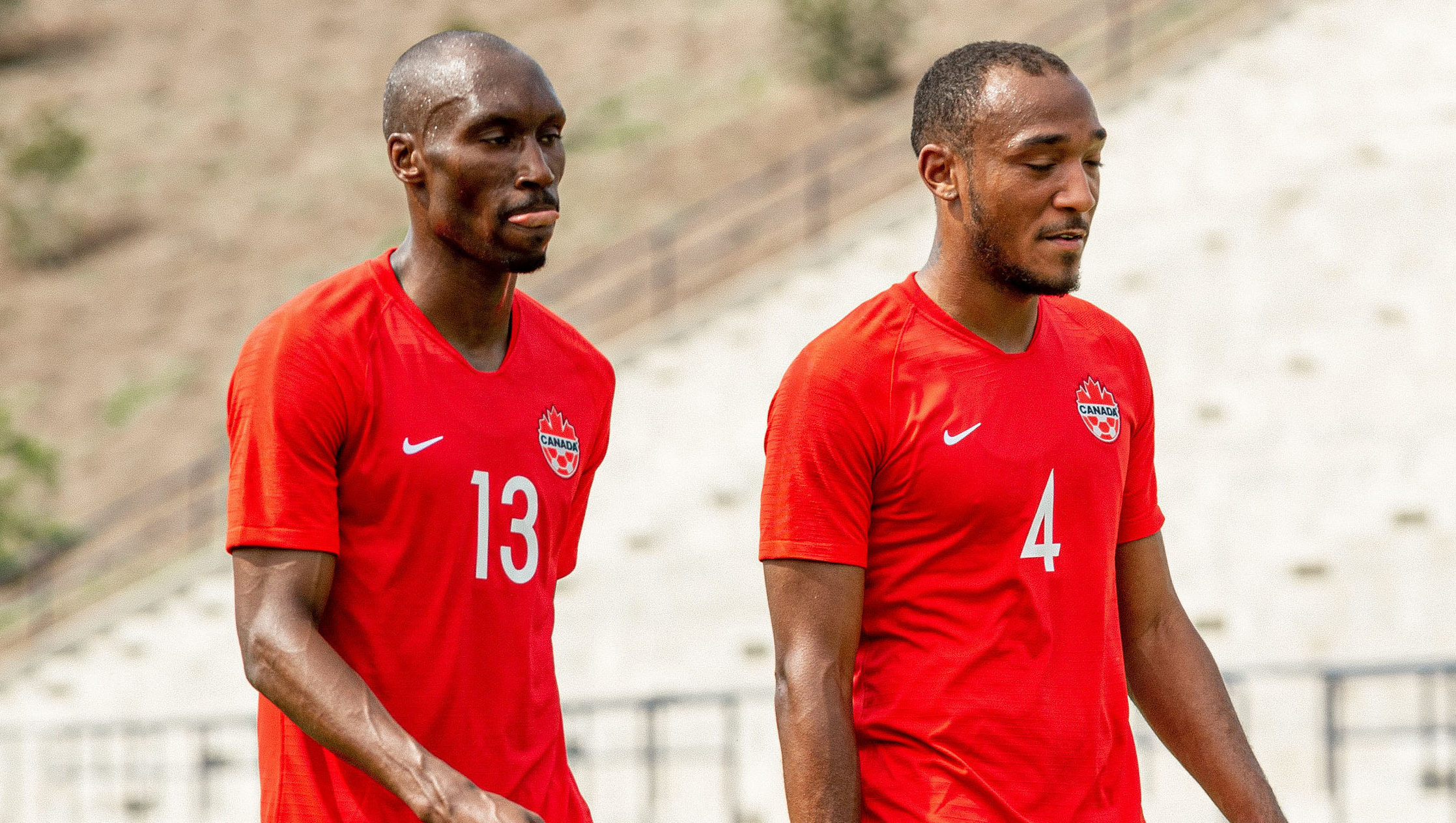 Needing to bolster the Canadian attack, he brings in central defender Andre Hainault to play centre forward. It is a move that ends up defining Floro’s reign as the coach of the national side. Followers of the Canadian soccer program snicker that the men’s team can never have too many central defenders.

Canada opened the Gold Cup with a 4-0 triumph over Martinique. But, you have to wonder what could have been had Martinique striker Kevin Parsemain not fluffed all of his three golden chances to open the scoring. Three times Parsemain found space in the makeshift Canadian back line. It was not a confidence-inspiring performance ahead of the second group-stage game against Mexico … at altitude.

There’s no doubt that Atiba Hutchinson is one of Canada’s all-time greats; but thrust into the centre-back slot, he couldn’t match Parsemain for pace. There was little cohesion between himself and fellow centre back Derek Cornelius. There were gaping holes in the middle of the back line.

Fullbacks? Coach John Herdman’s started Marcus Godinho, who endured an injury-riddled season at Hearts, which limited him to 14 appearances for the club this past season. He also gave the nod to Mark-Anthony Kaye, who generally plays in the middle of the park for LAFC.

Canada has gone from a team of centre backs to a team that has to put out a makeshift backline in just four years.

Herdman has MLS talent like Doneil Henry, Ashtone Morgan, Zachary Brault-Guillard and Kamal Miller in reserve; but, of those, only Henry is getting regular starts at the club level.

So, in terms of this Gold Cup, Canada doesn’t have a great deal of depth. There isn’t a lot Herdman can change, as stricter roster rules have been introduced that don’t allow coaches to fiddle with their roster mid-tournament.

But, looking forward, this is where the Canadian Premier League might be able to offer assistance. With the likes of towering central defenders Skylar Thomas and Amer Didic now getting minutes in the CPL, they might become options for Herdman sooner rather than later. And we’d be remiss not to discuss the league-leading Cavalry’s backline, where versatile players like Dominick Zator and Joel Waterman can fill a variety of defensive holes. If Mason Trafford can put together a good, long streak of games now that he’s come back from injury, he offers an experienced left-footed option.

For 2019, we’ll have to grin and bear a thin defensive unit. Now, as hard as it would have been to imagine three or four years ago, we need to put a premium on developing defenders.