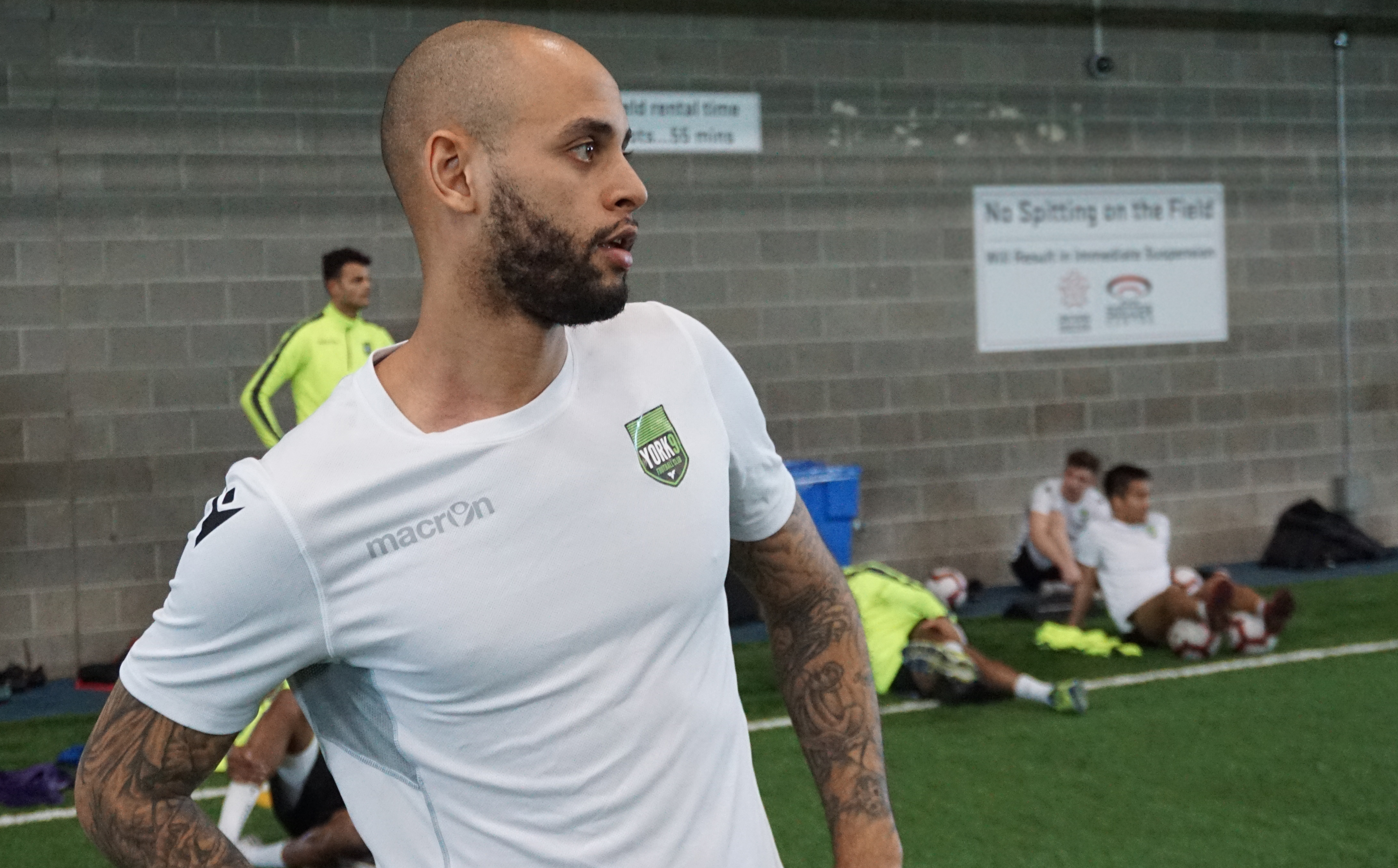 YORK REGION — Tim Hortons Field will be packed to the rafters on April 27.

That’s the mentality York9 FC is bringing to the Canadian Premier League’s inaugural match after its opponents on the day, Forge FC, announced an initiative with a goal of breaking the venue’s sporting attendance record of 24,000-plus fans.

The Hamilton-based club is calling it “Soccer Unites Hamilton” and plans to make the day a celebration of not just the CPL, but of soccer in the city.

But for visiting York9 FC head coach Jimmy Brennan, the initiative – and the sea of orange it will bring – doesn’t even begin to trouble his squad’s preparations.

“It’s not going to change anything,” Brennan affirmed, when asked by CanPL.ca about Forge’s attendance plans following a training session on Friday. “It’s the game itself we’ll be focused on, regardless of the crowd. And we absolutely won’t be an intimidated squad – we’ll be a side that welcomes any challenge. So, that doesn’t affect anything we do or any of our plans.

“If anything, it’s going to be more motivation for us to really get up for the game and obviously cause an upset.”

Still, it’s not every day Brennan’s side will be playing in front of some 25,000 fans, most of whom will be avidly rooting against their green-clad players. One of York9’s more experienced talents, Kyle Porter, has seen his fair share of hostile crowds, and, like a maestro in front of an orchestra, he reckons his team can play Hamilton like a fiddle.

“The environment definitely plays a part, but we can dictate the crowd by the football that we play,” Porter told CanPL.ca. “If we come in there and we dictate the game, the crowd? We’ll eliminate that factor.

“It’s a bit of an accomplishment, silencing the crowd,” Porter continued. “That’s when you know you’re doing the right thing on the field. We’ll come out with a game-plan, and make sure we’re prepared for the battle ahead of us, and with that plan, we’ll execute to the best of our abilities.”

A big component of that plan is relishing the prospect of playing spoiler. As Hamilton celebrates itself and the history of the moment, Brennan will work with his team to dampen the occasion considerably.

“The plan is to go there and be the spoiler and quiet the crowd and walk away from there with three points,” the York9 head coach said, with a wry smile. “That’s our goal, that’s our game-plan, and that’s what we’re going to be working at.”

He continued: “We’re playing a part of history here. So, really, for myself, I won’t have to motivate these guys anyway. They’ll be wound up as it is and excited to play there. We’re going to be playing with controlled emotions, though. We won’t let the occasion get the better of us, but it’s a challenge we’re fully embracing.”

The weight of the occasion might suggest that Forge FC is facing more pressure to succeed on April 27. But there’s no need to downplay the day, either.

“I’m not going to be making the occasion lighter,” Brennan said, when asked how he’s preparing his team for the inaugural match. “It’s going to be intense, but our guys will be able to handle that. We have a bunch of guys that are up for it and thrive with these challenges. We’ll be raring to go for that game, I’ll tell you that much.”

Porter agreed: “At the end of the day, we’re all professionals. You’re going to go into hostile environments, but it’s about what you do on the field. That’s what we’re preparing for and that’s what we’ll show on that day.”