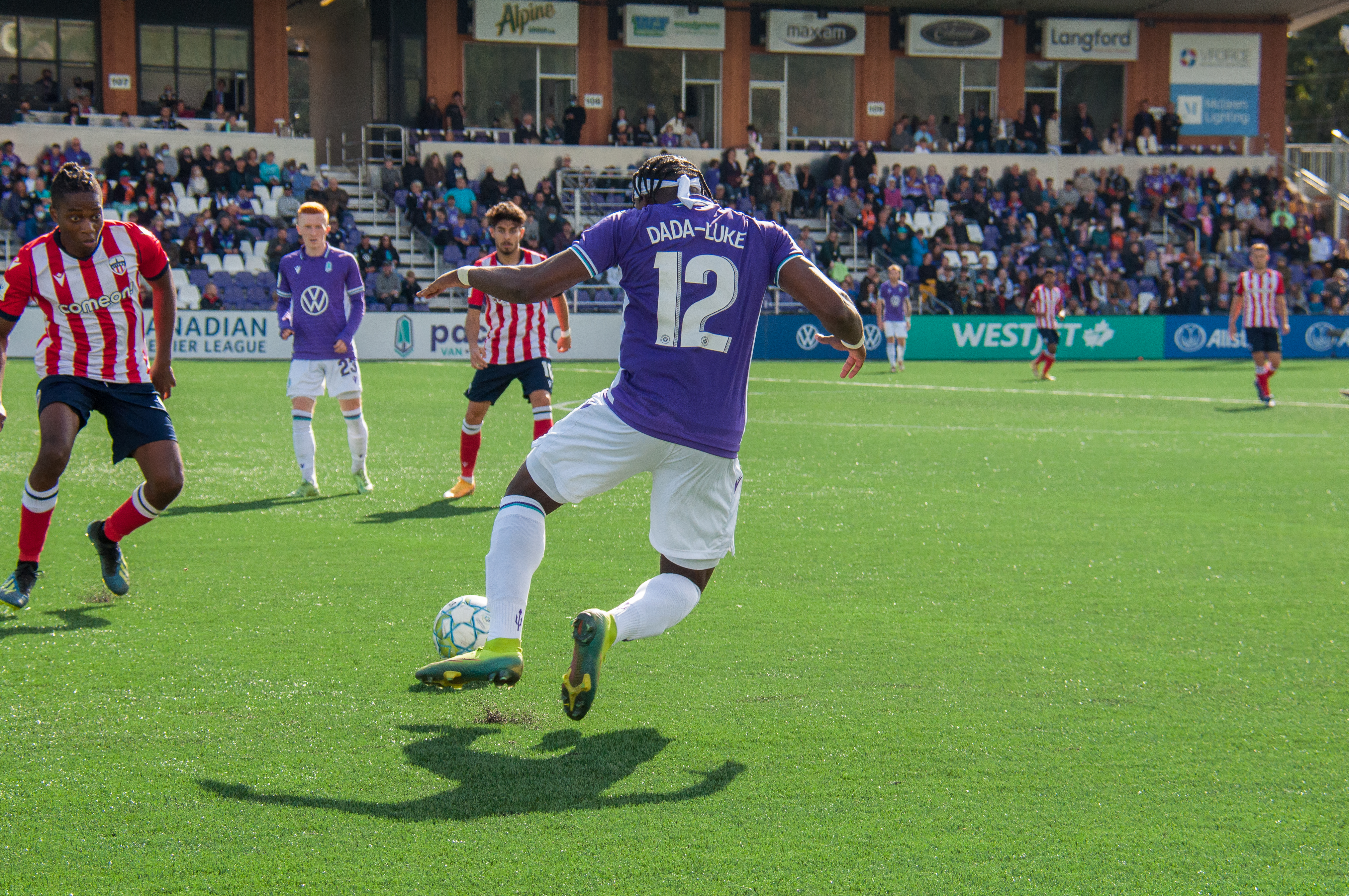 An 86th-minute header from Terran Campbell tied the match late for Pacific FC on Sunday, earning them a point against visiting Atlético Ottawa.

Brian Wright gave Ottawa the lead in the first half with a tap in from close range after an impressive run from Alberto Soto, but it would be cancelled out in the second half by Campbell’s heroics. Ottawa put in a spirited performance, but it wasn’t enough to end their winless streak.

Here are your sights and sounds from Sunday night’s match.

A FANTASTIC save from Dylon Powley to keep Lukas MacNaughton from equalizing, keeping @atletiOttawa ahead vs. @Pacificfccpl in this one, still 1-0#CanPL | 🔴 https://t.co/hishXepRT3 pic.twitter.com/NfaWCrconc

Better late than never! Terran Campbell heads in from a beautiful cross from Jordan Haynes to level this game between @Pacificfccpl and @atletiOttawa #CanPL | 🔴 https://t.co/hishXepRT3 pic.twitter.com/upJ5tlTGC5