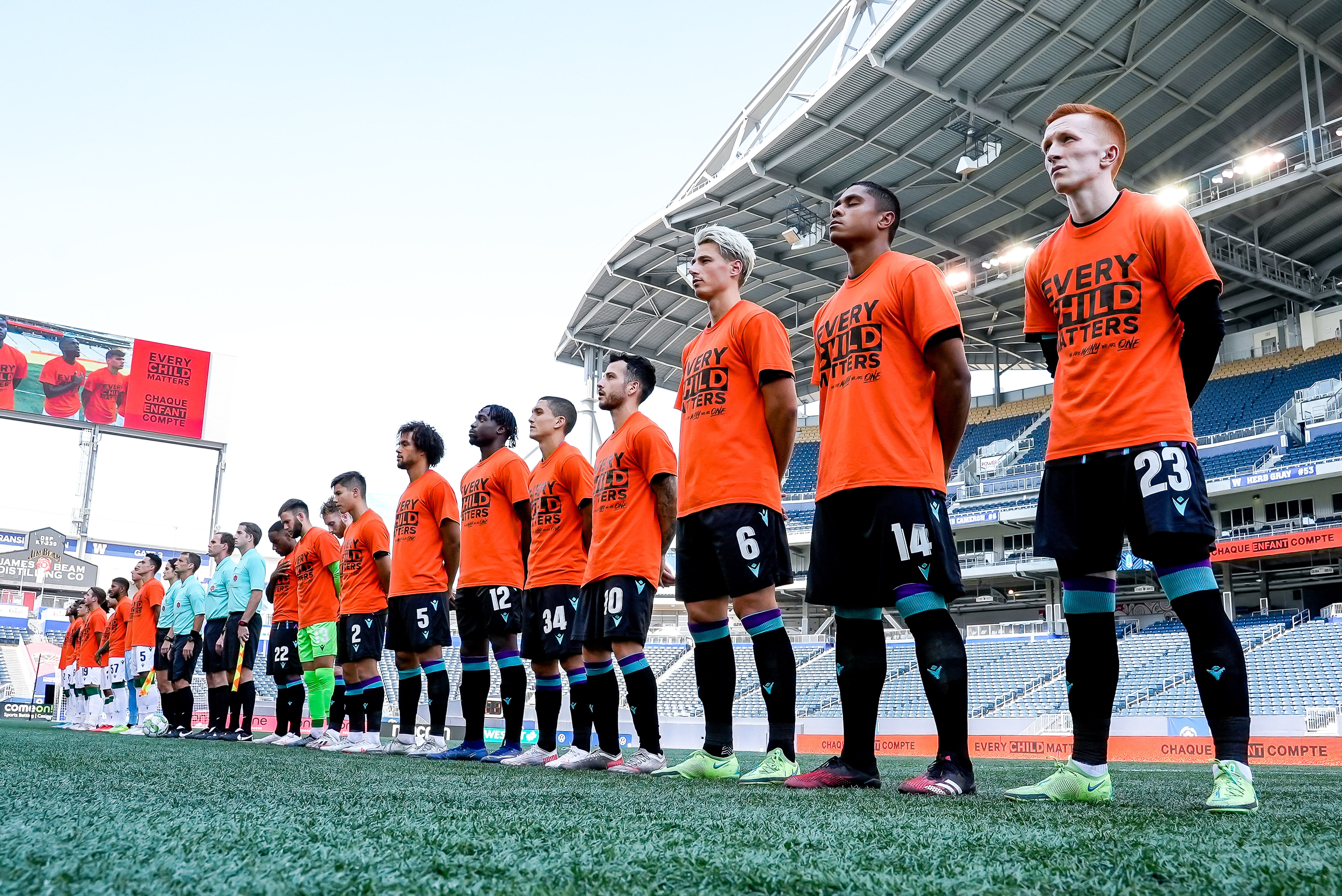 Pacific FC and York United played out an entertaining 2-2 draw in their second matches of the 2021 CPL season Thursday.

York opened the scoring against the run of play after a half-hour when a well-worked move between Michael Petrasso and Max Ferrari gave Diyaeddine Abzi his second goal in as many games. Josh Heard would equalize for the Tridents after halftime after finding himself the ball at his feet in the box.

For the second game in a row, though, York suffered from an inopportune play at the back. Chrisnovic N’sa’s play on a cross in the 67th minute sent the ball looping over Nathan Ingham and into the net for a crucial go-ahead goal.

Thankfully for York, substitute Jordan Wilson gave the Nine Stripes a vital equalizer in the 82nd minute with a header following a corner kick scramble.

Here are your sights and sounds for Thursday evening’s match.

They don’t ask how they ask how many! pic.twitter.com/n7tG6Fy8qm