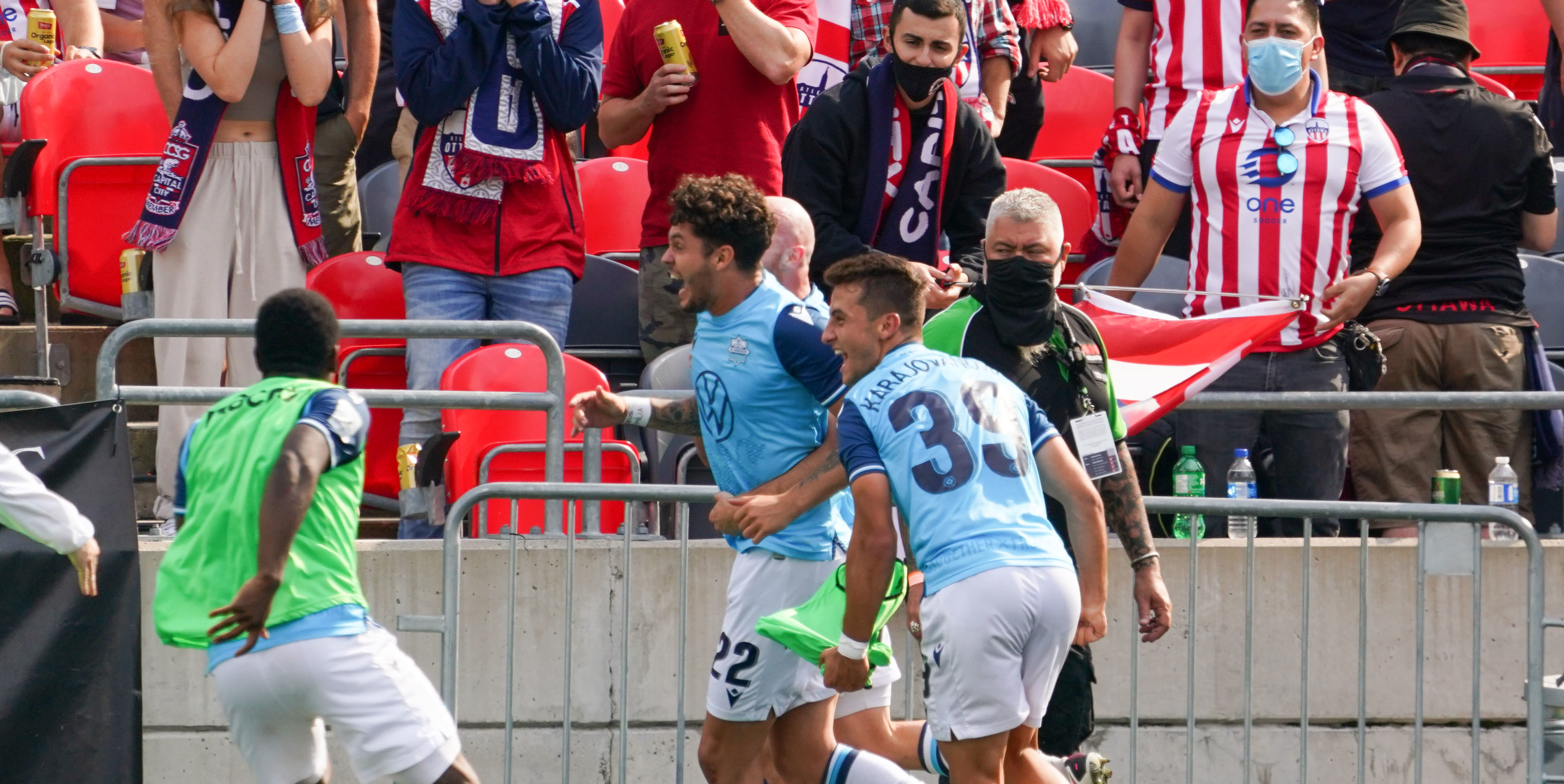 HFX Wanderers FC made up some ground in the playoff race on Saturday with a dramatic 2-1 win on the road against Atlético Ottawa.

After going up 1-0 with a penalty kick in the 17th minute, the Wanderers weathered a storm for a while to take a lead into halftime. Ottawa managed to equalize just after the break, though, as a long ball from Viti Martinez found Malcolm Shaw for a strong finish.

Just as it looked like it would end 1-1, though, the Wanderers got a dose of heroics from Joao Morelli (who else?) to steal all three points with a last-gasp winner.

Here are your sights and sounds from Atlético Ottawa vs. HFX Wanderers.

17’ @atletiOttawa 0-1 @HFXWanderersFC @Jmorelli_96 becomes the first player to hit the ten goal mark this season as he converts the penalty to give HFX the lead 🌊 #CanPL l 📺: @onesoccer
pic.twitter.com/sdI3vzDMXR

Viti Martinez finds @zaiahshaw who find the back of the net and we are level in Ottawa #CanPL l 📺: @onesoccer
pic.twitter.com/iRBcEOPJNt