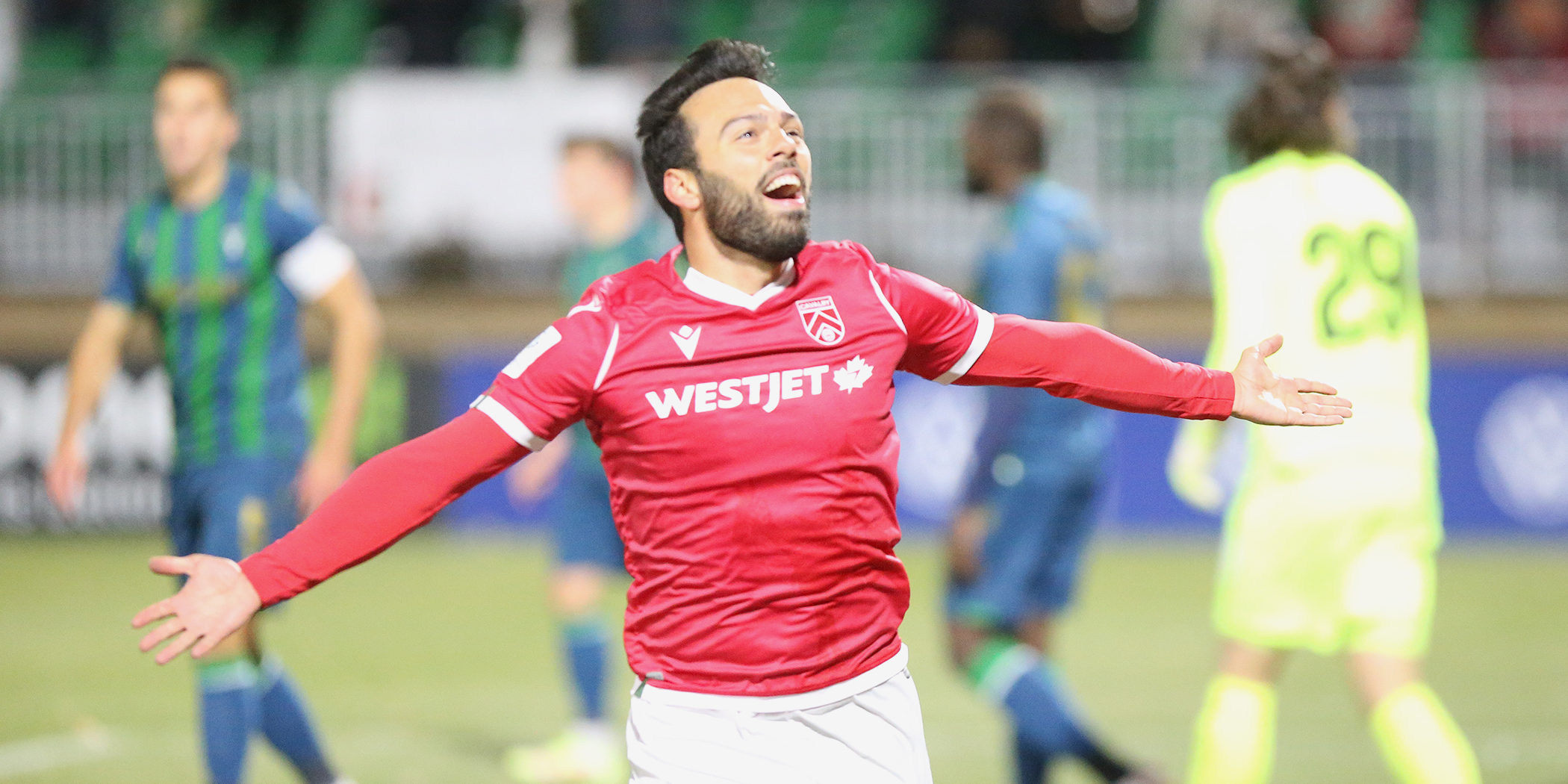 Cavalry FC leapt to the top of the CPL table on Thursday night, beating York United 2-1 at ATCO Field on a chilly evening in Calgary.

Although York went ahead just five minutes in courtesy of Isaiah Johnston, Cavalry managed to equalize from a corner kick in the 28th minute as Sergio Camargo managed to get it over the line. Just before halftime, Joe Di Chiara earned himself a red card to put Cavalry on 10 men, but the hosts remained strong defensively and eventually found their goal off another set-piece with just 10 minutes to go (ultimately charged as an own goal to Chrisnovic N’sa).

So, York remain just outside the playoff places, as Cavalry move up ahead of Forge and Pacific.

Here are your sights and sounds from Spruce Meadows.

GOAL 👑@YorkUtdFC strike early vs. @CPLCavalryFC as Isaiah Johnston gets his shot past the 'keeper after a strong team-wide push forward#CanPL 🇨🇦 | 📺 TELUS ch. 980 | 🔴 https://t.co/hishXepRT3 pic.twitter.com/enHyEIZxmN

A goal-line clearance or a clear-cut goal?

Looks to be the latter for Sergio Camargo as @CPLCavalryFC sneak one past @YorkUtdFC off a corner to equalize here!#CanPL 🇨🇦 | 📺 TELUS ch. 980 | 💻 https://t.co/hishXepRT3 pic.twitter.com/Ef1mmYdyOg

Joe Di Chiara is SENT OFF for grabbing Max Ferrari by the back of the neck during a coming together between @CPLCavalryFC and @YorkUtdFC 😬#CanPL 🇨🇦 | 📺 TELUS ch. 980 | 💻 https://t.co/hishXepRT3 pic.twitter.com/srWDml6e92