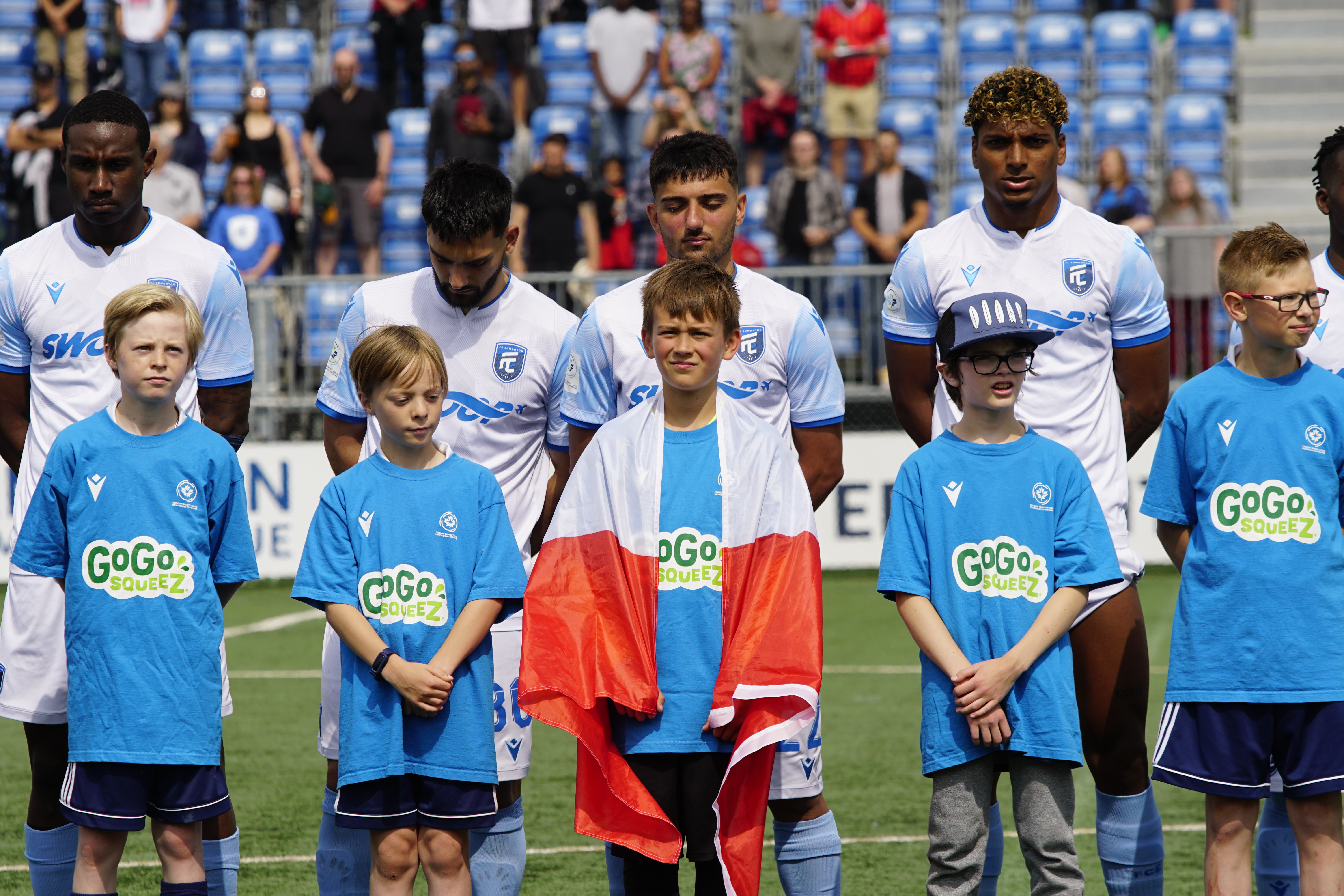 Canada Day continues to be a celebratory occasion at Clark Stadium, as FC Edmonton picked up their third July 1 win in club history. This time it was also a first-ever CPL win over York United by a dominant 3-0 margin.

Bicou Bissainthe, Mamadi Camara and Gabriel Bitar had the goals, while Andrea Vaikla kept his third clean sheet of the season. It is the second win in three matches for the Eddies.

Here are some sights and sounds from Edmonton, Alberta.

😮 @FCEdmontonNow score again! @BitarGabriel20 makes it 3-0 and The Eddies are seemingly well on their way to another victory #CanPL | 📺 @onesoccerpic.twitter.com/XINKFvDz77

After @MastaKacher reached a milestone of 150 career matches this afternoon, we gifted him a team-signed ball for achieving that big milestone.