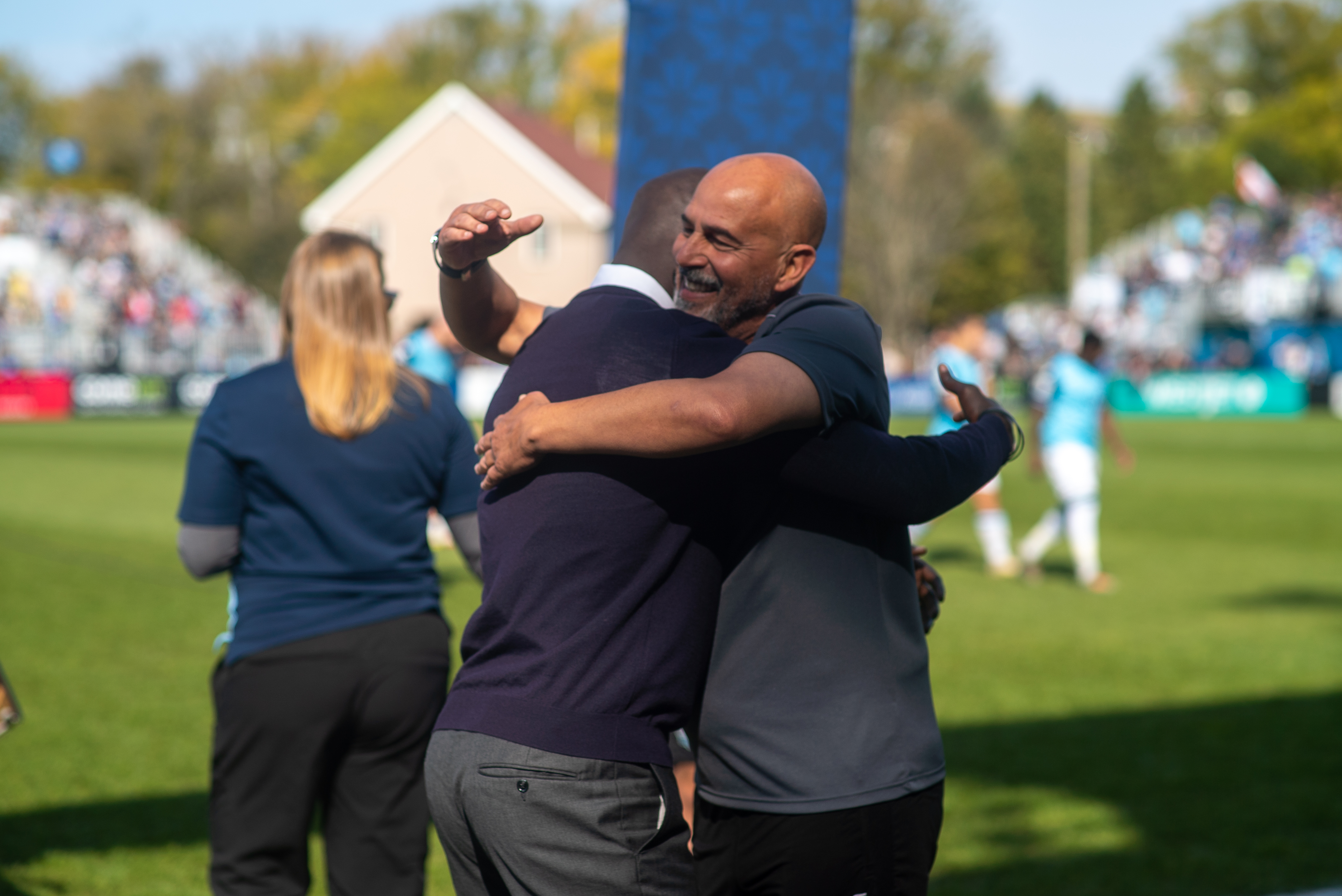 HFX Wanderers FC pulled off an important and impressive result against league-leaders Pacific FC on Thanksgiving Monday to reinvigorate their playoff hopes. Abou Samake’s own goal, while uninspiring, doesn’t tell the whole story for a Halifax team that out-played the Tridents with an aggressive hard-nosed pressing style that brought a packed Wanderers Grounds to their feet repeatedly.

With the result, the Wanderers leapfrog York United for the fourth and final playoff spot taking a one-point advantage while York remains with a game at hand.

Here are your sights and sounds for Monday’s match.

Late drama in this one! An effort from Sam Salter goes off the boot of Samaké and into his own net. @HFXWanderersFC has a late 1-0 lead over @Pacificfccpl in this one.