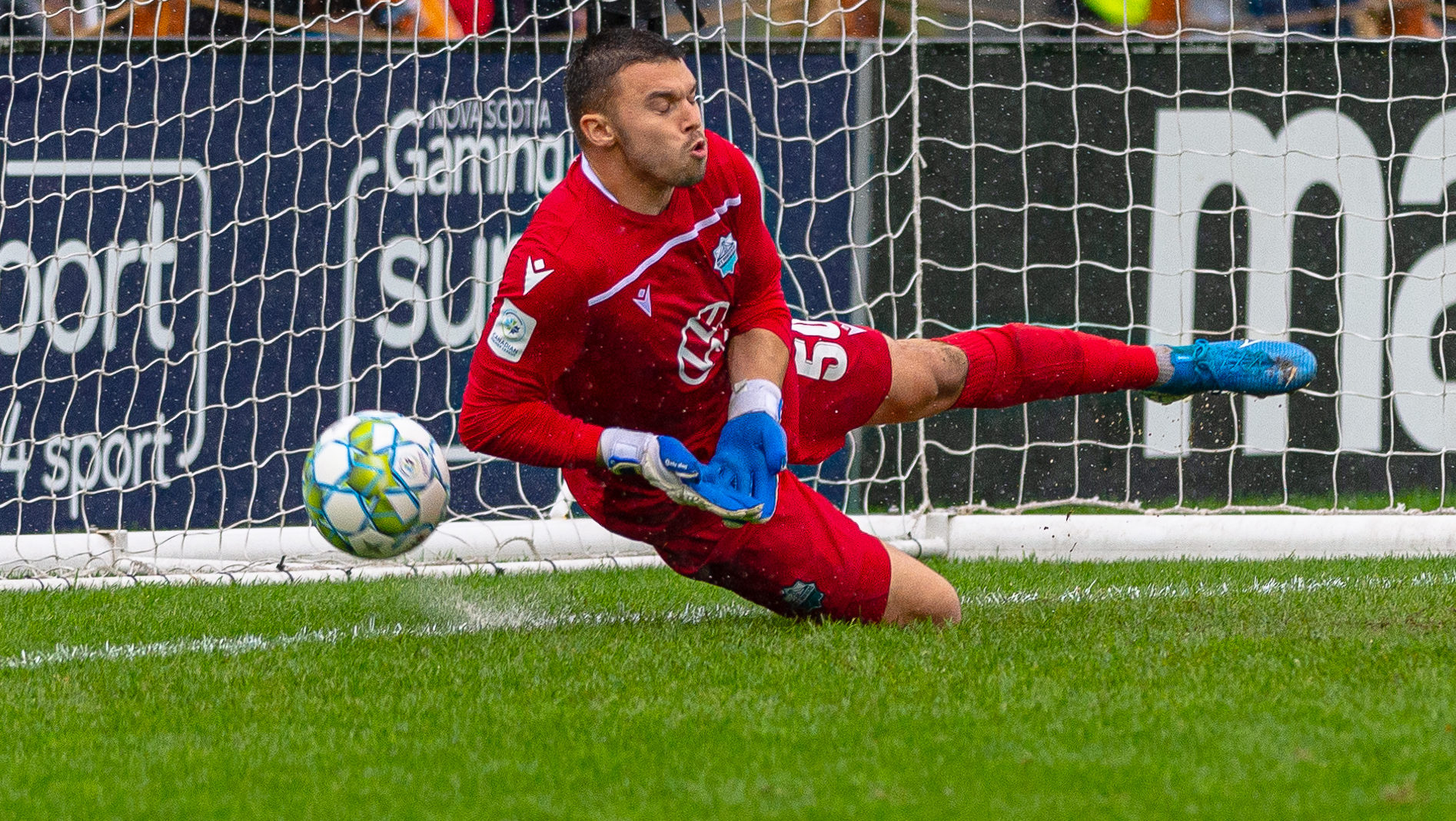 York United and HFX Wanderers split soiled spoils 3-3 on an unhinged Labour Day afternoon at Wanderers Grounds. After 80 minutes, the Nine Stripes looked destined for a victory on goals from Diyaeddine Abzi and Julian Ulbricht. But back-to-back penalties – in the span of two minutes – on contact from Jordan Wilson to Stefan Karajovanovic evened the match. Alvaro Rivero’s goal of the season-contending long-range effort was quickly matched by the Wanderers in a wet and wild slapdash conclusion to the match in Halifax.

Unfortunately for both teams, the Canadian Premier League title isn’t decided by entertainment value. Monday’s result saw York and HFX, rooted in fifth and sixth place, stand back three and four points from the fourth and final playoff place, respectfully.

Here are your sights and sounds from Monday’s tilt.

Here's one from right off the training ground – Diyaeddine Abzi opens the scoring for @YorkUtdFC vs. @HFXWanderersFC with this set piece routine, written up straight outta practice! 👀#CanPL 🇨🇦 | 🔴 https://t.co/hishXepRT3 pic.twitter.com/ifxbE8cg3Z

GOAL 🌊@HFXWanderersFC cut the lead vs. @yorkutdfc as Joao Morelli scores from the penalty spot in the 85th

Halifax then get TWO penalties in a row to equalize.

… and then Alvaro Rivero scores THIS!? 😱