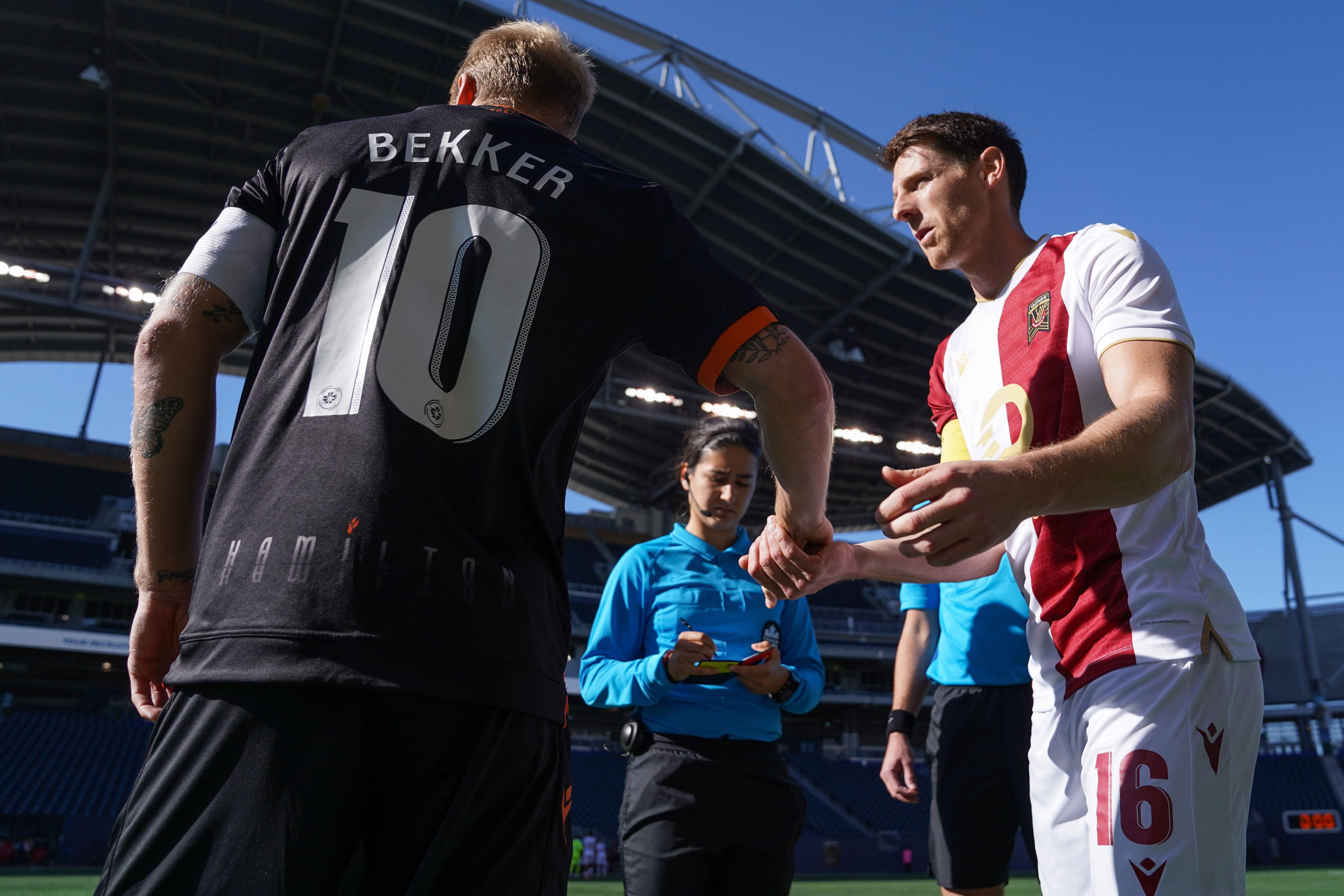 Valour FC at last have their first win under Phillip Dos Santos, as they pulled off an entertaining 3-1 victory at IG Field over defending CPL champions Forge FC.

The Winnipeg club took control from the early going, with Rocco Romeo scoring the opener just five minutes into the game. Forge pressed for an equalizer, and they were finally rewarded with a Garven Metusala goal late in the first half, but William Akio put the hosts back in front before halftime with a sensational solo run.

Despite plenty of changes, Forge couldn’t break through in the second half — and instead, Moses Dyer gave Valour some breathing room by scoring their third of the afternoon to establish a 3-1 scoreline that would stand until the final whistle.

Here are your sights and sounds from an eventful Thanksgiving Monday in Winnipeg.

The right place at the right time

A goal worth flipping out for 🤸‍♂️

What a solo effort from @willyakio that gives @ValourFootball the lead again #CanPL l 📺: @onesoccer
pic.twitter.com/T1z9Vf52yt

Make it three for @ValourFootball 3️⃣@mosesjdyer picks out the bottom corner to give his side the 3-1 lead #CanPL l 📺: @onesoccer
pic.twitter.com/XZOzQzl7aT