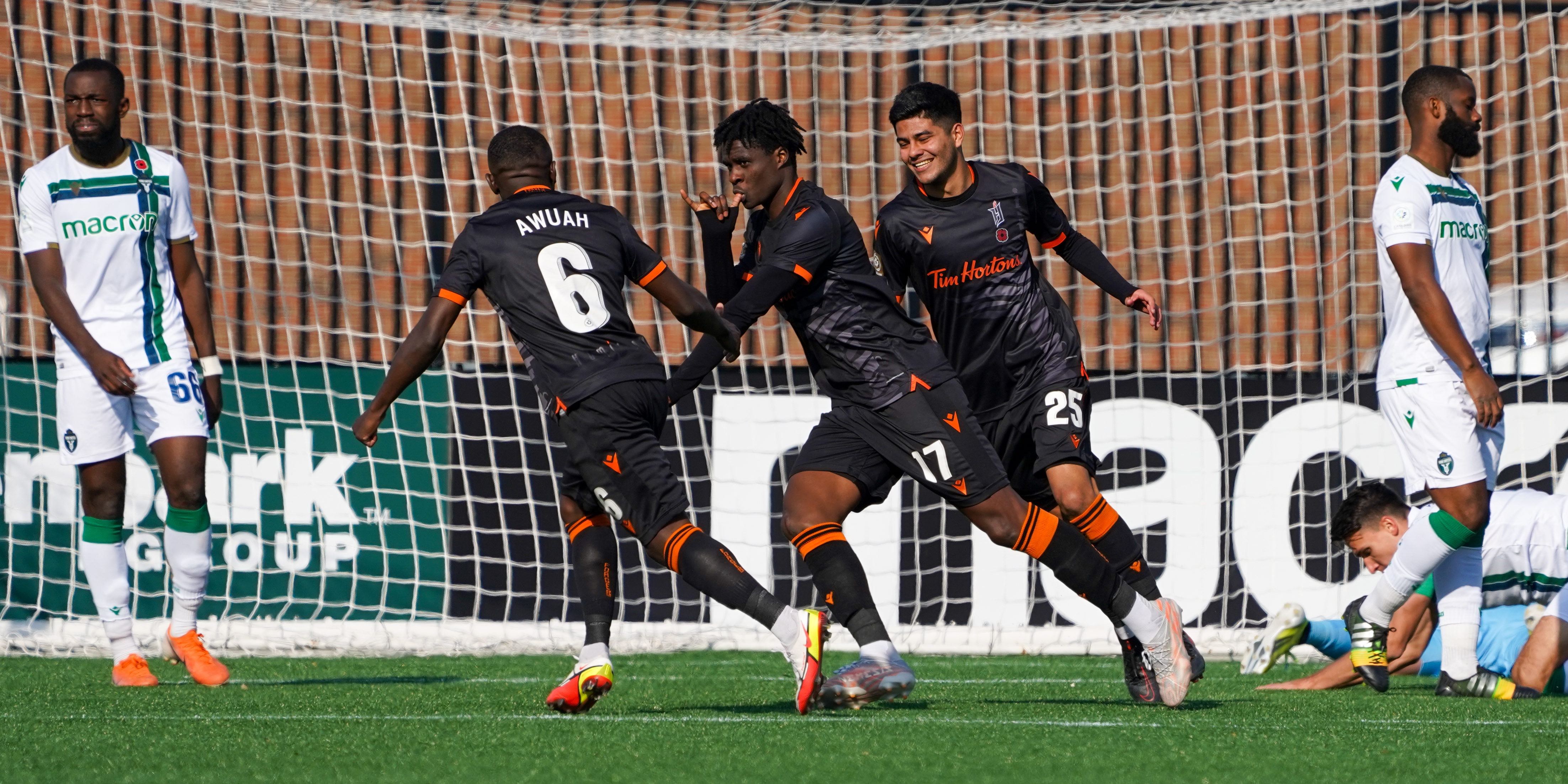 Though they took the lead in the first half, York United fell 2-1 at home to Forge FC on Saturday, meaning they’ll have to wait to determine their fate in the hunt for playoff positioning.

Diyaeddine Abzi opened the scoring in the 29th minute, but Forge scored twice in the second half courtesy of Woobens Pacius and David Choiniere to claim all three points — as well as first place in the CPL standings.

These sides will meet again on Tuesday night, but for now it’ll be Forge who are happiest after this 905 Derby.

Here are your sights and sounds from York Lions Stadium.

Diyaeddine Abzi steamrolls his way to a 1-0 lead over @ForgeFCHamilton for @YorkUtdFC… and gives his team one foot into the #CanPL playoff door!

David Choiniere gives @ForgeFCHamilton the leg-up in this #905Derby clash vs. @YorkUtdFC, scoring late for a 2-1 lead with 10 minutes remaining #CanPL | 🔴 https://t.co/hishXepRT3 pic.twitter.com/rR2oXEZBgd