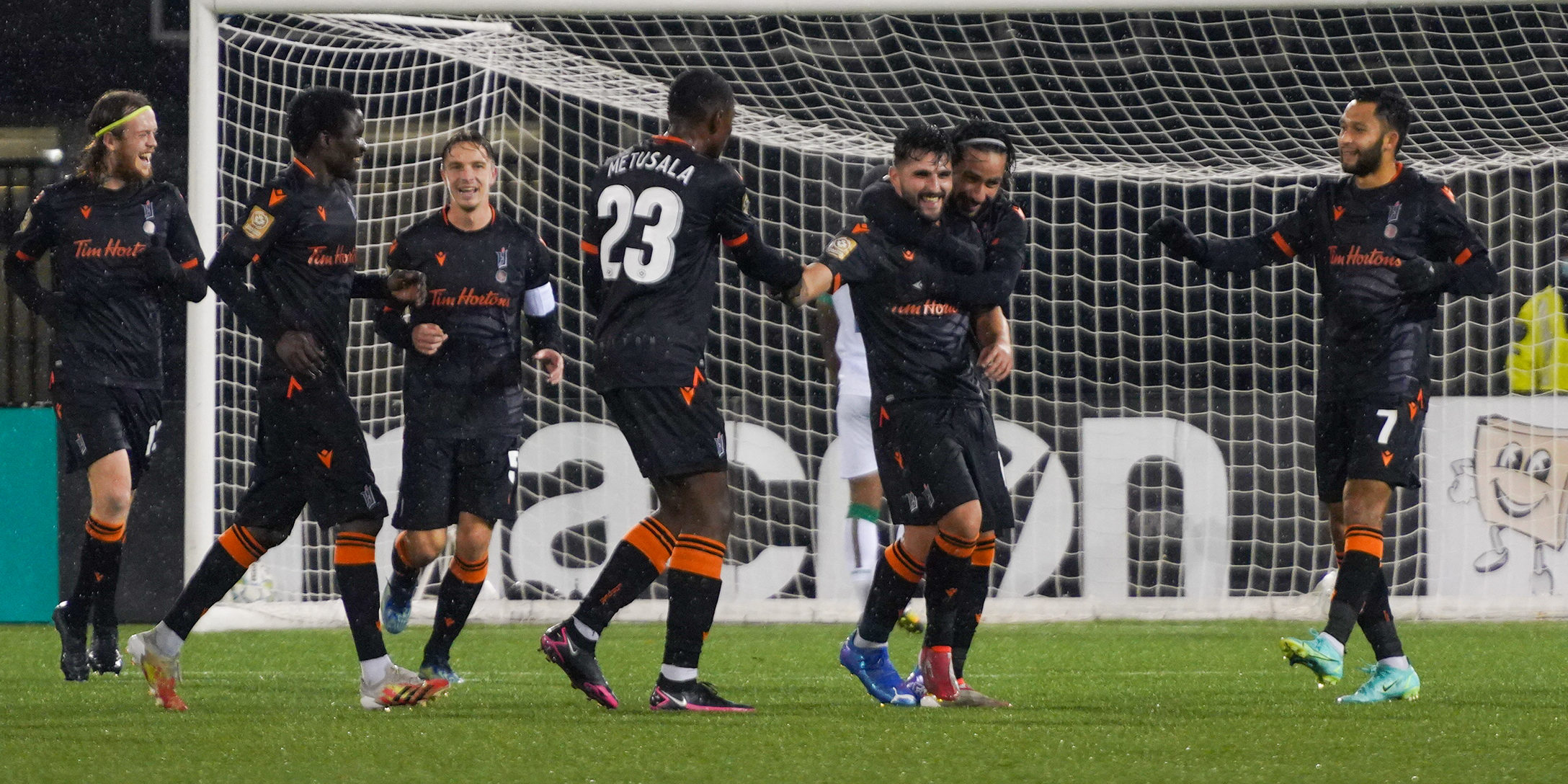 Forge FC clinched first place in the CPL on Tuesday night at York Lions Stadium, as they downed 905 Derby rivals York United 3-1 in the Nine Stripes’ final home game of the 2021 season.

Tristan Borges, Daniel Krutzen, and Alexander Achinioti-Jonsson all found the net for Forge, as Lowell Wright’s strike for York wasn’t quite enough to pull out the result on a rainy evening.

The two sides will meet again in Hamilton on November 21 in the CPL semi-final, although Forge have a couple more league games left to play before then.

Here are your sights and sounds from York Lions Stadium, for the final time this year.

Tristan Borges smacks home a long-range free-kick goal to give @ForgeFCHamilton a 1-0 lead over @YorkUtdFC… and what a hit! #CanPL 🇨🇦 | 🔴 https://t.co/hishXepRT3 pic.twitter.com/cSrjAoRolp

Tonight at half time, the club was delighted to announce the contract extension of Cedric Toussaint! 🖊

A lesson in counter-attacking football, by @YorkUtdFC