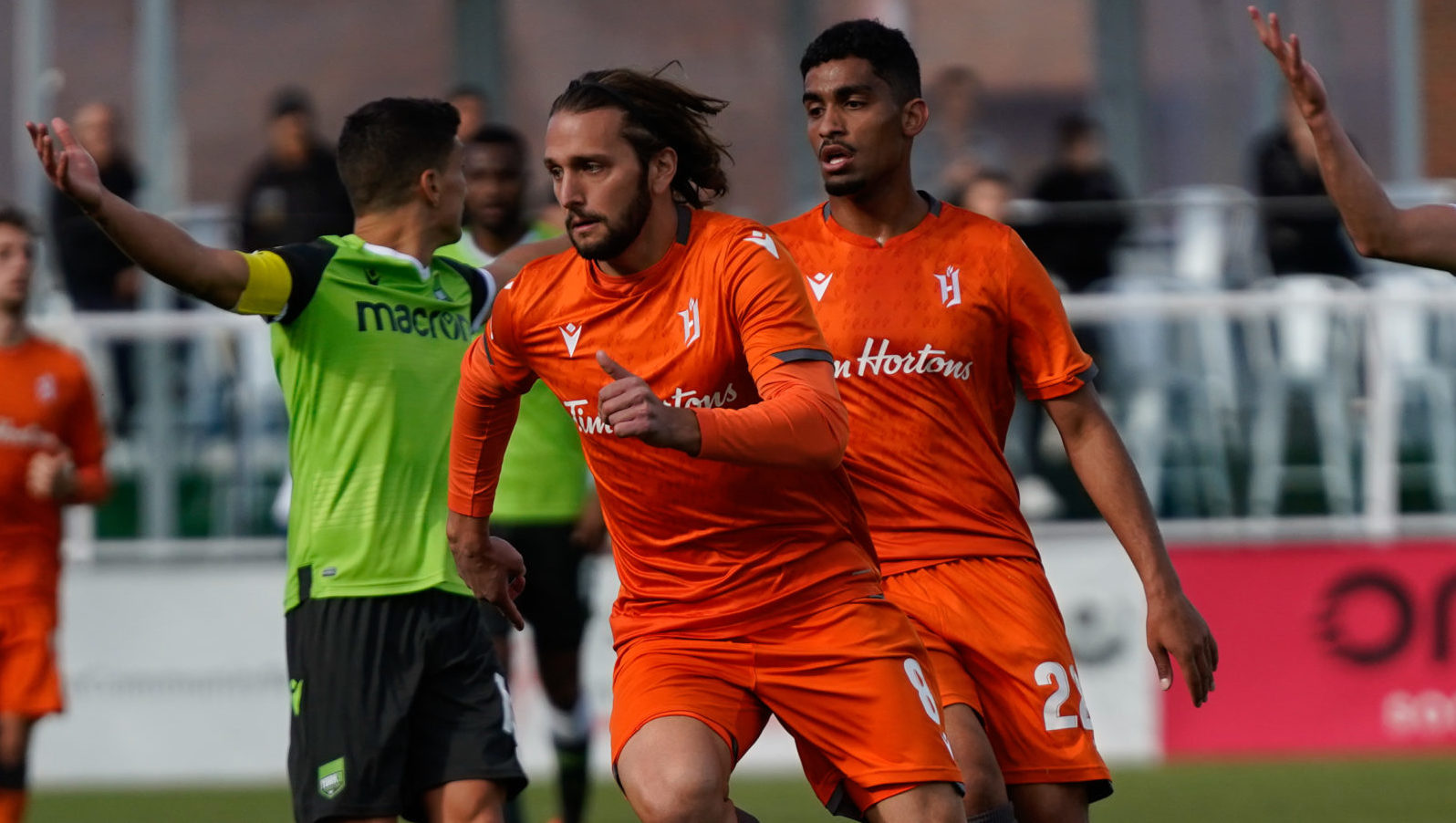 Having just witnessed his side completely outplayed and outclassed in an embarrassing 4-0 loss to York9 FC in the final 905 Derby of the season, the Forge FC coach, while disappointed with the result and his team’s performance, didn’t go off on a passionate tirade or throw his players under the bus.

Instead, Smyrniotis was in a contemplative mood, choosing to look at the big picture. With Forge coming off a midweek road loss to Cavalry FC, Smyrniotis heavily rotated his squad on Saturday, resting several key starters with another marquee showdown against the Cavs looming on Wednesday at home.

“I think it’s simple: It wasn’t our best performance of the year,” Smyrniotis replied when asked to diagnose what went wrong with his team against Y9.

“We’re in a quick turnaround from our game (vs. Cavalry) and travel. But we’ve been doing what we’ve done the last few games, trying to rotate the squad with four or five guys per game – some games, six. Today, we just ran a little bit out of energy.

He later added: “It’s the one game this year that uncharacteristically gets away from us.”

Yes, fielding what was essentially a “B team” against their 905 Derby rivals essentially cost Forge any chance of winning the Fall season – the Cavs have a game in hand, and can clinch the Fall title with a draw on Wednesday in Hamilton.

But Smyrniotis has much bigger fish to fry, and he has his sights firmly set on the Canadian Premier League Finals against the Cavs, with the first leg slated for Oct. 26 at Tim Hortons Field and the return match on Nov. 2 at ATCO Field at Spruce Meadows.

Would Smyrniotis have liked to have won against Y9? Of course. But he made no apologies for heavily rotating his squad on Saturday – notably, defender David Edgar, goalkeeper Triston Henry, and the league’s top scorer Tristan Borges didn’t start.

Smyrniotis has a CPL championship to win, after all.

“(Heavy squad rotation) played into the last few games. We’ve kept it consistent with moving the squad around and the performances have been good from most of the guys – not all of the guys – up until today. It’s been working for us, and at the end of the day we need to keep our eyes focused on (Finals 2019). … That’s always in the back of our heads,” Smyrniotis said.

Smyrniotis could have some more rotating to do in the Cavalry match on Wednesday, as Swedish midfielder Alexander Achinioti-Jönsson was subbed out in the first half against York with a concussion. Jönsson has been a standout for Forge, playing close to 1,800 minutes in 27 appearances in all competitions this year, so it’d be a big loss for Forge if he can’t play versus the Cavs.

“We don’t know how serious (or) mild it is,” said Smyrniotis, adding that the Swede will undergo tests in the coming days to determine the severity of his concussion.

A bright spot for Forge on the day was the play of Oluwaseun Oyegunle, a 16-year-old defender who made his CPL debut when he entered the game as a second-half substitute. Oyegunle, a Sigma FC product and Toronto native, held his own in his brief cameo after only signing with Forge last month.

“It’s always a tough thing. Sometimes you can throw out a young attacker onto the field and they have a bit more freedom because if they make a mistake (it’s not as big of a) problem. But when you put a young defender out there, he knows that he’s the last line,” Smyrniotis said.

Smyrniotis felt it was important to hand the Canadian teenager his CPL debut, giving him a taste of the league and what to expect as he begins his pro career.

“I thought he could help us out defensively; it wasn’t just a matter of him getting minutes, and I think it just helped his confidence as a young man. This is what we want in this league as we go forward. We need some of these (young) guys to start playing.”