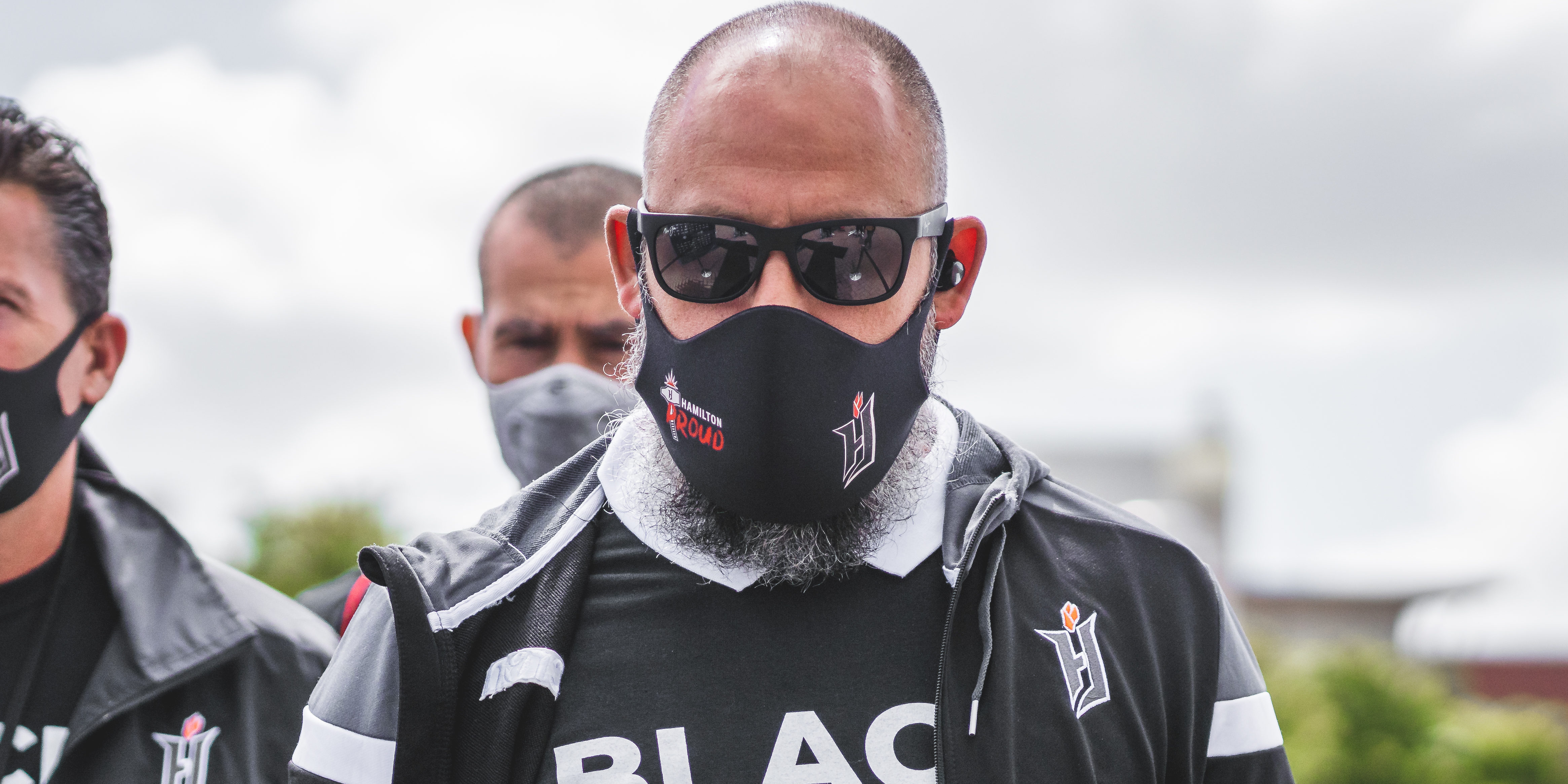 It’s been a very long time since the CPL champions last kicked a ball.

At last, though, Forge FC can see light on the horizon, with Saturday’s announcement that their 2021 season will kick off on June 27 against Valour FC, in the CPL’s single-venue setup in Winnipeg that will open the league’s third year.

The months since Forge’s 2020 campaign ended (later than every other CPL club, with their Concacaf League run that finished in December, but still) have been arduous, with the club generally kept away from the training pitch due to Ontario’s COVID-19 restrictions.

Coach Bobby Smyrniotis, for his part, is just glad to finally have something to work toward.

RELATED READING: CPL off-season roster tracker: Who’s in and who’s out for 2021? || 2021 CPL season to begin June 26 with single-site format in Winnipeg

“This is why we’re all involved in this beautiful game: to play games,” he told CanPL.ca on Tuesday. “Everyone likes to train, you like to fill up your time and talk about things, but nothing’s better than having games to talk about. I think everyone’s excited.”

The two-time reigning champions of the CPL are eager to defend their title over a full-length 2021 season, but Smyrniotis acknowledged it may be challenging to come out of the gates in good form, with many of their opponents having been in training for weeks already. Smyrniotis revealed that, in the past few days, Forge has been able to return to the pitch in groups of less than 10, which should help with the squad’s general fitness levels, but nonetheless the team is preparing to take on sharper opponents — which, in fairness, they have some experience with from the Concacaf League.

“I think you just have to take things and be realistic about them,” Smyrniotis said. “Now we’re back on the field, and I can’t even remember the last time we were on the field before. It makes things difficult, but you’ve just got to look at the long run of things and, as I said in the past, let me know what the path to getting there is and we’ll do the math and we’ll figure everything out.

“The good thing is we’ve got 15 or so returning players, we’re not reinventing the wheel on how we play or what we do. The culture’s in the dressing room, everybody understands what it means to be part of Forge. New guys come in here and they adapt quickly; the tough thing that, mentally, players are always wary of is you’re playing for Forge, which means you’re expected to be a champion.”

Still, Smyrniotis admitted: “It’s a group of players that may not be fully physically prepared come the 27th of the month, but from a football side of things I think we’ll be as prepared as possible.”

The core of Forge’s roster is, as Smyrniotis pointed out, mostly consistent from the 2020 squad. Key players like Kyle Bekker, Daniel Krutzen, and Kwame Awuah are back, and they’ve even brought 2019 Player of the Year Tristan Borges back on loan. A few names have moved on — striker Anthony Novak made the swap to Cavalry FC, and defensive stalwart David Edgar retired (returning to Forge as an assistant coach).

For the latter, Forge managed to find a near-perfect replacement in fellow Canadian national team veteran Dejan Jakovic. Smyrniotis explained that he’s known Jakovic since the defender’s time at the University of Alabama around 15 years ago, and he’s followed his career ever since.

“Dejan was a player in MLS last year playing considerable minutes and doing a great job,” Smyrniotis said. “Both sides aligned, and he wanted to be part of a club that’s fighting for something and a club that’s in his home country… Sometimes these things come up and they’re too good to turn a blind eye to.”

With Forge only just starting to prepare on the training pitch, Smyrniotis hasn’t quite been able to map out what Jakovic’s role in the side will be — whether he’ll be a like-for-like Edgar replacement or not. Regardless, the 35-year-old is sure to be a key piece.

“As a player, there’s no doubt in his qualities,” Smyrniotis added. “We’ve seen it in a small sample the last few days just getting back on the pitch, in how he commands his area, he has very good composure on the ball and making decisions, he closes things down defensively.

“[Jakovic and Edgar] are similar players in a lot of the off-field stuff, but they’re also very different players on the field.”

As for filling out the rest of the squad (as it stands, Forge has 17 players signed, meaning they have space for six more) ahead of The Kickoff, Smyrniotis teased that he’s got a few surprises coming.

Last year, Forge made some major additions just before the Island Games, with Mo Babouli and Maxim Tissot. It seems they may have a trick or two up their sleeve this time around as well.

“There’s a sprinkle of quite a few different things,” he said. “There’s some depth players, some young players, and some players we expect to come in here and play a very significant role. I think we’ve got a mixture of signings to be announced in that capacity; some of the guys are in training with us right now, and a couple of guys are still outside of the borders that we hope to get in.”

Ultimately, though, Smyrniotis is just thrilled to be back in action — although he added that he’s glad to be kicking off on the second day of matches, to give him a chance to see some of the other CPL clubs and how they’ve changed.

The champions are back; will they be able to hold on to their title?