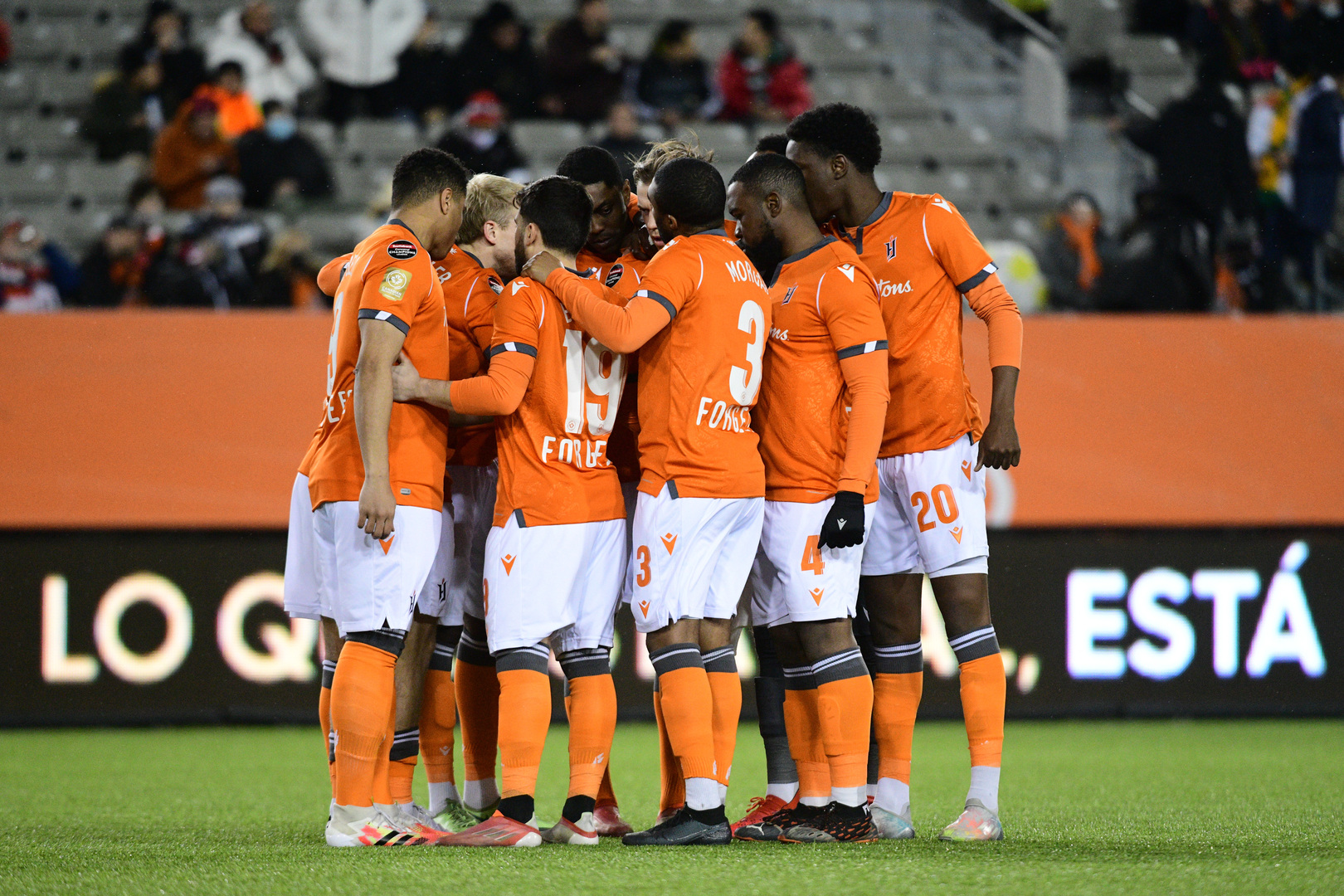 Forge FC made their Concacaf Champions League debut on Wednesday evening, taking on Mexican club Cruz Azul in the first leg of their round of 16 tie.

The match, which took place at Hamilton’s Tim Hortons Field, was won 1-0 by the visitors on a goal from Venezuela international Romulo Otero, who beat Triston Henry with a free kick that skipped off the turf and into the net at the back post.

Aside from the goal, Forge were evenly matched for long stretches of the match with the Liga MX side, and were very strong defensively. Alexander Achinioti-Jonsson and Garven Metusala in particular looked sharp, with Metusala earning praise from his head coach Bobby Smyrniotis after the match.

“The talent is immense in this country,” Smyrniotis said in his postgame press conference. “I think that you’ve seen that on the field. When you look at the two centre-backs on the pitch, and Dom Samuel especially who’s been an absolute rock for us for these three years and going into the fourth year; I think if Dom Samuel’s playing in Liga MX it’s a normal thing… Garven Metusala again today, a year ago he was in U SPORTS, and there he is playing in the Concacaf Champions League and next week he’ll be at the Azteca.”

The occasion wasn’t lost on Smyrniotis. For the first time ever a Canadian Premier League team was playing in the region’s biggest tournament

“If you look at the moment itself, I think it’s massive,” he said. “If you take away all the tactics and our feeling right now after, and you think about it, I think it’s absolutely excellent. For our club and what we’ve been doing in Concacaf competitions over these last three years, I think we keep on increasing the standard. It shows the trend that Canadian soccer is going.”

The team were unhappy with the result itself. They wanted a big result at home, and played well enough to come away with one, but it ultimately wouldn’t end up that way.

“We showed a lot of fight today,” said Forge FC defender Ashtone Morganafter the match. “All of us were pretty upset with the actual result, we all feel like there was something in that game for us. We had a lot of positive, we learned a lot about them, and we’ll take it into the next match.”

Morgan has the most Champions League experience in the Forge team, having played a number of games in the competition during his time at Toronto FC. Wednesday’s match was his debut for the club, and he played 80 minutes in a resilient performance from the Forge backline.

“I felt great, nothing better than a home game in Champions League play,” said Morgan when asked how it felt to make his debut for the club. “It felt great to be in front of my family, my loved ones, and the Forge fans. To put the jersey on and be out there with my teammates was great. Around a month of preparation for this match, and it shows. There was a valiant effort from us.”

That experience that he has will come in handy next week when Forge travel down to Mexico to play at Estadio Azteca, one of the great coliseums of football.

“We’re about to play on one of the most beautiful pitches in the world,” Morgan said with a smile. “There’s no better opportunity for myself and the entire club to go out there and express themselves. We don’t need to play with fear, or play with hesitation. We can play free, and play our style of football.

“There’s no better opportunity than to play Forge football on that pitch. We felt like we left something on the table, and we’re really excited and ready to get going and put up a fight.”

The second leg will take place next Thursday, February 24th, at 8:30 pm ET.