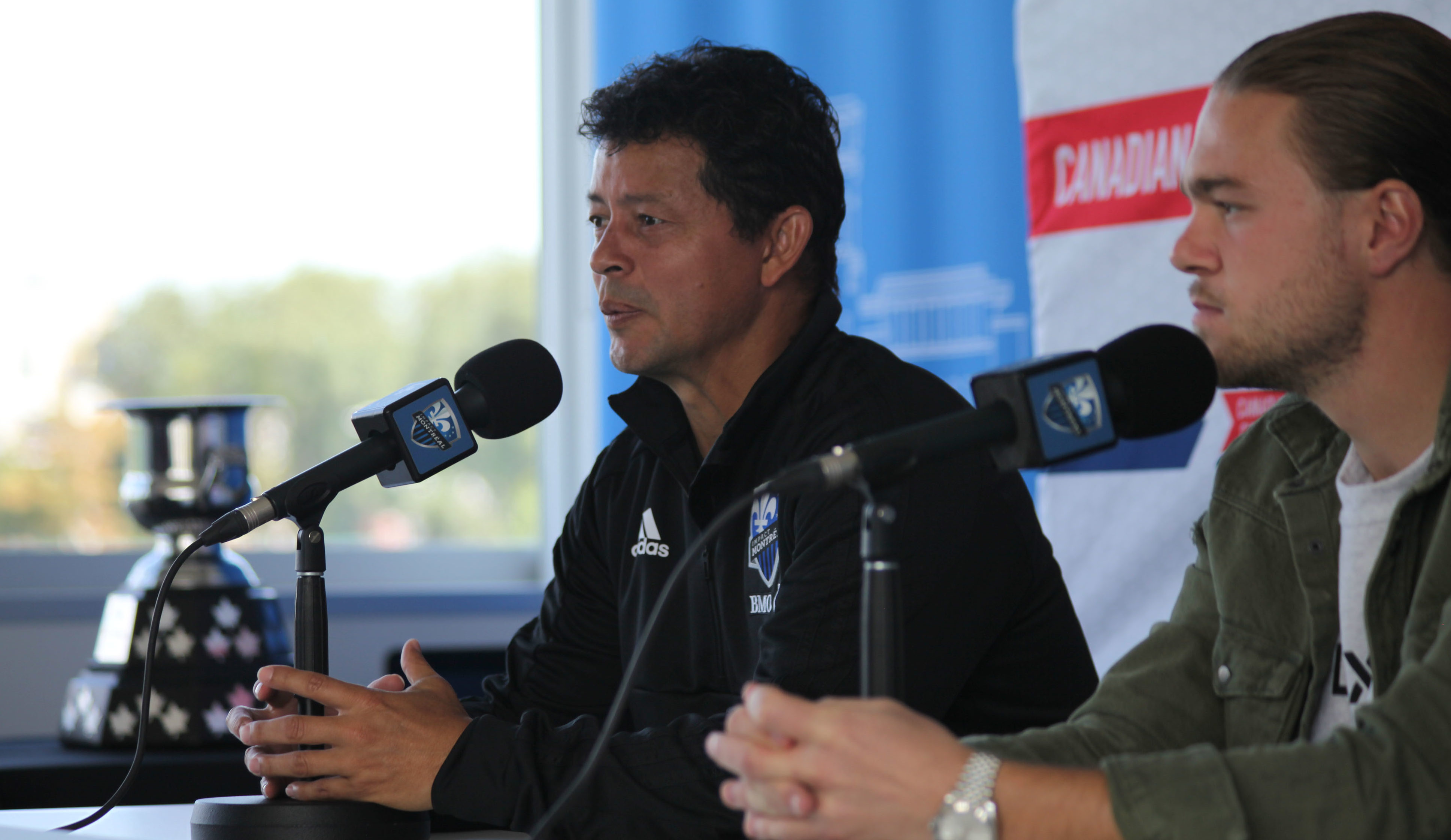 Confidence is a fickle friend, especially to those teetering on the brink of finding it … or losing it, entirely.

Case in point? The Montreal Impact went into a rivalry bout with Toronto FC in the 2019 Canadian Championship a little worse for wear, in more ways than one: Suffering from injuries, key absences, and fatigue, coupled with a less than stellar run of form that has seen the Impact pick up just one single win in their last seven league attempts, the Impact needed nothing less than a strong start if there would be any hope of overcoming Toronto and claiming the tournament.

Could you blame the Impact for feeling oh so good about a 1-0 result at Stade Saputo, in Leg 1 of the final on Wednesday night?

“It was really important for us to take this heavy load that we’re carrying off our shoulders after two losses at home,” newly-appointed Impact head coach Wilmer Cabrera said after the match.

“Nobody likes that. We didn’t like it, and we were feeling really bad about it, so today, it was a very good opportunity, in the first leg of the final, to try and go out and shake that off our shoulders.”

Consider it shaken. The Impact looked nothing less than in tip-top shape against the Reds, with, you guessed it, Ignacio Piatti scoring yet another goal against the Reds – his 11th in 13 appearances.

Now, the Impact need but a draw or another win to clinch the Voyageurs Cup.

“We didn’t make too many silly mistakes,” Cabrera offered, when asked what went right with his team on the night. “The guys were solid in cutting out those silly mistakes. You put pressure on you, you’re motivated, and in a final, you cannot do that. The fact that we cut those mistakes out and we were more solid allowed our players to be a little bit more comfortable with the ball.”

Cabrera is correct in his assessment, as home hasn’t been particularly kind to Montreal of late this season: a pair of MLS losses at Stade Saputo to D.C. United and FC Cincinnati played as a backdrop to the first leg against Toronto, compounded further by the fact that the Impact were outscored 0-4 by the two teams, too.

Coupled with the fact that Montreal sits outside the playoff line in the Eastern Conference, spirits weren’t necessarily at their highest, as one might presume.

“We were conceding goals that go through walls or deflections, it was killing us mentally, and putting more pressure on us,” Cabrera said, of his team’s poor run of form. “That kind of pressure affects your performance, because you stop being confident and taking risks, because you’re (afraid) you’re going to make another mistake. That’s the game we played.

“That’s why today it was important to regain the confidence, the spirit, and the tenacity to go for it. We have to bring that energy and that mentality in another final; I’m not worried about playing in Toronto. I know we’re going to give everything, that’s for sure.”

The second leg takes place on Sept. 25 at BMO Field (7:30 p.m. ET, available on OneSoccer). Whatever Cabrera’s side is feeling right now, the simple fact is that they’ll go into this match with a 1-0 advantage, having prevented the Reds from scoring a pesky away goal.

Are they confident? Cautiously so.