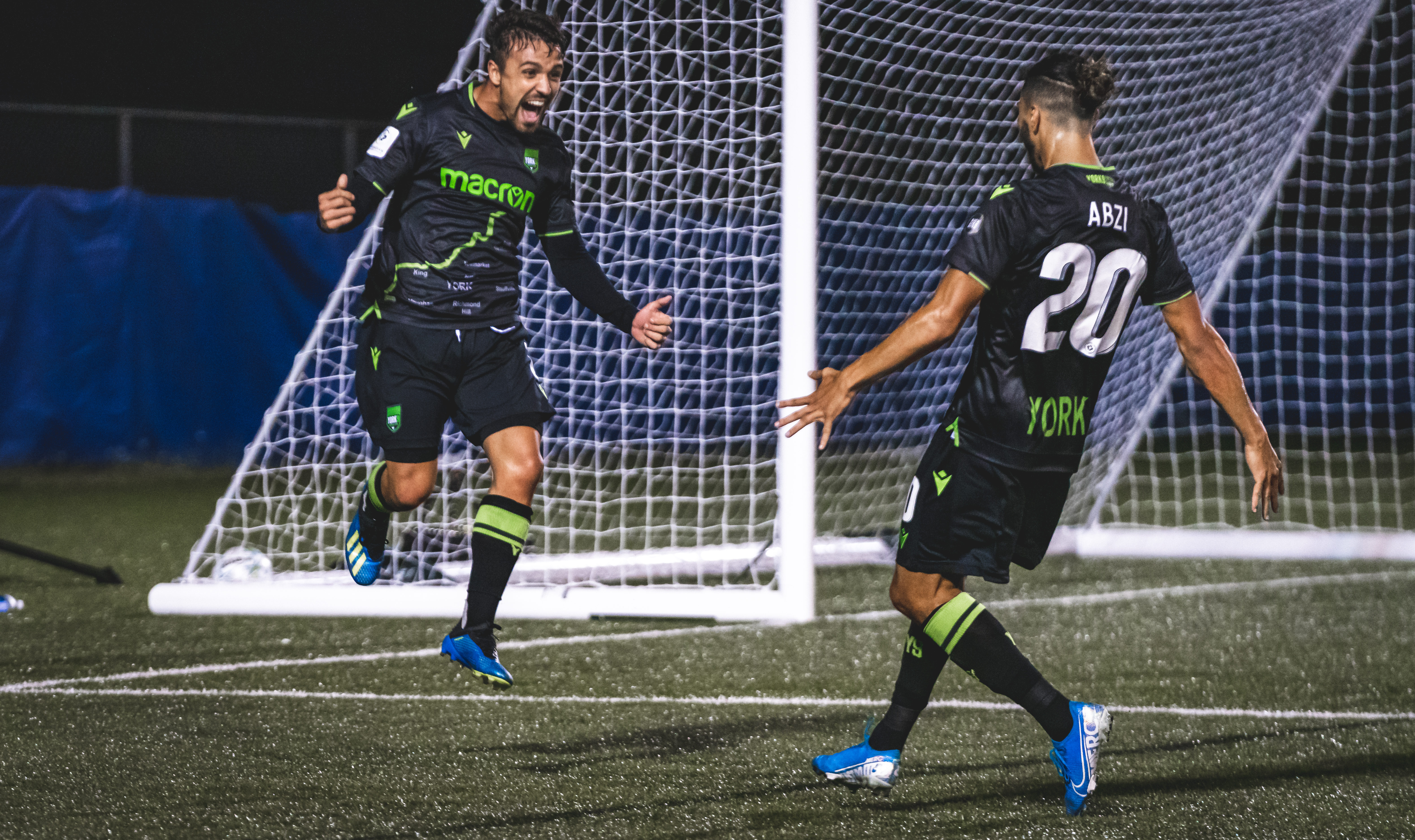 York9 FC remains busy this off-season, announcing on Friday that it has re-signed Spanish striker Álvaro Rivero for the 2021 Canadian Premier League season.

The deal also includes options for the 2022 and 2023 CPL campaigns, plus what the club is calling “further long-term performance incentives.”

A product of the Real Madrid youth academy, Rivero signed with York in late July, just ahead of The Island Games. However, due to quarantine protocols, Rivero didn’t meet his new teammates until he landed in Prince Edward Island.

Rivero, 23, ended up playing in all seven of Y9’s first round matches in Charlottetown, scoring one goal in 359 minutes of playing time. His goal came in a 1-1 draw with Pacific FC on Aug. 18 when he scored on an exquisite left-footed half-volley from just inside the penalty area.

“We saw enough in Álvaro that excited us to bring him back. His finish against Pacific was exceptional and we need to manufacture a lot more opportunities for him and all of our forwards next year,” York9 managing consultant Angus McNab said in a statement.

“Our creation of opportunities in open play was certainly the most disappointing aspect in 2020 and we’ll work hard this off season to look at how we train and who we bring in to help that.”

The signing of Rivero comes on the heels of Y9 making a series of important moves in recent weeks, including signing of German attacker Julian Ulbricht, re-signing Canadian veteran Michael Petrasso, and inking youngster Max Ferrari to a contract extension.

Before joining York9, Rivero played most recently for CD Leganés B in the Tercera División, Spain’s fourth tier. Prior to that, he had stints in the reserve sides of Getafe CF and Rayo Vallecano, as well as for Las Palmas Atlético, between the third and fourth divisions in Spain.

Rivero’s time in youth football was spent entirely in Real Madrid’s academy, whom he represented from the under-9 level to the under-19s before leaving in 2016. He was a key part of the Real Madrid side that competed at the 2015 UEFA Youth League, on one occasion captaining Los Blancos and scoring twice in a win over Malmö FF.

Rivero originally signed with Y9 after being identified by the CPL’s centralized scouting system of young internationals (age 23 and under), which is run by the league’s soccer operations department and the 21st Club, a world class data and analytics group with offices in London, San Francisco and Singapore.