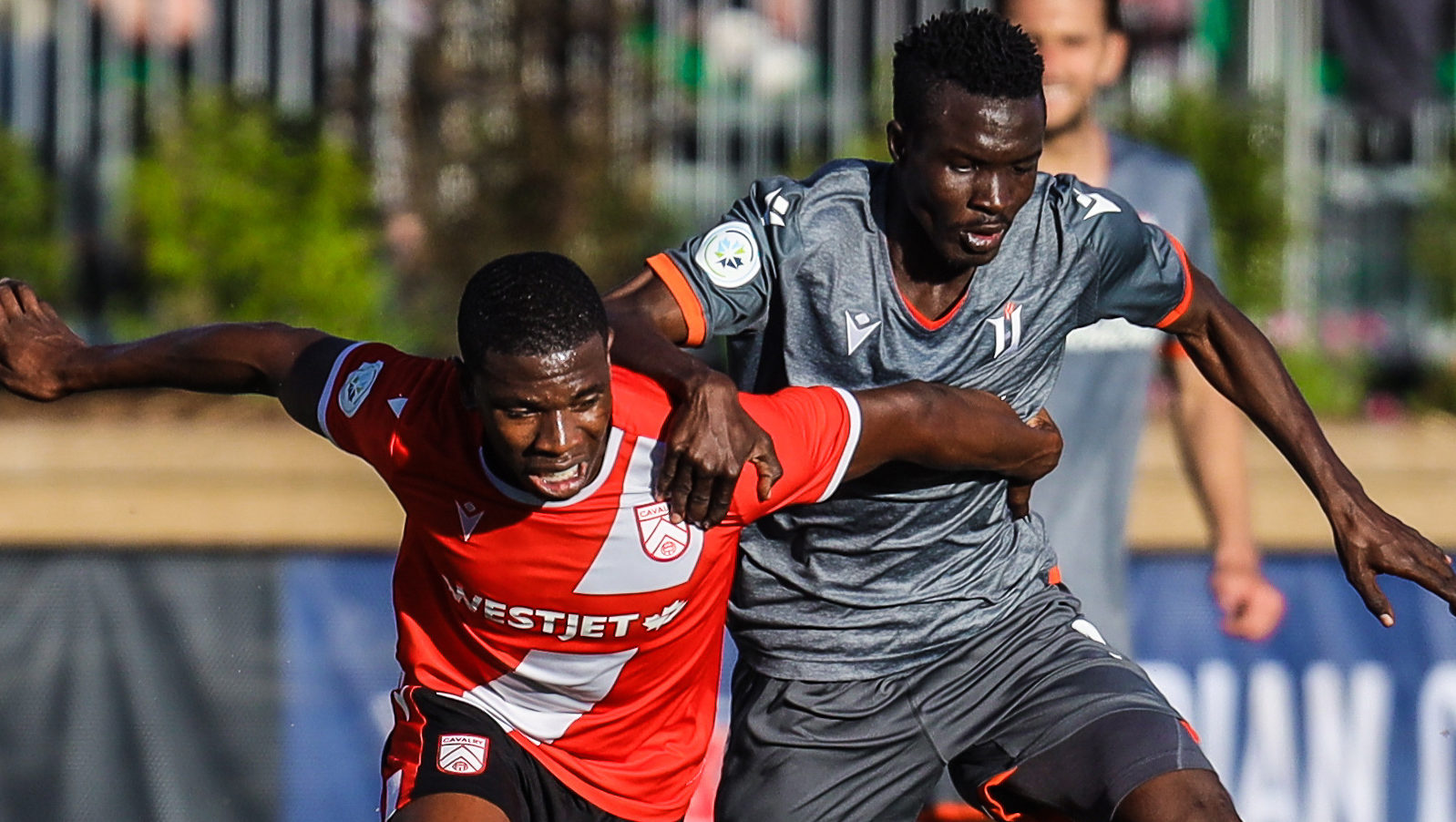 After the weekend’s results, we’ve officially entered the homestretch in the Canadian Premier League’s Spring season.

With just two weeks left before July 1st marks an end to the league’s first campaign, here’s how the last few games could decide the title.

Cavalry FC sits first in the standings with a 6-0-0 record and 18 points. Had second-placed Forge FC not won this past weekend, Cavalry could’ve clinched the title on Wednesday, but instead they’ll have to wait until at least next Saturday. Forge remains in the running with a 5-2-1 record and 16 points, having played eight of their ten games.

HFX Wanderers FC, with seven points from six games, is still in it, too. Stephen Hart’s side is technically able to get to 19 points, so they’ll be fighting for their lives on Wednesday against Cavalry.

Third-placed Valour FC is, unfortunately, out of title contention. Although the team’s nine points through seven games means they could technically reach Cavalry’s current total of 18, the fact that Cavalry and Forge play each other once more means that one side will definitively surpass the 18-point mark.

So, here’s how all three remaining sides could win the CPL’s Spring title.

How could Cavalry win?

A win for the Cavs this Wednesday against HFX Wanderers would put them in a position to clinch on Saturday, when they’ll host Forge at Spruce Meadows. If the Cavs beat Forge outright in that one after beating HFX, the Spring championship is theirs, since they’ll be on an unmatchable 24 points.

Essentially, if Cavalry reaches 23 points in any fashion, no side can catch them. Winning two of their last four games would do it, as would a win and two draws.

A 6-0-0 start to the season and two games in hand on the closest challenger gives Cavalry some wiggle room, but they do need to finish strong. The earliest they could clinch is Saturday, and Tommy Wheeldon Jr. will be hoping his side can take care of business then.

How could Forge win?

Forge has just two games left, so the maximum points they can reach is 22.

If Forge wins out, and Cavalry gets three or fewer points from their last four games, the title goes to Hamilton. If, of course, they win just one of their two, then they’d need Cavalry to lose out to win the title on points alone.

But what if they finish level on points? If Forge goes 1-1-0, and Cavalry picks up just one point, then the sides will sit level on 19 points. Or, if Cavalry go 1-2-1 in their last stretch, and Forge does win out, they’ll be tied with 22. In that case, we’d proceed to the CPL’s tiebreaking procedure.

Cavalry and Forge would be equal in the CPL’s first tiebreaker, as this scenario requires them to both have either six or seven total wins apiece. After that, we go to total goals for. As it stands, Forge are ahead by 14 goals to Cavalry’s 11. The Cavs have two extra games to play, so that could get close, even though the scenario would need them to lose.

Basically, Forge has to beat Cavalry on Saturday to stay alive. After that, they won’t know if they’ve done enough to get the job done until July 1st, since the result will likely be out of their hands at that point (since Cavalry has two more games after Forge is done).

How could HFX Wanderers win?

HFX needs a minor miracle to win the title. They absolutely need to win all four remaining games and get to 19 points. They also need Cavalry and Forge to collapse in their homestretches, and (most importantly) it’s imperative that the Cavs either lose or draw against Forge on Saturday, June 22.

If both leading teams lose all their other games and reach no more than 19 points, then the Wanderers could be tied with them. Winning their remaining four would also give them six wins as well, so they’d go to the second tiebreaker. HFX has five goals for right now, so they’ll have to improve on that.

The Wanderers are hanging on by a thread. They play Cavalry on Wednesday to try and hold on; anything short of a win from that one would eliminate them.