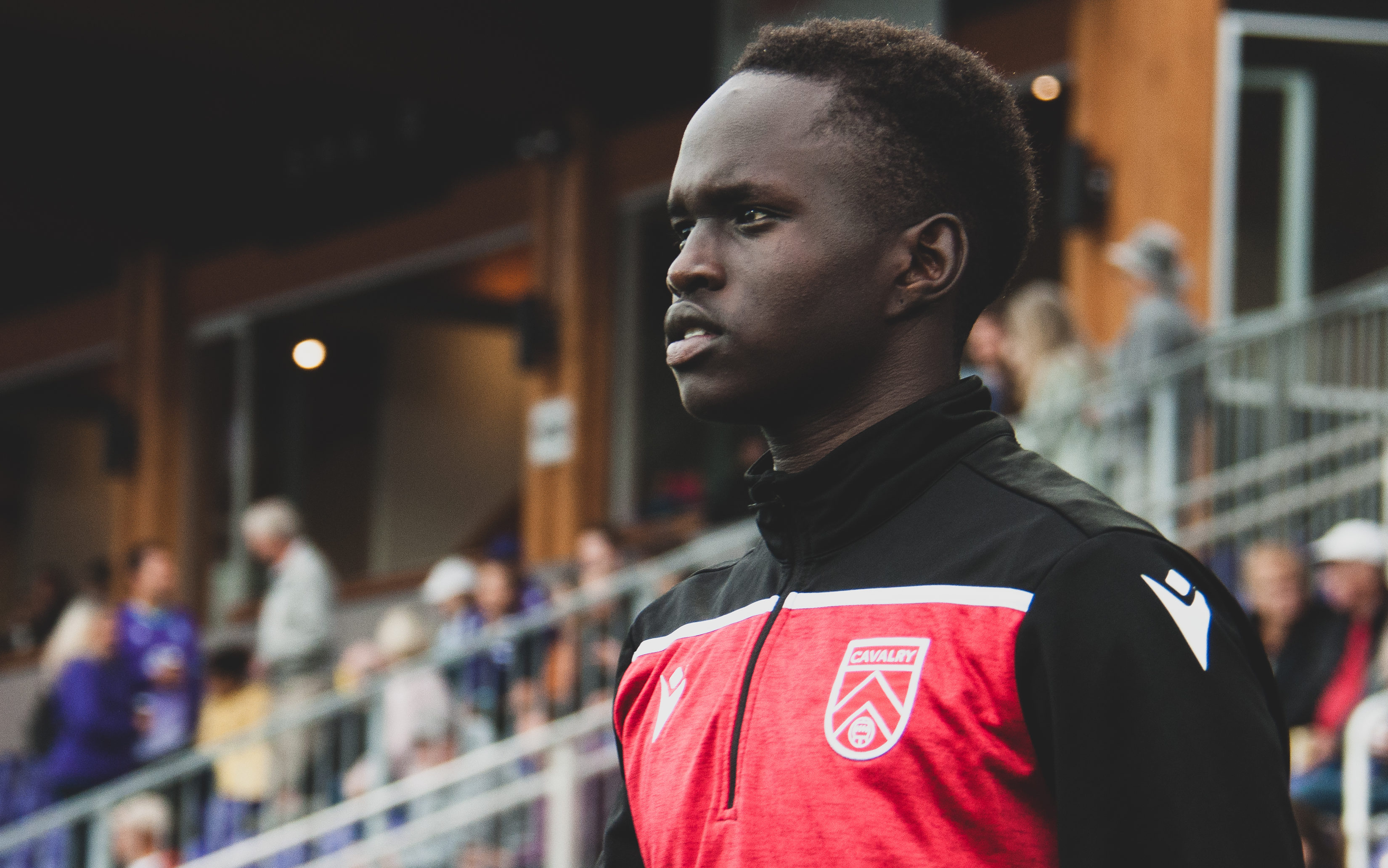 Cavalry FC midfielder Victor Loturi became the latest Canadian Premier League player to move abroad to pastures new, after it was announced that he has been sold to Scottish Premiership side Ross County on Tuesday morning. The 21-year-old is the second CPL standout to move to Europe in recent times, after York United’s star left-back Diyaeddine Abzi joined French Ligue 2 side Pau FC last week.

Loturi didn’t return to the team for The Island Games, instead attending Mount Royal University and intending to play for the Mount Royal Cougars as well as the Calgary Foothills side that has produced several Cavalry stars, but the COVID-19 pandemic nixed those plans. He returned to Cavalry last year via the 2021 CPL–U Sports Draft  and had a breakout season.

Playing all but two of Cavalry’s matches in all competitions in 2021, Loturi established himself as one of the best young players in the league. He made 27 league appearances, scoring twice and adding an assist, as well as playing the Canadian Premier League semifinal and a Canadian Championship game. At the end of the year Loturi’s big season was recognized with a nomination for the league’s U21 Canadian Player of the Year award, which would be won by Alessandro Hojabrpour.

He was rewarded with a two-year contract extension through the 2023 season, with an option for the 2024 season, but now leaves just a third of the way through the first year of that deal.

Thus far in 2022, Loturi has played in all 12 of Cavalry’s matches — 10 in the league and twice in the cup. Operating mostly in his natural central midfield role, he even filled in at right back last week against Valour FC, not looking out of place at all and being named to the team of the week.

"Two thirds of the world are covered in water, the rest by @victorloturi" – @tommywheeldonjr

“Victor has been a terrific player for us,” said Cavalry manager Tommy Wheeldon Jr in a press release announcing the transfer. “He has exceptional technical ability and game intelligence that allowed us to use him as a key part of our possession play. He also has an incredible engine that provided us with great energy throughout our games. Through hard work, patience, and perseverance, he took his chance and never looked back. We will miss Victor, but wish him nothing but the best in the next chapter of his career.”

As Wheeldon Jr mentioned, what makes Loturi such an impressive player — and what will allow him to thrive no matter the team, system or teammates around him — is his work rate and energy. This year he’s played the full 90 minutes more often than not and his stamina is second-to-none.

Wheeldon Jr. describes him best, often joking over the past few years that “two thirds of the world are covered in water, the rest by Victor Loturi.”

Beside his natural athletic ability, Loturi’s sharp passing and ability to quickly close down opposing attackers are also two parts of his game that stand out, and have been developed further since he became a regular in the CPL.

Ross County is a club that has kept an eye on Canada and Cavalry FC before, having also brought in former Cavs defender Dominick Zator (now with York United) for a training stint in the offseason following the 2019 CPL campaign. They also have two other Canadians on their books, brothers Harry and Ben Paton.

Their 2022-23 season is set to begin next month, with a handful of games in the Scottish League Cup and the start of the league season.

Loturi joins a handful of other Canadians in the Scottish Premiership, including former national team captain Scott Arfield of Rangers, and Canadian internationals David Wotherspoon and Theo Bair at St. Johnstone. Jay Chapman also played in the division last year, but his Dundee FC side were relegated to the Scottish Championship.