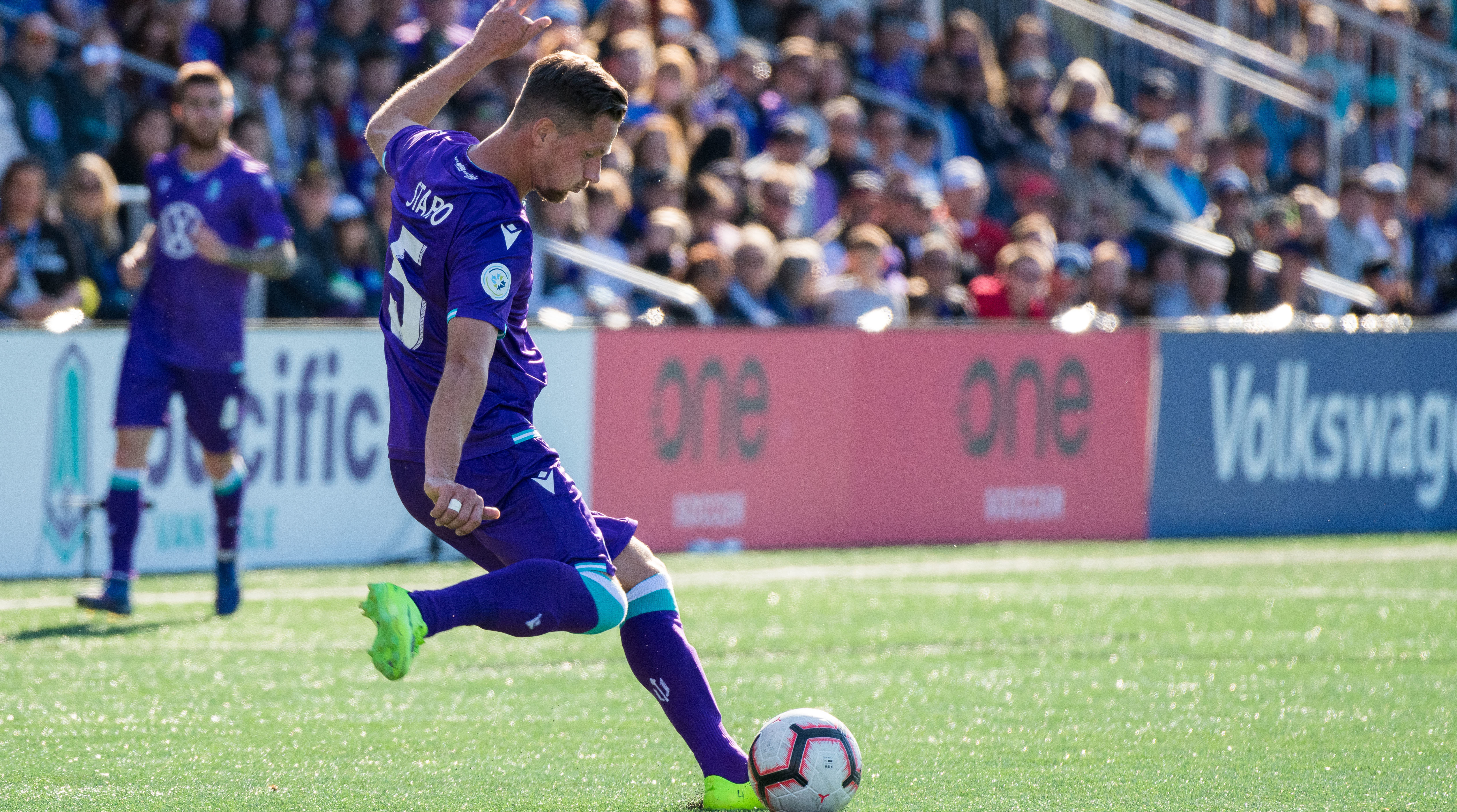 TORONTO – Hendrik Starostzik knows the excitement that comes with a cup competition.

The 28-year-old defender brings that experience to Pacific FC as they prepare for their first-ever Canadian Championship match on Wednesday night. Their quest to lift the Voyageurs Cup begins at home to current Canadian Premier League Spring season leaders Cavalry FC.

In the DFB Pokal in his native Germany, Starostzik played the first half of a substantial giant-killing in 2016 when Dynamo Dresden bounced Red Bull Leipzig from the competition in the first round.

“We won in the penalty shootout,” recalled Starostzik of the 2-2 draw that Dresden won 5-4 on penalties. “This was a big experience for me. To beat a (UEFA) Champions League member was a big thing for us. We played that season in Bundesliga 2, so one league difference.

“It was great seeing 30 000 people all in yellow. This was a big thing in my cup history.”

The passion of the cup only adds to the degree of difficulty these two-legged, aggregate score series pose.

“You have only two games to perform,” explained the defender. “You have to look that you (don’t concede) too much in your own stadium, (preferably) a clean-sheet; when you play away, you shoot a goal.

“It’s a mentality thing I think. It’s really important to play clearly in the cup. In the end, the head decides it, the mentality decides it.”

That trait is part of the reason he was recruited to join the Vancouver Island-outfit in the first place.

“Rob Friend, Michael Silberbauer, and Josh Simpson – Friend and Simpson played in Germany – they knew how German players were,” explained Starostzik. “We have a good mentality and that is what they want.

“They looked for a player in Germany. (There) was an article in the media that I wanted to change my club, so a player agent got in contact. I decided a few days after the offer.”

Starostzik has missed Pacific’s last three matches with a bone bruise, picked up in the home win over HFX Wanderers FC.

“There was a set-piece against us. I blocked when the opponent wanted to shoot, from three metres, put my foot in, and after this I had very much pain,” said Starostzik. “I played the game to the end, but after I had (more) pain.

The absence of Starostzik, as well as Marcus Haber, has been felt by Pacific, who are winless in those three matches, losing twice before a scoreless draw against 10-man FC Edmonton on Sunday.

A return in time for some cup action would be most welcome. It was the German who scored the first-ever PFC goal, one that proved the game-winner, with a strong header from a corner kick.

Used more as a protective defender on attacking set-pieces in Germany, Starostzik hasn’t scored as many headers as he would have liked, but even in that joyous moment, he displayed that typical Teutonic focus.

“In the situation, I felt nothing because it was too fast: the corner comes, it was an automatic run from me between my opponents. I made the header, the goal. And after this it was ecstasy.

“It was a great feeling, but there was a lot of work to win and keep the feeling after the game.”

Just as Pacific look forward to his return, Starostzik is eagerly awaiting another arrival. A native of Marburg, in the state of Hesse, Canada has been good to him these past months, but without his family something has been missing.

“My wife and my son are not here – they come in one week,” beamed Starostzik. “Two-and-a-half months, I’ve been alone, so I miss them both very, very (much). One week, then it’s all good; then I miss nothing.

“They’ll stay here, have to learn the language, live with me here. (It’s) a long time when you not see your wife and your family, so (I’ll be) very excited and happy when they are here.”