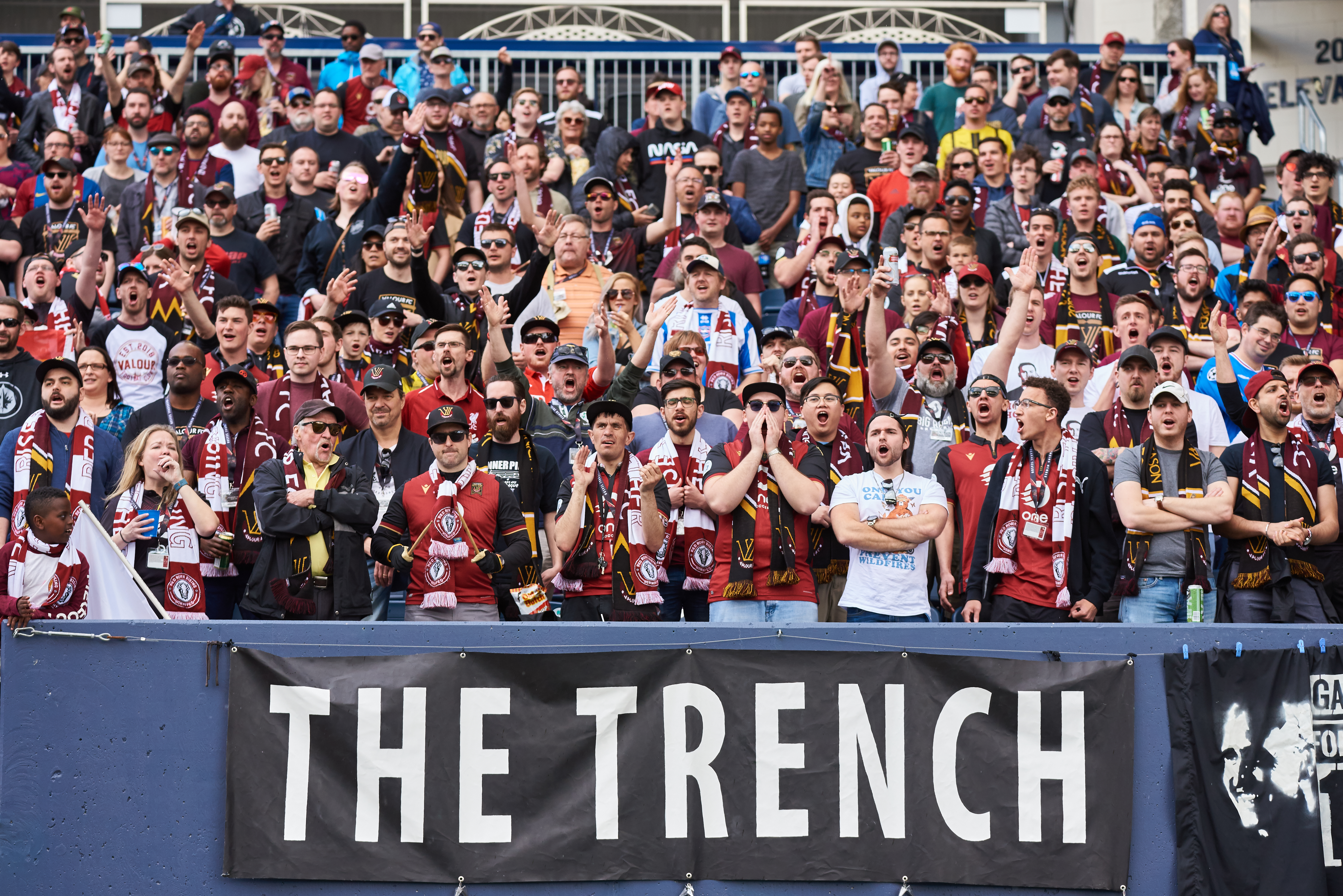 WINNIPEG – A collective sigh was let out with the final whistle in Winnipeg as Valour FC survived a late onslaught from HFX Wanderers, holding on for a 1-0 victory Saturday afternoon.

It was a first home victory for the Winnipeg side, perhaps with extra meaning for the local players on the team, and their manager, who has long called the city home. It turns out the manager had some extra pressure on top of injuries to key players and coming home having lost back to back matches.

“It’s my Mum’s 80th birthday (Sunday),” Gale said in his post-match press conference. “She FaceTimed me from England and said ‘You better get three points!'”

While Gale’s mother may have earned her a match dedication from her son, it was the team’s passionate supporters in the stands at Investors Group Field in Winnipeg that helped sway things in Valour’s favour. A raucous bunch from the Red River Rising supporters group will be able to take some credit for helping Valour hold on to the narrow victory.

“The fans lifted us through that second half,” midfielder Dylan Sacramento said. “On the pitch, it was super loud and that motivated us as we had some tired legs in the final 30.”

Sacramento was one of five Winnipeggers to see the pitch in the victory, alongside Ali Musse, Dylan Carreiro, Raphael Ohin, and Marco Bustos. For the latter in particular, the referee’s final whistle marked the end of a whirlwind week, as Bustos had just joined Valour a few days prior to the match.

“It was great getting the three points here at home and seeing the fans cheer at the end was just a dream come true,” Bustos said.

Since Tuesday, Bustos put pen to paper on a Valour contract, drove 20 hours to Winnipeg, moved back into his old bedroom, trained with the team on Friday, and finally found his name in the starting lineup on Saturday.

“It’s definitely been a busy week,” Bustos said, with a laugh. “I’m just glad to be on the pitch and help the team and enjoy the fans.”

Valour made six changes to their starting eleven, shifting formation from a 3-5-2 to a 4-3-3, as Gale adjusted for absent players due to injury. Josip Golubar (knee) and Michael Petrasso (precautionary) were left out of the side, but in their stead, Gale handed Canadian Premier League and professional club debuts to ‘keeper Mathias Janssens, as well as Raphael Garcia and Raphael Ohin.

Janssens proved a calming presence in the Valour goal en route to a clean sheet; Garcia went the distance and did not look out of place at right-back; Ohin was an important player in holding the lead with a timely interception in the dying minutes and showed his composure on the ball, shrugging off HFX challenges.

“I’ve been waiting for this and finally, I get to play,” Ohin said. “That’s my game, quick on the ball I have to do my thing and be disciplined and do what the coach wants me to do.”

It was also a case of role reversal between the two sides, as Valour had previously dwelled on missed chances in their two prior losses. Instead, a Halifax team riding high off a win at home last week, will look back on failing to convert on their chances this time around, with Akeem Garcia, in particular, ruing at least three solid opportunities.

“They got the goal early as the half started and it rattled us for a little, but once we found our composure we did enough for a draw.” HFX coach Stephen Hart told the OneSoccer post-game show. “It’s the second time on the road I thought we could have done better in front of goal, but it was not meant to be.”