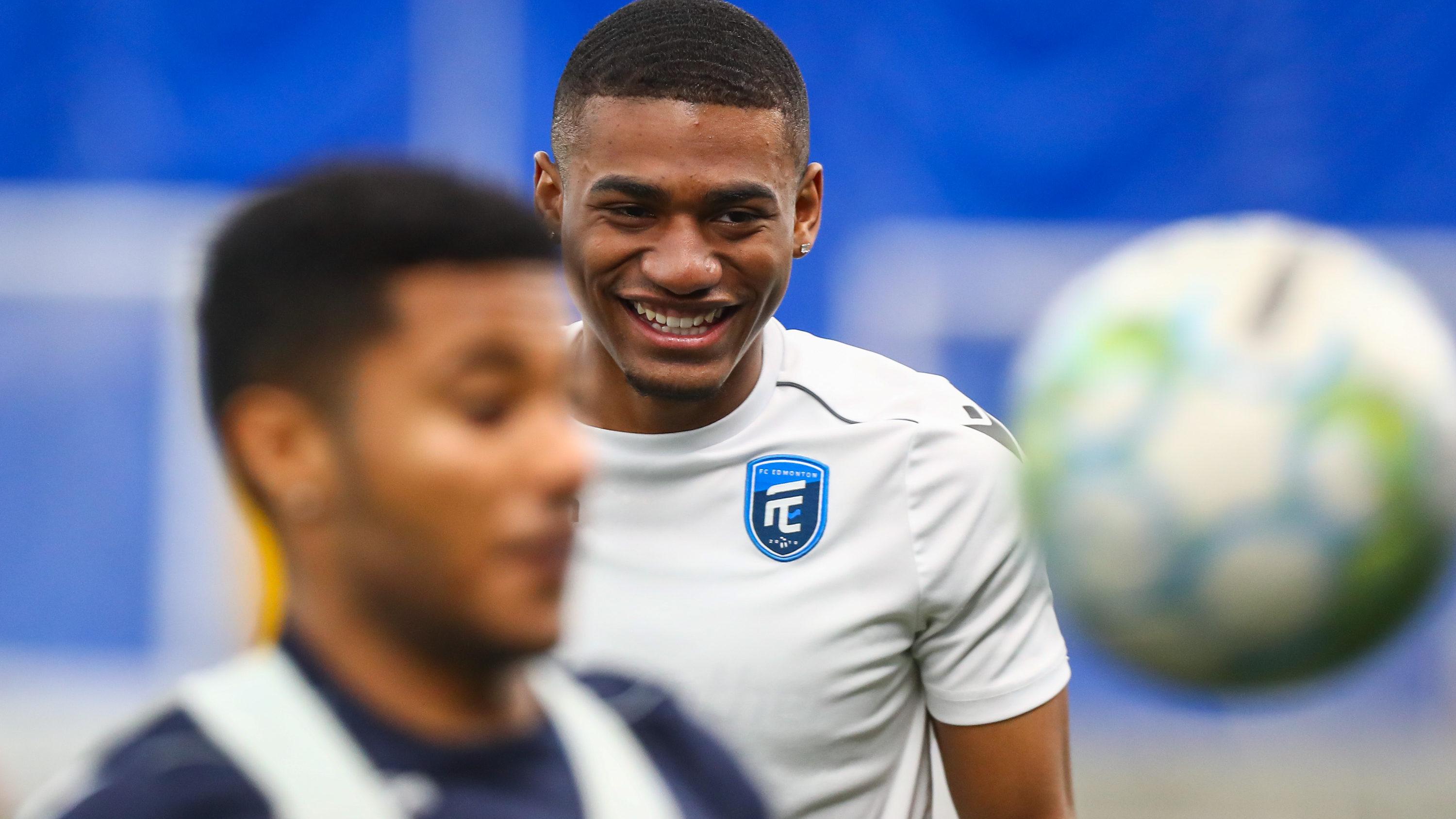 The Eddies go into their third year in the CPL (the 11th in club history) with a heavily revamped squad and a newly-minted head coach in Alan Koch. They’ll be looking to turn things around this season and vie for their first-ever winning record since joining the CPL.

With key returning stars like Easton Ongaro and Amer Didic ready to lead the squad alongside a flood of newcomers, both young and experienced.

Is this the year FC Edmonton breaks out in the CPL as a contender? How different will they look under Alan Koch? A fresh start at The Kickoff in Winnipeg after two challenging seasons could be just what this side needs.

After making a few highly-touted additions to their squad — Hanson Boakai, Keven Alemán, and Erik Zetterberg chief among them — the Eddies looked poised for a solid second year under then-coach Jeff Paulus. At the Island Games, though, things didn’t exactly go to plan.

They opened the season with back-to-back 2-0 losses to the previous year’s two finalists, Forge FC and Cavalry FC, which put them behind the pack early on. Edmonton sparked a little hope in their third game, though, with a pair of late goals erasing a 2-0 deficit to pull out a draw with Atlético Ottawa — a gutsy result that Paulus dedicated to Chris Kooy, the club’s former captain who had passed away just days before.

That point was the only one Edmonton would earn from seven games in PEI, though. They went on to score just three more goals, and a narrow 1-0 defeat to York in their second-to-last match eliminated them from top-four contention. Despite playing good football at times, they’d struggled to finish chances and shut teams down.

Not long after the season, Paulus resigned his position as head coach after almost 10 years with the club, opening the door for Koch to take his place.

How have they changed?

The Eddies have brought in a host of new faces to the midfield, with former CF Montreal youngster Shamit Shome probably the most intriguing. The 23-year-old Edmonton native has 45 games’ experience in MLS and two Canadian national team caps; expect him to form a crucial part of this team’s spine. At the back, Hunter Gorskie and Sharly Mabussi come to the side with some good experience, as does 26-year-old fullback Paris Gee.

Former Valour FC winger Fraser Aird brings a lot of experience as well from several years in the Scottish Premiership.

On the way out are a few longtime stalwarts of the club in Tomi Ameobi and Kareem Moses, as well as a few key pieces from the Island Games roster, like Keven Alemán and Hanson Boakai.

This theoretical side would have six new players from the 2020 squad, but a pretty strong core of returning players. Connor James is likely to remain the starter in goal, and three out of four of the backline — Temguia, Didic, and Esua — should be consistent from the previous two seasons. Didic, one of the strongest and most well-rounded centre-backs in the entire CPL, is likely to anchor this defence.

The midfield is entirely new; figuring out exactly how Koch might line things up is difficult, but that quartet is probably the strongest group he has available. That said, there’s some depth behind them — Allan Zebie and Ramon Soria are very dependable returning veterans, and youngsters Antony Caceres and Chance Carter are very likely to play significant minutes. Tomas Giraldo, a 17-year-old on loan from CF Montreal, could be an interesting option too, as could CPL-U SPORTS Draft first overall pick Thomas Gardner.

Easton Ongaro’s name is written in stone as the main attacking force for this side, as it has been the past two years. The Eddies’ leading goalscorer in both previous seasons is likely to be the target man once again, perhaps with the technically-proficient Beto Avila playing off him as a second striker.

The Eddies enter this season with a new head coach after two years under Jeff Paulus. Koch, born in South Africa, has a lot of experience, having coached in some capacity since 2003. He’s the only CPL head coach with experience managing in MLS, having led FC Cincinnati in 2019, the club’s first year in the league, after coaching them for two prior years while still in the USL.

He also recently helmed the Colorado Springs Switchbacks in the USL Championship, and he was the head coach at Simon Fraser University from 2008 to 2015.

Since they’ve undergone such change, it’s hard to gauge how exactly Edmonton might play in 2021. Still, Koch has suggested repeatedly that he’s hoping to play an aggressive, attractive brand of football this year.

“We’re going to be the protagonists,” Koch said recently on CBC Radio. “We want to be on the front foot. That’s part of the group of the players… We want to be the kind of team that plays aggressively and leaves everything out on the field.”

“We’re incredibly excited about playing games. It’s obviously been an incredibly long offseason… It’s a big challenge playing games without having any preseason contests, or any appropriate preparation, but under the circumstances we’re all looking forward to competing.” — Alan Koch