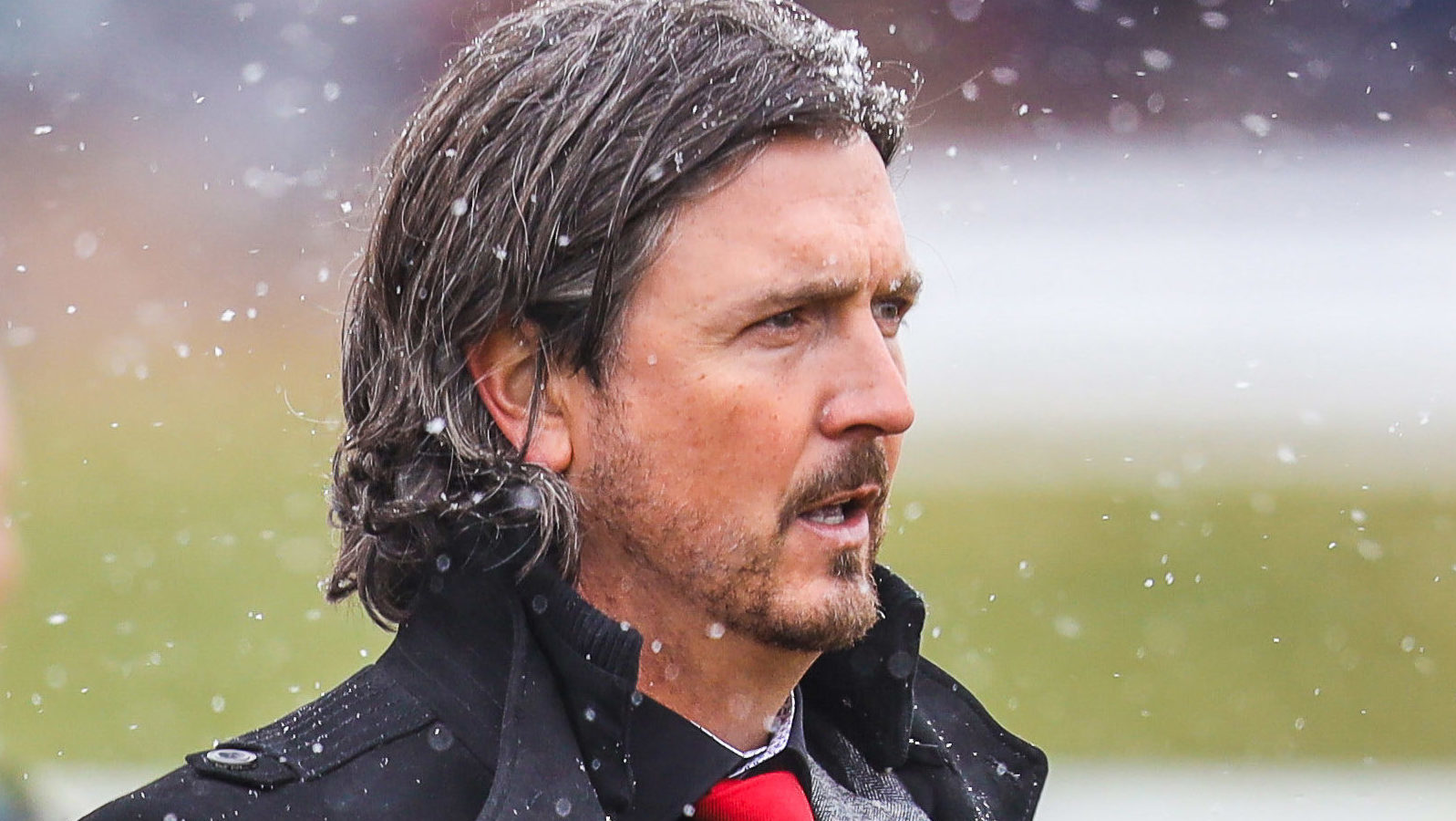 The Cavalry FC head coach is champing at the bit to host Forge FC in the return leg of their 2019 Canadian Championship QR2 tie that’s locked at 1-1 on aggregate.

He admits the opening leg in Hamilton was an important lesson for his side.

“Once we got in their half and started playing a little bit more, it was better,” Wheeldon Jr. said of his team’s draw in Hamilton. “If you look at the six 15-minute periods of the game, four out of the six, we had control of the ball. You can argue that they created the better chances, and that may be fair. But we made it uncomfortable for them.”

Simply put, the opening leg had fireworks, with Cavalry drawing even in injury time on a Dominique Malonga penalty kick. The result kept the Cavs undefeated in 2019, while securing a crucial away goal.

“However way you look at it, it is a penalty, but it was a result of constant pressure from our end that a mistake was going to happen,” said Wheeldon Jr. “We put cross after cross, we were probing, they were blocking, and they were just trying to stay alive. I think it was deserved to get a draw.”

So that sets up a decisive tilt at ATCO Field on Tuesday when Forge visits Calgary for the first time. On the line is a spot in the third round of the Canadian Championship and a date versus Major League Soccer’s Vancouver Whitecaps. The Cavs currently hold the edge on away goals with the late marker scored in Hamilton, but Wheeldon Jr. won’t have his group sitting on its heels, looking for a 0-0 draw.

“Yes, that away goal is crucial, but we’ve scored in every single game thus far,” he said. “We plan to do that again. The away goal will only factor late in (Tuesday’s) game, depending on the outcome. It’s a game that we’re looking to go out and win outright.”

He’s also looking toward the 12th man, hoping the Foot Soldiers supporters’ group, along with the rest of the Cavalry faithful at Spruce Meadows, can propel the team to a victory over a Hamilton side that has quickly become a fierce rival.

“They keep quoting that they’re the best team. Stats suggest otherwise,” Wheeldon Jr. offered. “What’s happened now is the drama of the late goals we’re scoring is pulling their hearts out. The league table never lies. We’ve just got to keep going about our business. We’re not looking to taper our competitive edge that makes this game great, and that makes these rivalries something to talk about. Fans are engaged now. They’re locked in.”

Last Tuesday’s match marked the season debut of defender Mason Trafford, meaning there’s one fewer body on the Cavalry injury shelf. Midfielder Nik Ledgerwood continues nursing an MCL strain and should return to training in another week to two weeks. Midfielder Mauro Eustaquio is dealing with hamstring trouble and is week-to-week. Defender Chris Serban remains out for the season.