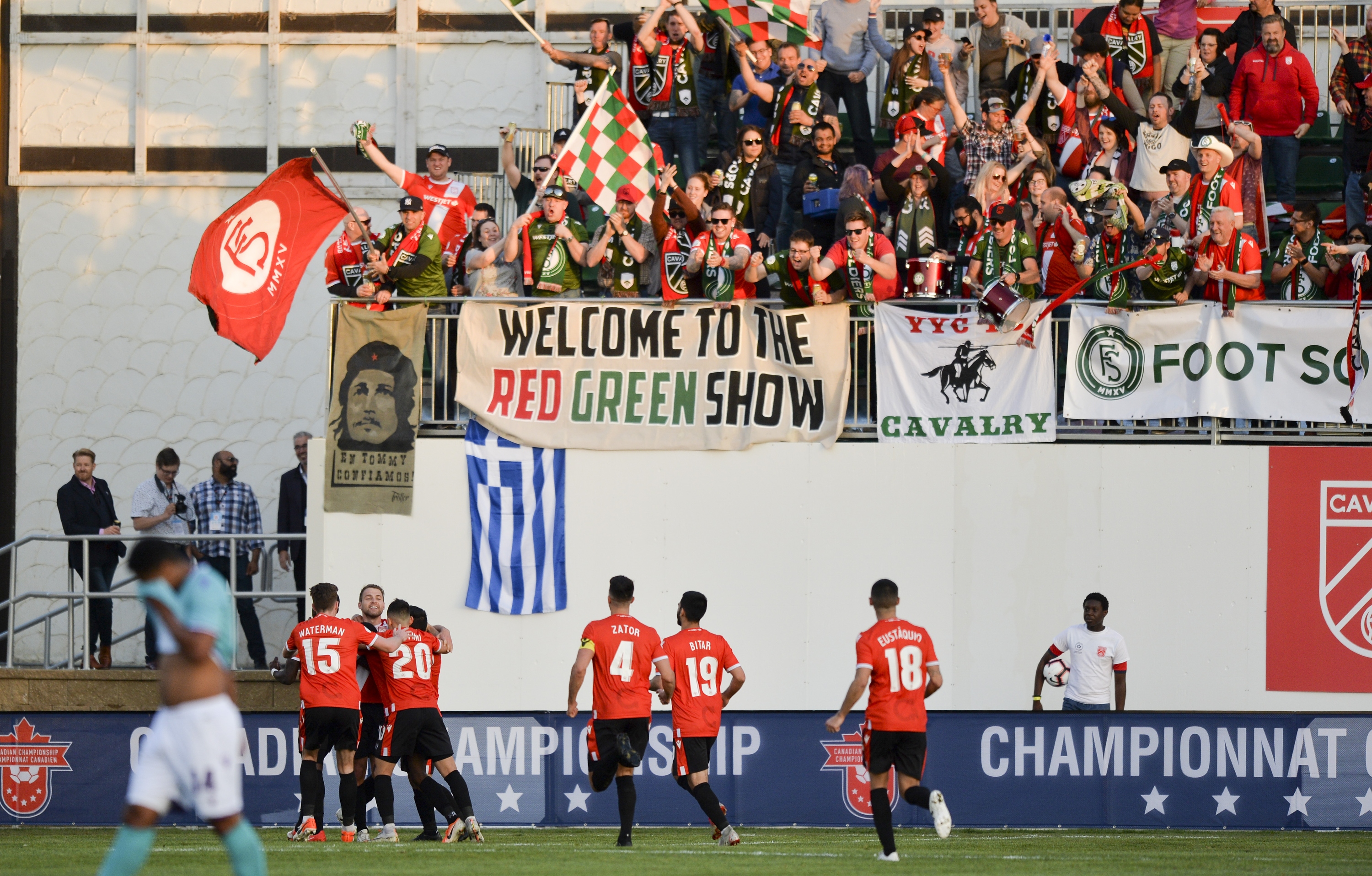 It’s a streak that dates back to supporting the PDL Championship-winning Calgary Foothills FC last season, as many of his fellow Cavalry FC boosters in the Foot Soldiers Supporters Group can also attest to.

Now with Cavalry just a single point away from clinching a berth in the 2019 CPL Championship via the Spring title, Clarke is hoping the run continues, if just for one more game, when his side hosts Forge FC at Spruce Meadows on Saturday (6:00 p.m. ET, 4:00 p.m. MT, available on OneSoccer).

“Now that people know what [the club] is about, it’s going to be packed,” Clarke told CanPL.ca, ahead of Saturday’s potential Spring decider. “It’ll be a feisty one.”

The Cavs need only a point to mathematically clinch the Spring portion of the 2019 CPL season, after taking down HFX Wanderers midweek to maintain their unbeaten run, one that has made the club’s presence known in Calgary.

“There’s a real buzz,” Clarke said. “[Winning] gives people a great reason to come back. If you add the performance on the pitch with the fun they are having and the overall fun experience, it’s great.”

It also helps that the Cavs have given the Foot Soldiers lots to cheer for, winning all six of their home matches thus far this year, including a 2-1 win over Forge in Canadian Championship action.

“I would make the argument that we are, per person, the loudest supporters group in the CPL … and that’s a challenge to all the other groups,” Clarke joked, mentioning the group is nearly 10 times bigger than they were before moving into the cozy confines of ATCO Field at Spruce Meadows.

“The atmosphere there has been fantastic. The main stand has that tin roof overtop so that kinda reverberates the sound. We have a nice little wall behind us that we can echo off of.”

As Cavalry ride closer to a potential title, it’s hard not to draw back to the Foothills, who had current Cavs standouts Elijah Adekugbe, Sergio Camargo, Marco Carducci, Nik Ledgerwood and Nico Pasquotti amongst their ranks – with Wheeldon coaching, of course.

So, did Calgary soccer supporters see this coming, with a team built on the foundations of a championship-winning side?

“We had an inkling, those who had been around for a while, that this would be the case,” Clarke said about the winning campaign.

“Forge is good on paper, Valour looked like they had a decent team, FC Edmonton was hyped up quite a bit with their size at the back … but especially with the familiarity they had from last year, they brought in some key new pieces. I know it sounds cocky but, you know, that’s how I saw it.”

Regardless of the result, the Foot Soldiers should be in for an entertaining affair if previous matches between Cavalry and Forge are any indication. There have been late winners, more late winners, controversial calls and plenty of dramatics between these top two teams in this Spring portion of the 2019 CPL season, leading into this key, potential title-deciding match.

“We’re starting to hate them more than we hate Edmonton because they are close games, they make us nervous,” Clarke concluded. “They have been the games that, at a certain point of the game we might think we’re losing.

“Saturday is by no means the final, but it books our spot.”