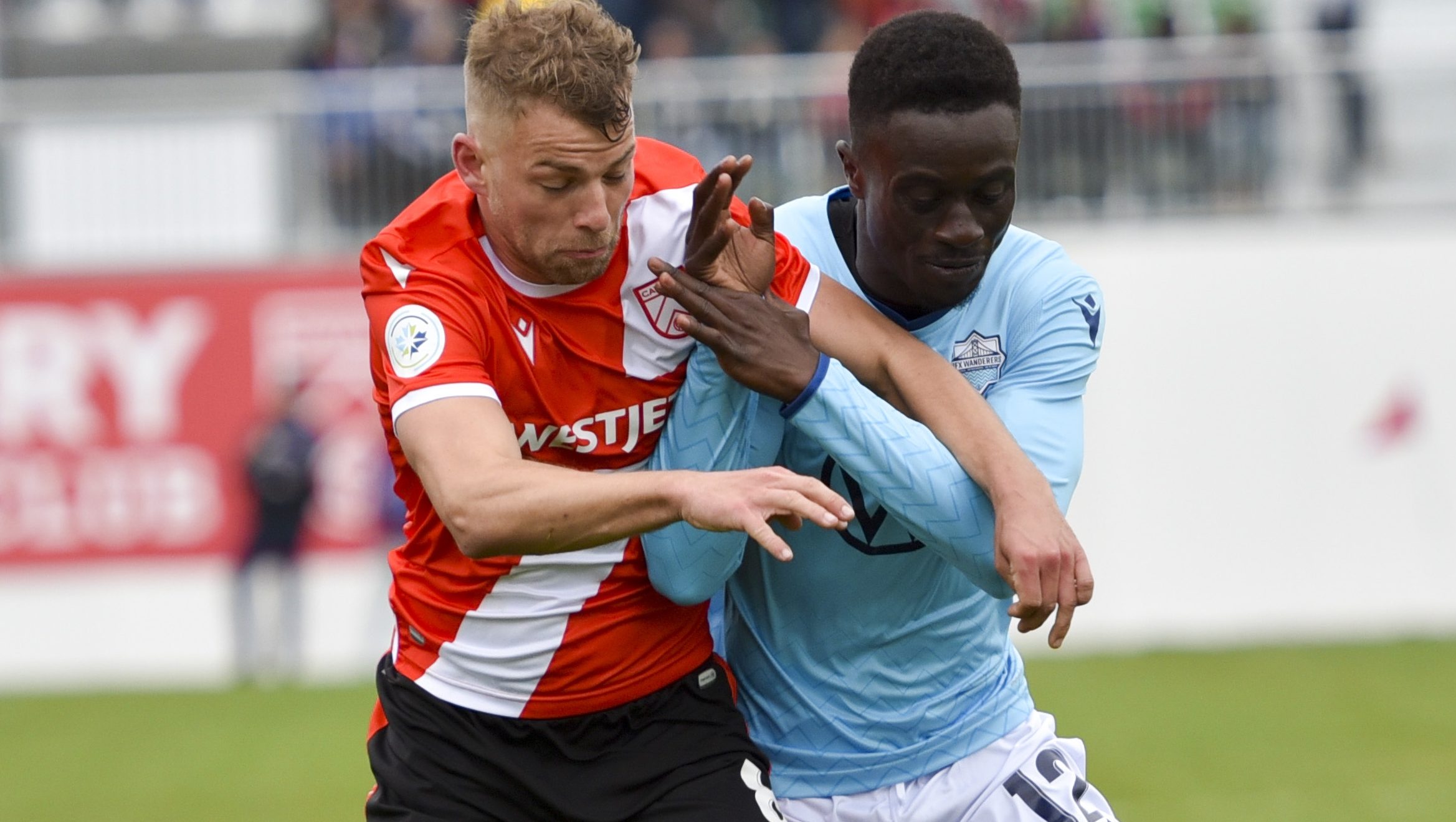 Five league games. Undefeated. Two Cup matches. Won both of those.
And after a 2-0 win at home Saturday over HFX Wanderers, Cavalry FC coach Tommy Wheeldon Jr. had this to say — he doesn’t think his team has completely hit its stride, yet.

“I believe in this group, and what’s funny is that I still think we can be better,” Wheeldon boasted. “I still think there’s more to come from this group. That’s what we’re striving towards.”

Yet again, a team came to Spruce Meadows and struggled to deal with Cavalry’s press-everywhere system. Cavalry had 61 per cent of the ball. And, time after time, the Cavs pushed the ball up the right wing, overloading that side of the pitch and putting Wanderers fullback Ndzemdzela Langwa under constant duress.

The first goal came after Wanderers couldn’t clear a corner kick out of danger. Cavalry pushed the ball from side to side in the second phase of play, and finally Joel Waterman was left wide open in the penalty area, with fullback Andre Bona losing his man. Instead of placing an open header towards goal, Waterman began a game of head tennis with teammate Dominique Malonga, who finished the chance for the first of his two goals — breaking his duck on the season.

“I had a feeling about him,” said Wheeldon, who chose to give striker Jordan Brown most of the day off and start Malonga instead. “We knew Dom was going to come into a purple patch of scoring. When I talked to him about it, I said ‘I fancy today, Dom.'”

“It was preventable,” lamented Wanderers coach Stephen Hart. “All we had to do was look around and know what’s happening in the box and deal with it.”

Malonga’s second goal came after Nico Pasquotti got around Langwa down the right side, and squared the ball to the striker. Instead of shooting first time, Malona calmly waited for Wanderers keeper Christian Oxner — playing for the injured Jan-Michael Williams — to make the first move, then slotted the ball into the corner.

“Scoring the way he did, he scored with a sharp header and a calm finish under chaos, that speaks to the person that he is,” Wheeldon said of Malonga. “He’s a class player. He’s played in Serie A in Italy and the Scottish Premier League. He’s a great asset for us.”

Wanderers were also without midfielder Andre Rampersad (shoulder), striker Luis Alberto Perea (hand) and centre back Chakib Hocine, who is carrying a knock. Meanwhile, Cavalry captain Nik Ledgerwood was out with an MCL issue and was seen after the match wearing a brace.

Coming off a poor performance in the Canadian Championship against Vaughan Azzurri, where Wanderers just scraped through on road goals after losing the second leg 1-0 at home, Hart was once again frustrated.

“There were a lot of nervous players out there today and I can’t put my finger on it why they’re nervous. Maybe it’s because things haven’t been going their way. But, we’ll get it right at some point.”

Next for Cavalry FC is Forge FC in the second qualifying round of the Canadian Championship.

And maybe they can play, gulp, a bit better.