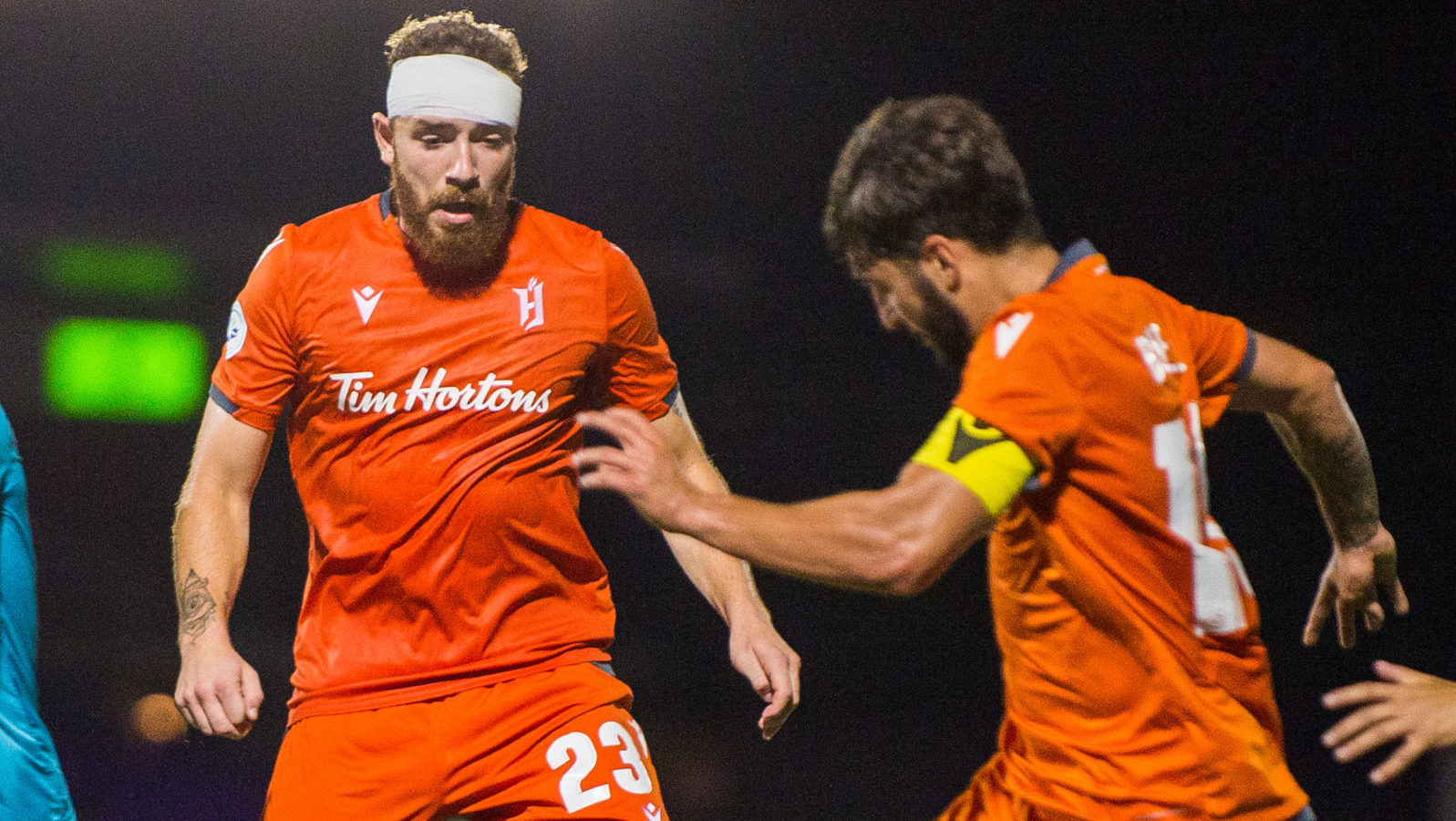 By the sounds of it, the past week has not been a pretty one in Forge FC circles.

“We’re coming off of a week where the whole team and staff is coming off a stomach flu coming back from Honduras,” head coach Bobby Smyrniotis revealed on Wednesday in the wake of his side’s 1-1 draw with Pacific FC.

Forge was in San Pedro Sula for their CONCACAF League match with C.D. Olimpia less than a week before Wednesday’s visit to Vancouver Island, and it seems they’re still feeling the effects of their travels.

For their match with Pacific, Smyrniotis was forced to rotate his squad heavily, with captain Kyle Bekker and defenders Bertrand Owundi and David Edgar among those limited to bench roles. The forced rotation is, of course, compounded by injuries that have kept the likes of Alexander Achinioti-Jonsson and Elimane Cisse on the sidelines for a while.

“It’s been quite interesting,” Smyrniotis said of the past week in training.

For that reason, Smyrniotis admits that he can’t be too upset with the result his side earned on the road. Although it didn’t draw them level on points with Cavalry FC (as a win would have), it did bring them closer, and they’ve still got two games in hand as they chase the CPL’s Fall crown.

“Right now (the draw) probably stings a little bit for us, we want more out of it,” Smyrniotis told CanPL.ca. “But when you look at it in the long-term, we’ve traveled a lot in the last couple of weeks so I think in the end we’ll be happy with the point that we get here.”

The Forge boss called upon some fresh faces in this match, handing fullback Monti Mohsen his first start for the club. Mohsen took his opportunity and ran with it, scoring his side’s only goal with a wonderful shot from well outside the box.

“We have a really deep squad, players can come in and really change a game,” said Tristan Borges, who started with the armband for Forge on Wednesday in Bekker’s absence.

“We have a lot of players to switch in and out, we can see young players like Monti especially today, they step up and get a goal.”

Despite the fatigue and illness, Forge didn’t look particularly sluggish at Westhills Stadium. Although the finishing wasn’t as clinical as it’s been in the past from them, they were very lively in what was an energetic contest.

In the second half, especially, the game was wide open as both sides looked to strike on the counter attack — certainly not the pace you’d expect from a team that’s had a week like Forge’s.

“I think that’s a game in the second half that’s exciting for the crowd, but a little bit nerve-wracking for both coaches,” Smyrniotis said.

Although Forge will be a little disappointed not to have capitalized on one more of their opportunities in this one, the away draw could prove helpful as they kick off this vital stretch of five league games in 15 days.

So, too, could their return to Tim Hortons Field, which will come this Sunday when they host York9 FC for the first time since the CPL’s inaugural match (1:00 p.m. ET, on OneSoccer).