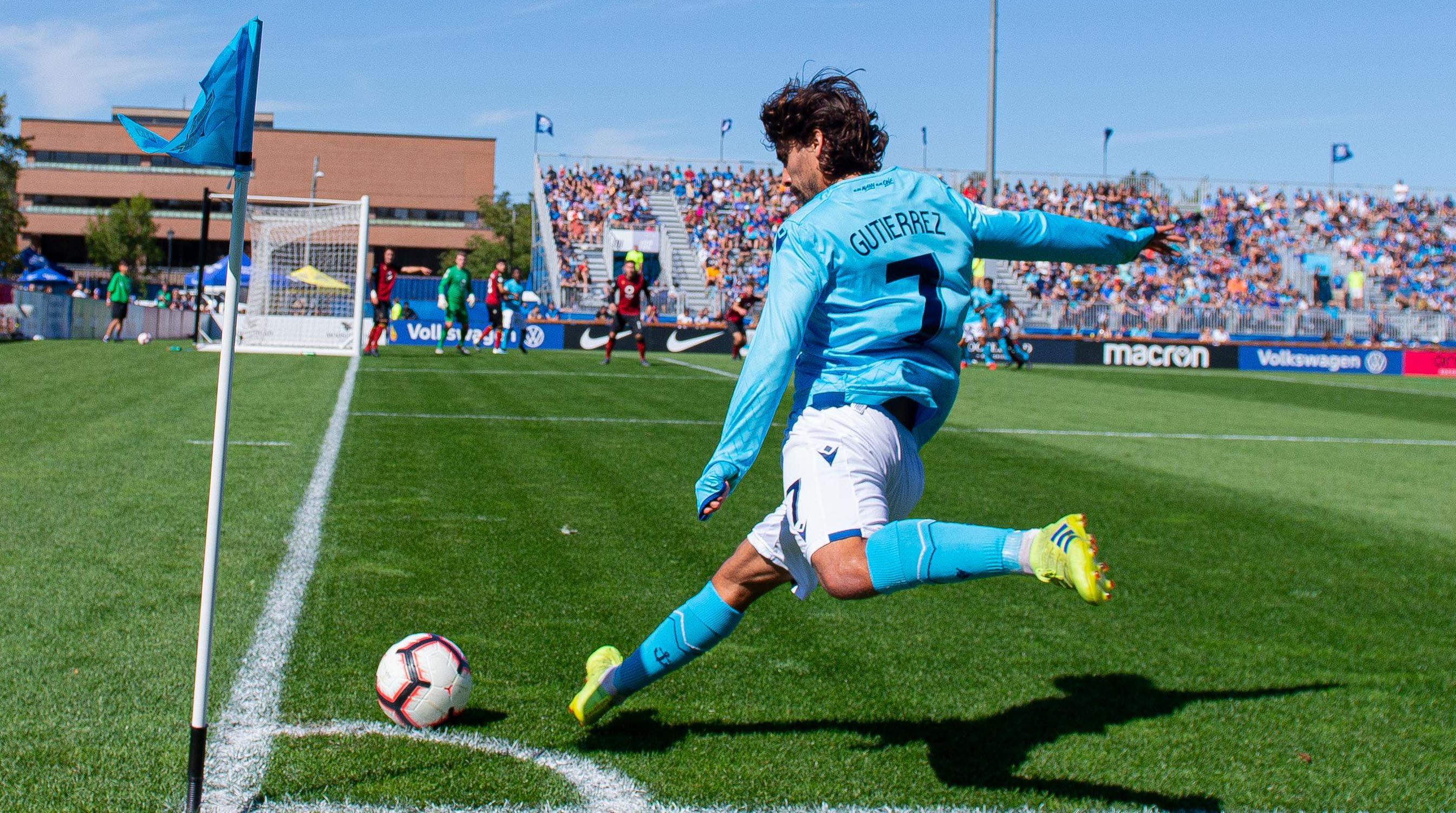 HALIFAX – This season, only Cavalry FC have had any luck getting a win at the Wanderers Grounds.

That trend continued on a beautiful Saturday afternoon as HFX Wanderers FC and Valour FC grinded out a 0-0 draw.

A rowdy crowd in the Kitchen was looking to keep the party going but had to leave the stadium with thoughts of a fourth consecutive draw at home — three of those with a 0-0 final score.

“We’re extremely disappointed we couldn’t give (the fans) a win because I think we really owe it to them,” Wanderers coach Stephen Hart said after the game. “But that being said, I thought the players gave everything. Everything.”

While the Kitchen may not have received the satisfaction of a win, there were no signs of frustration. A visit from current Wanderers midfielder Zachary Sukunda and fan favourite Peter Schaale — currently back at Cape Breton University to finish his degree after playing for the Wanderers until early August — may have helped. The German defender even took a turn on a megaphone in the second half.

“No, I don’t think it’s pressure. It’s not that type of crowd. It’s a crowd that appreciates, they understand what we’re trying to do and to bring a product here and these things take time,” said Hart of a crowd that’s started singing Celine Dion’s “My Heart Will Go On” with a nod to coach.

“And luckily … we sort of do well at home. We haven’t gotten a result lately in terms of wins but the performances have been good and the games have been exciting and I think the fans bring that to it,” Hart said.

In 12 CPL games at the Wanderers Grounds, Cavalry FC are the only team to win, a feat they accomplished twice.

For Valour FC, it was the first time in three games that the team leaves Nova Scotia with a point in the standings although a controversial non-penalty call when Ali Musse was taken down in the box and missed scoring chances leave the team wanting more.

“Points dropped for us, it’s the first time we got points here but our performance was excellent, the back four tremendous,” said Valour FC coach Rob Gale.

“Full credit to the boys, it’s not an easy place to play, it’s been tough all season. Teams struggle here and I thought they got to feel fortunate to have a point today.”

Wanderers goalkeeper Christian Oxner picked up his fourth clean sheet in a game where both teams had six shots on net. But, like Valour, this game represents a missed opportunity for the home side.

“Whenever you keep a clean sheet at home, you expect to win because you expect to get the goals, especially at home,” Oxner said while highlighting the team had goals against Forge in the last seven days but allowed goals in 2-2 and 1-1 draws.

“The guys in the locker room know that, we all know that. We just have to keep doing what we’re doing at the back and we know the goal will come with the quality we have.”