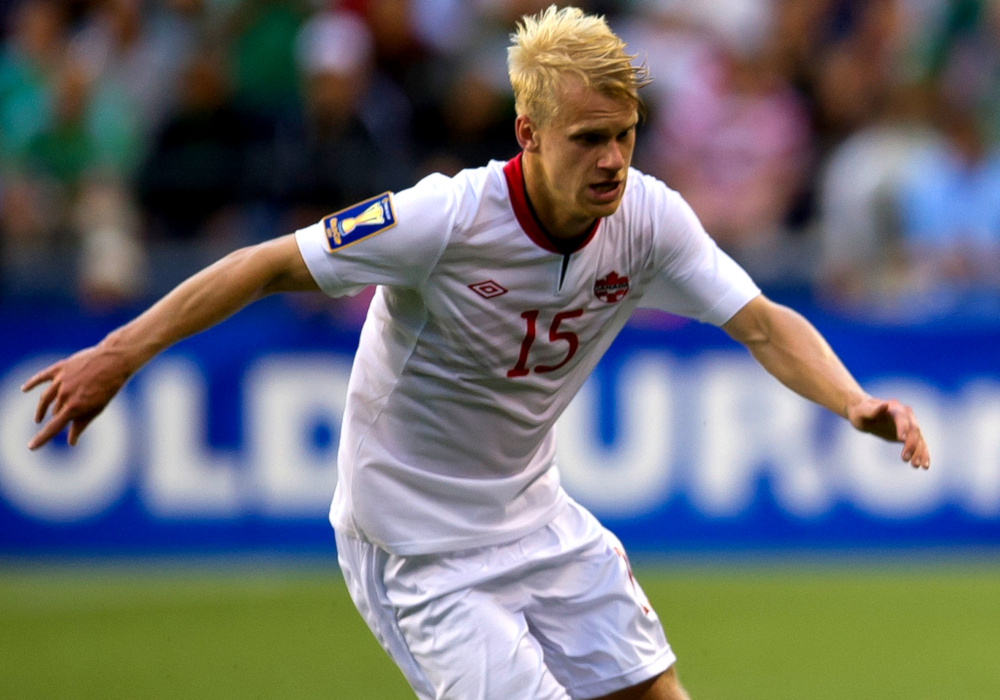 ‘This thing is going to blow up’: Kyle Bekker on Canadian Premier League and Forge FC
2018-12-03
by
Marty Thompson, Digital Content Editor (@martythompson_)

HAMILTON — Forge FC’s Kyle Bekker says the Canadian Premier League is on the verge of something special ahead of next year’s inaugural season.

“This thing is going to blow up,” Bekker told TSN 1150 after being revealed as one of the club’s first players.

“It’s like a startup business – that’s essentially what this is,” Bekker continued. “You’re going to have people who are skeptical from the get-go, but then the second you see people buying in and the type of players that are coming in with the experience that they have, all of a sudden people start turning around and start going, ‘oh, hey, maybe this is for me right away.'”

Forge unveiled Bekker and striker Chris Nanco on Thursday, making them two of the inaugural 10 signings in CPL history.

Bekker arrives with a particularly impressive resume; the left-footed creative midfielder is best known for his time with Toronto FC, where he made 29 appearances after being drafted third overall in the 2013 MLS SuperDraft.

“Just from the get-go from the league being announced, there’s been a general excited feeling,” Bekker added.

“This is something we’ve been wanting in Canada for a long time and no one really knew the best way to do it. Then finally have these guys put all the pieces together, and now having the opportunity to be a part of this at the ground floor, it’s just a very exciting opportunity and something I felt was perfect timing for me and my career. It was the right decision, and one I couldn’t pass up.

Jim Tatti and Louie B. of TSN 1150 speak with Kyle Bekker and Chris Nanco of Forge FC. Check out the full interview here.

The two also spoke highly of Tim Hortons Field, having both visited their future home ground earlier this fall.

“It’s on par with big facilities across North America. To have that at our disposal will be huge,” Bekker said.

? A player who's story reflects everything #CanPL stands for.