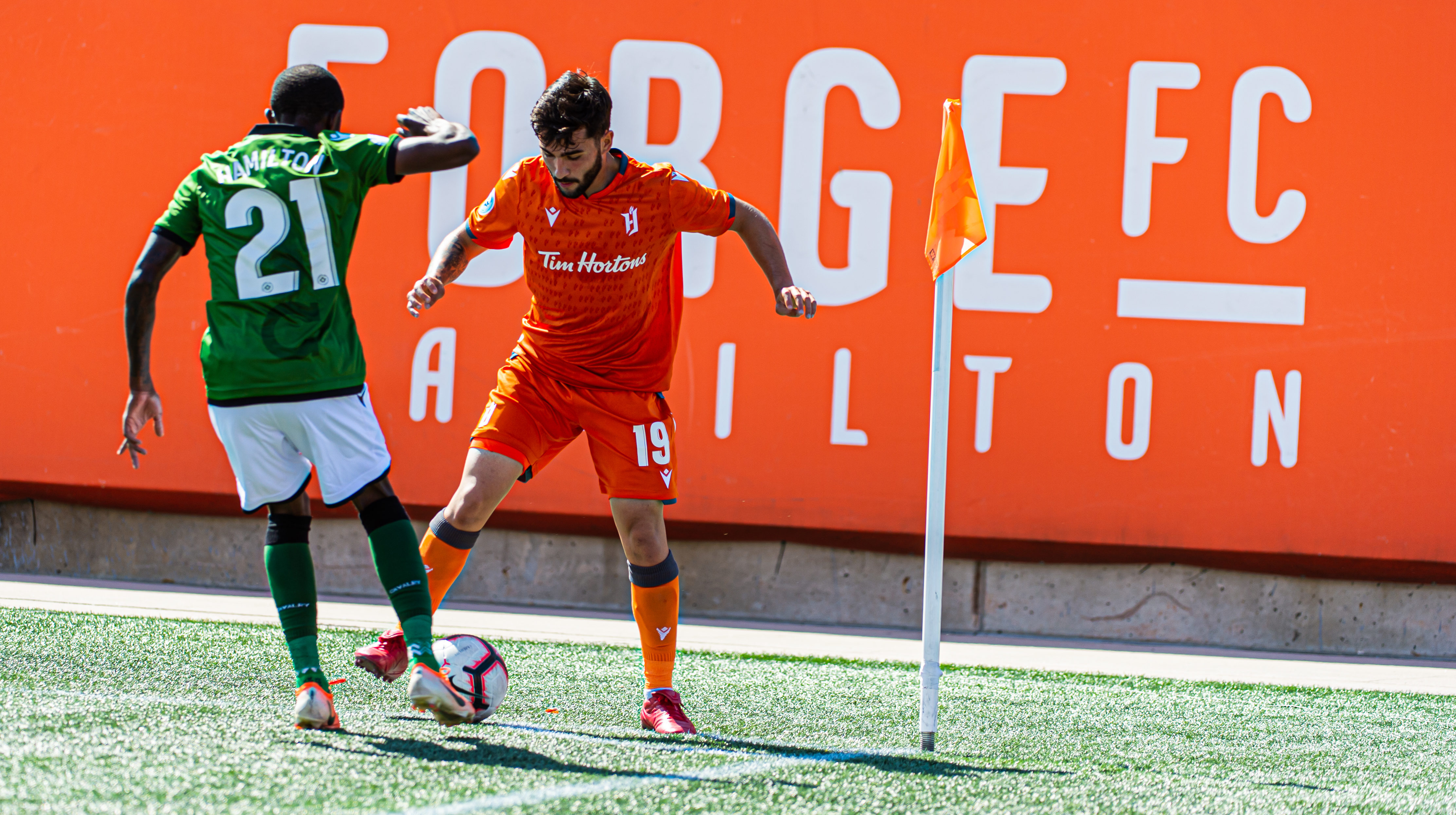 If you’ve got your theoretical scalpel out and cut CPL’s current Fall stanza to match the Spring’s size – a blistering 10-game sprint – we’d just be just arriving at the season’s end. Forge FC would be a point ahead with a game at hand, inching close to a title. Al Classico rivals Cavalry FC and FC Edmonton would be the only other sides still in contention.

While Forge fans wish they’d be a few strides from a title, it’s just not the case – the CPL’s unique 18-match second half is not even half over.

Jonathan Grant’s curling left-footed strike lifted Forge above Cavalry in the Fall standings on Sunday in the latest result in a nine-match unbeaten run – the kind of form that their Albertan rivals have ridden since clinching a spot in the CPL Championship this Spring.

“We started very, very well,” Wheeldon added, referencing his side’s similar start to the Spring campaign. “We’ve had additional games from our deep run in the Canadian Championship. But we didn’t expect to have 30-odd games we would end up dominating.”

Parity can best be seen either over time (the bigger the sample size, the better) … or in flashes.

Evening out their all-time record against Cavalry at 2-2-1, Bobby Smyrniotis’ group has, over time, pulled neck-and-neck with Cavalry. Beating them in back-to-back meetings, dating back to a key late-Spring match at Spruce Meadows, and far removed from those shaky early-season showings against the Cavs.

“Earlier in the year I think we just tried doing too much out of the tactical realm of things,” Smyrniotis reflected when asked about his club’s upward trajectory. “I think each team has their strong points and weak points, even the top teams in the league; it’s just how well you can stick to a game plan and go with what works. We really did that well in the 2nd half, helping us pick up the three points.”

Parity’s other end reared itself in Alberta on Sunday, playing out in a cruel, late flash for FC Edmonton.

Two smart goals from Oumar Diouck and Easton Ongaro were undone in the 85th minute by a bizarre goal from York9’s Ryan Telfer, whose looping cross (that may have been directed by Simon Adjei) dropped harmlessly in the box before floundering past goalkeeper Connor James. The Eddies, rooted in third, split points with fellow Fall season contender York9, making Forge’s result even more impactful.

While Forge takes top spot, interrupting Cavalry’s nearly two-month-long stay in first, it’s hardly a passing of the torch for Tommy Wheeldon Jr. – nor is a title guaranteed for Forge.

Still, it begs asking: How will parity, and the comparative marathon of the Fall season, shape the inaugural Canadian Premier League campaign?

No, it won’t be done with your scalpel.