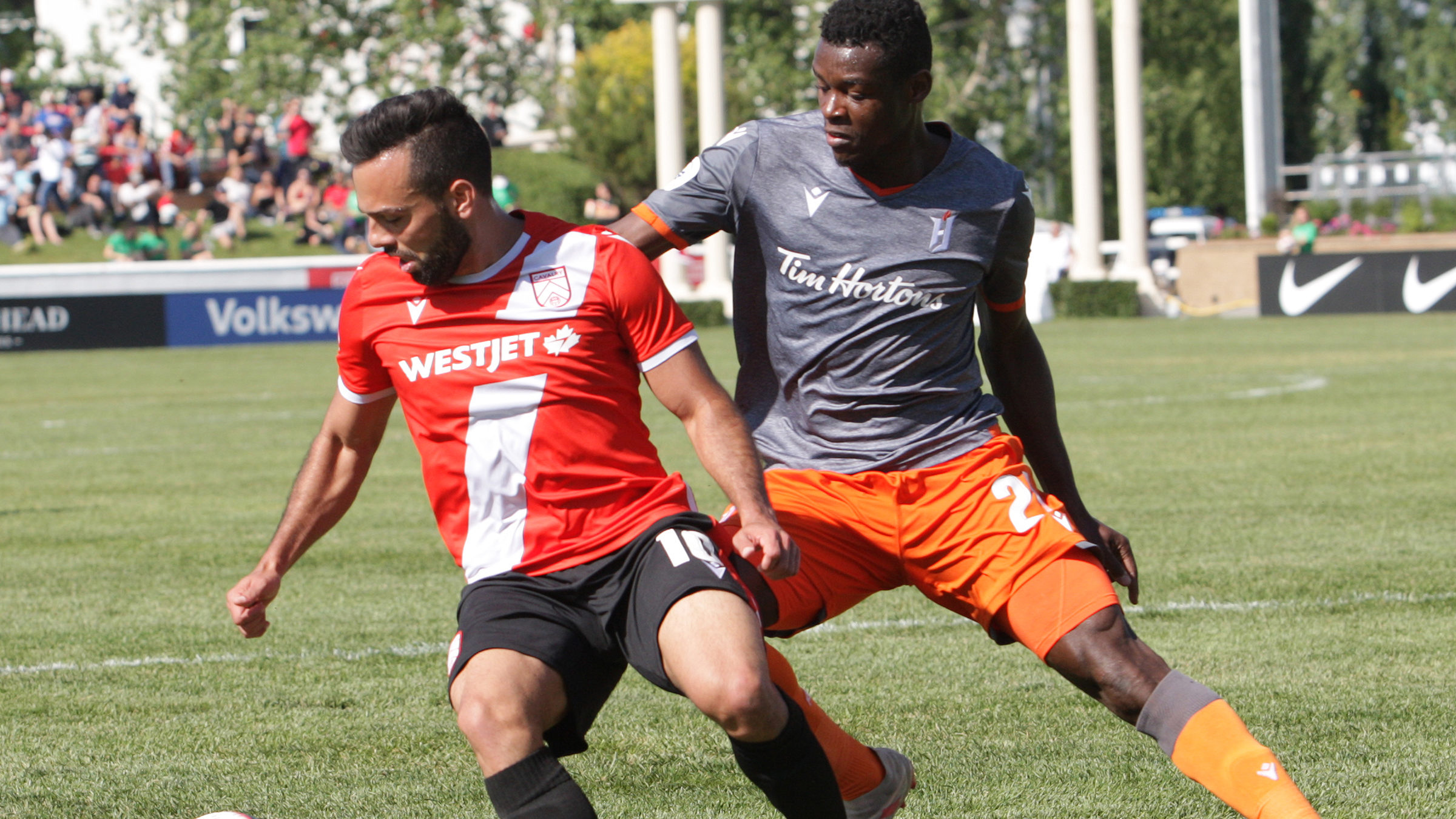 Rivalries are a tricky thing in an upstart competition such as the Canadian Premier League. “Competitive” rivalries are more likely to strike than your prototypical intense, “hate-your-guts” encounters.

So it’s rare that Cavalry FC and Forge FC – sitting first and second in the Fall standings – have enjoyed both in a series set to be renewed on Sunday (3:30 p.m. ET/OneSoccer) at Tim Hortons Field in Hamilton.

Their four hotly-contested matches defined the Spring season – two injury-time goals, a Canadian Championship tie, a late-season title-decider and a bench-clearing scuffle. So how will they shape the Fall?

Enter Nico Pasquotti. Late in injury time, off an in-swinging free-kick, Pasquotti thumped a winner past Quillian Roberts. Cavalry’s bench rushed to the corner in celebration, sliding along the soaked turf towards the goalscorer, kicking off a Spring session rivalry in style with an early-season classic.

Malonga converted (on Forge midfielder Alexander Achinioti Jonsson, who stepped in at goal) and abruptly glared at Forge’s bench. That saw tensions bubble over with a full-time melee; players, coaches and referees were all part of a midfield tussle that set up a wicked second leg, tied 1-1.

At Spruce Meadows a week later, these early CPL foes kept the intensity going with high-flying, back-and-forth play, dangerous first-half chances and chippy defending. Kyle Bekker opened the scoring before, guess who, Malonga headed home a second equalizer in as many matches.

Tommy Wheeldon Jr.’s side spring boarded off the intense two-legged affair to achieve the biggest league feat to date: beating an MLS side and emerging as the must-beat team in the CPL.

Not yet a foregone conclusion, arrows certainly pointed in Cavalry’s favour as they searched to celebrate a win in just their eighth match at Spruce Meadows.

It ended up being Forge’s lone shot on goal at Spruce Meadows, and the only goal of the match, ending Cavalry’s undefeated run and taking away their chance to win the Spring title at home, although they would win later in the week.

Forge earned their revenge, in a way, and brought the title race within reach. Now with the Fall title in scope, sitting two points behind Cavalry, can they do the same? We’ll see Sunday in Hamilton.