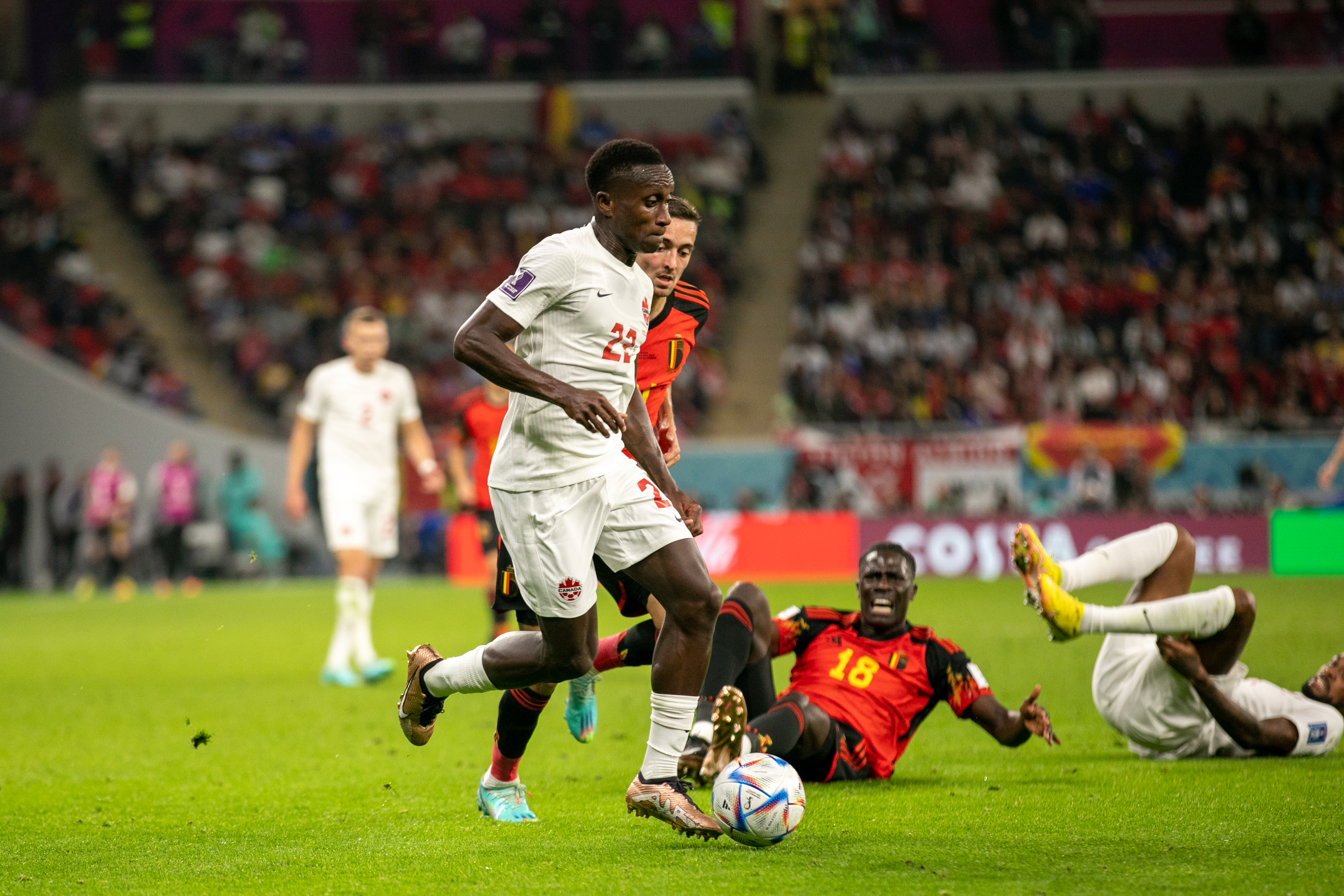 Canada’s second-ever World Cup began much like their first appearance back in 1986. Faced with the second-ranked team in the world, Belgium (in 1986 it was France), in a match where outsiders saw them as heavy underdogs, they put in a surprising performance and lost a narrow 1-0 contest.

But if they raised eyebrows in Mexico 36 years ago, today’s performance – even if the result didn’t go Canada’s way – will have turned heads around the soccer world.

By just about any metric, Canada should have won Wednesday’s match. Alphonso Davies had an early penalty opportunity that was well saved by Thibaut Courtois 10 minutes in, but Canada didn’t stop creating significant chances for the entire 90 minutes. They had 22 shot attempts (18 of which were inside the box), and 2.61 expected goals to Belgium’s 0.76.

While the result will unquestionably sting given the seemingly undeserved nature, Canada have sent a message not just to the soccer world but to themselves. They don’t just think that they belong among the world’s elite teams, but have now proven that to themselves during a performance that bodes well for the team heading into the rest of the tournament.

From the opening whistle, Canada were the furthest thing from starstruck. There was no real display of nerves, or of the significance of the occasion beyond a few well-earned tears during the national anthem.

Canada quickly went into attack mode, causing Belgium all sorts of issues with a well-timed and organized press and didn’t let up for any significant period during the entire 90 minutes. Whether they can play with that intensity for two more matches remains to be seen. If they can, one has to like their odds of getting something out of at least one of those matches.

Most predicted heading into this match that Canada would have to absorb pressure for significant periods and would have to hit Belgium on rare occasions on the counter-attack. They showed that ability in this match, but also an impressive capability to cut through an organized Belgian team with precise passes and combinations, as well as confident one-v-one dribbling. That bodes well against a Croatian side that tends to be incredibly organized defensively and likely won’t give up many transitional chances.

Another aspect that bodes well for Canada is how they dealt with Belgium’s key danger men. Kevin De Bruyne, the Red Devils’ main danger man, was limited to just 49 touches, 0.05 expected goals and 70 per cent passing accuracy. If they can do the same against the likes of Luca Modric and Hakim Ziyech in subsequent matches they will give themselves a good chance.

There are critical lessons to be learned from a match like this as well, particularly when it comes to finishing in front of goal. Perhaps the weight of becoming the nation’s first-ever World Cup goalscorer subconsciously played on the minds of players.

Canada’s flurry of misplayed chances and half-chances became all the more painful when Belgium finished their lone chance of the first half in the 44th minute. This match might see the most opportunities they create in the entire tournament, meaning that they will have to be far more decisive and clinical in front of goal in proceeding games.

After the first matchday, Canada came painfully close, but is still waiting for its first World Cup goal and point. If Wednesday’s performance was any indication, though, that wait won’t be for much longer.