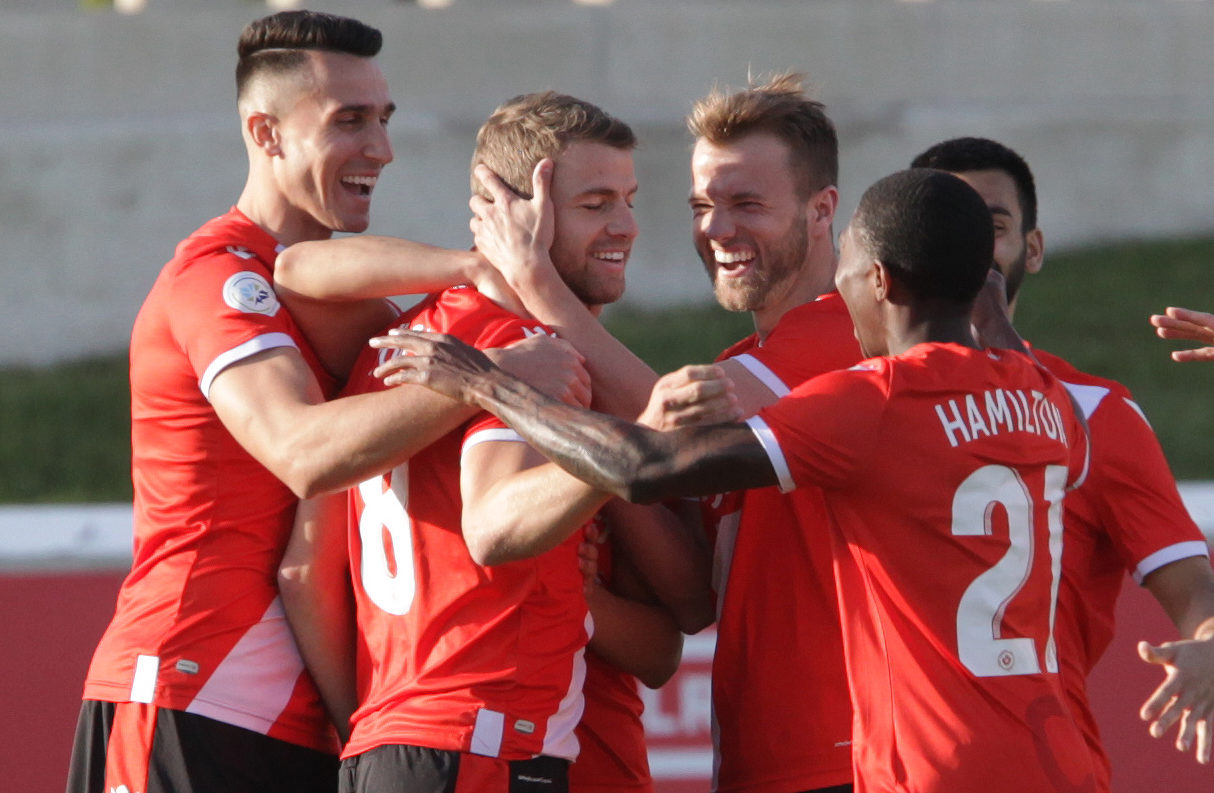 CALGARY — Chalk up another impressive feat for Tommy Wheeldon Jr. and his Cavalry FC team.

The Cavs, now winners of six straight matches, have advanced to Qualifying Round 2 of the 2019 Canadian Championship by way of a chippy 2-1 victory in the second leg over visiting Pacific FC (4-1 on aggregate) on Wednesday evening at Spruce Meadows’ ATCO Field.

“It’s another opportunity to shuffle our deck,” Wheeldon Jr. said post-game. “We gave some meaningful minutes to some good players. I thought it was a good game. I think 2-1 was a fair result.

“We looked at our schedule, and one of the advantages of advancing is because had we not, after the upcoming Halifax game, it would be three weeks until the next one. I’m a firm believer that too much rest creates rust. That was a carrot for us.”

With the Cavs punching a ticket to the second qualifying round, a meeting versus Forge FC is on the horizon, slated for Hamilton on June 4, with the returning leg in Calgary a week later. And a quick glance at the current Canadian Premier League standings shows the two sides boasting the top records.

“We’ve got five key players missing, and four of those we are hoping to have around that period [against Forge], and it gives us a chance to go and get them,” Wheeldon Jr. said. “If I’m the opposition, I think you’re looking at ‘What system are they going to play?’ ‘what players are they going to play?’. I think we are one of the most versatile groups.

“We want to be out in front (of the standings) and setting that standard. And we want to have others try to chase us.”

The teams are familiar foes, only a few weeks removed from a 2-1 Cavalry victory on May 12 at Tim Hortons Field. It was an intense battle that looked destined for a draw until Nico Pasquotti’s injury-time clincher stole three points for the Calgary-based club.

Scoreline aside, the tilt proved to be a physical affair with three yellow cards awarded and over 30 fouls conceded between the two.

Is the Calgary bench boss anticipating facing a Hamilton group with revenge on its mind?

“I’ve got a lot of respect for Forge. They’ve put together a good group,” Wheeldon Jr. explained slyly. “We’re looking forward to playing them again.”

And while there’s plenty of work still to be done, it’s tough not to circle a date with Major League Soccer’s Vancouver Whitecaps in July for the side that progresses to the third stage of the Canadian Championship.

“They’re in the distance. Forge is next,” Wheeldon Jr. stated. “All we talk about is what’s next for us. Tomorrow, we’ll look at the game review, and we’ll focus all of our attention on Halifax. After Halifax, we’ll have a bit of a breather, a 10 day period to prepare for Forge. That’s all we do. We look at the next man up, the next game up.”