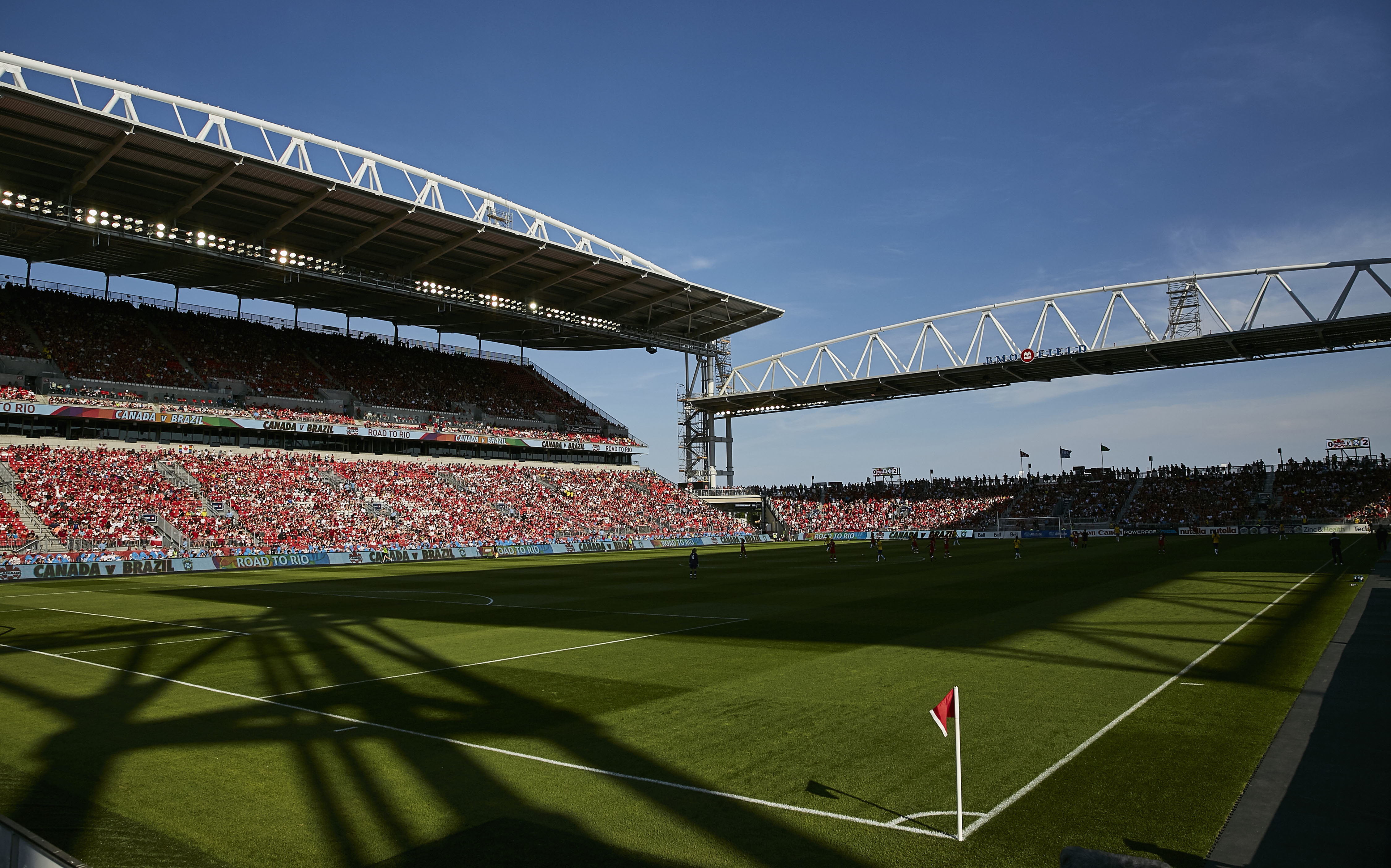 After years of speculation, it’s official at last: Toronto and Vancouver will host matches at the 2026 FIFA World Cup.

At an event on Thursday evening in New York City, FIFA announced all 16 cities across Canada, the United States, and Mexico that will serve as venues for the joint-hosted men’s World Cup in 2026. Football’s international governing body revealed that Toronto and Vancouver have been selected as the two Canadian hosts. Edmonton was in the mix as a third candidate, but the Albertan capital has not been chosen as a host city.

The venues were announced one-by-one from New York, beginning with the westernmost cities and proceeding to those centrally located and then in the east. Canadian men’s national team star Jonathan Osorio — as well as American and Mexican counterparts Christian Pulisic and Chucky Lozano — was on hand as well to give his reaction to the news, live on FIFA’s worldwide broadcast of the announcement.

“It’s amazing that the World Cup is finally coming to Canada, it’s something that as kids it was hard to even dream of,” Osorio told hosts on air.

He added: “I think it’ll be something similar to the World Cup in 1994, and what that did for the sport in the United States, I think it’ll be a similar thing happening for Canada. It’ll grow the sport, it’ll unite the people. Canada is full of people from all over the world, it’s full of immigrants — my parents are immigrants — and immigrants of countries that love football, so I think it’s gonna do a lot for the growth of the sport.”

The World Cup was previously awarded to the United bid from Canada, the U.S., and Mexico on June 13, 2018 during the 68th FIFA Congress in Moscow, as the North American trio defeated Morocco in the final round of voting by FIFA members. This will be the first World Cup to be co-hosted by three countries.

This will be the fourth men’s World Cup to be hosted in North America. Mexico has hosted twice on its own, in 1970 and 1986, while the U.S. held the 1994 competition with a memorable won by Brazil at the Rose Bowl in Los Angeles. Canada has never hosted the men’s tournament, though in recent memory it has been the solo host for the 2015 Women’s World Cup, the 2014 Women’s U-20 World Cup, and the 2007 Men’s U-20 World Cup.

From the initial bid, the expectation is that Canada will host 10 matches in the 2026 World Cup — which will be the first tournament to have an expanded field of 48 teams. It’s not yet certain how those matches might be split up between Toronto and Vancouver.

The specific venues for World Cup matches in Canada are expected to be BMO Field in Toronto and BC Place in Vancouver, both of which will require significant upgrades and renovations to meet FIFA’s standards for World Cup stadium size, grass playing surface, and other infrastructure.

BMO Field, home to MLS side Toronto FC, has hosted a number of major international games, including four of Canada’s recent qualifiers for the 2022 World Cup. It was also the venue for seven games at the 2014 U-20 Women’s World Cup and 12 at the 2007 U-20 Men’s World Cup (including the final). Its current capacity for soccer is about 30,000.

BC Place, meanwhile, also has a strong history of hosting important matches, and it was the site of the Canadian men’s national team’s most recent appearance on home soil — a 4-0 Nations League win over Curaçao. The 54,400-seat stadium is home to the Vancouver Whitecaps of MLS, but it was also the site of nine matches at the 2015 Women’s World Cup, including a sold-out final between the United States and Japan.

“We are very proud of Canada’s candidate host cities for putting together substantial and compelling bids for the FIFA World Cup 2026. The competition for venue selection was the most robust in FIFA’s history. Today’s success is a testament to the cities, provinces, and federal government’s commitment and dedication in pursuit of hosting the most prestigious single sporting event in the world. We congratulate Toronto, Ontario and Vancouver, British Columbia, we also wish to express our sincere appreciation to Edmonton, Alberta for their historic support and desire to contribute to the growth and development of our sport in this country by hosting FIFA competitions.”

Of the other 14 host cities, three are in Mexico — Guadalajara (Estadio Akron), Mexico City (Estadio Azteca) and Monterrey (Estadio BBVA). The remaining 11 venues are in the United States.

The full list of venues for 2026 is as follows: