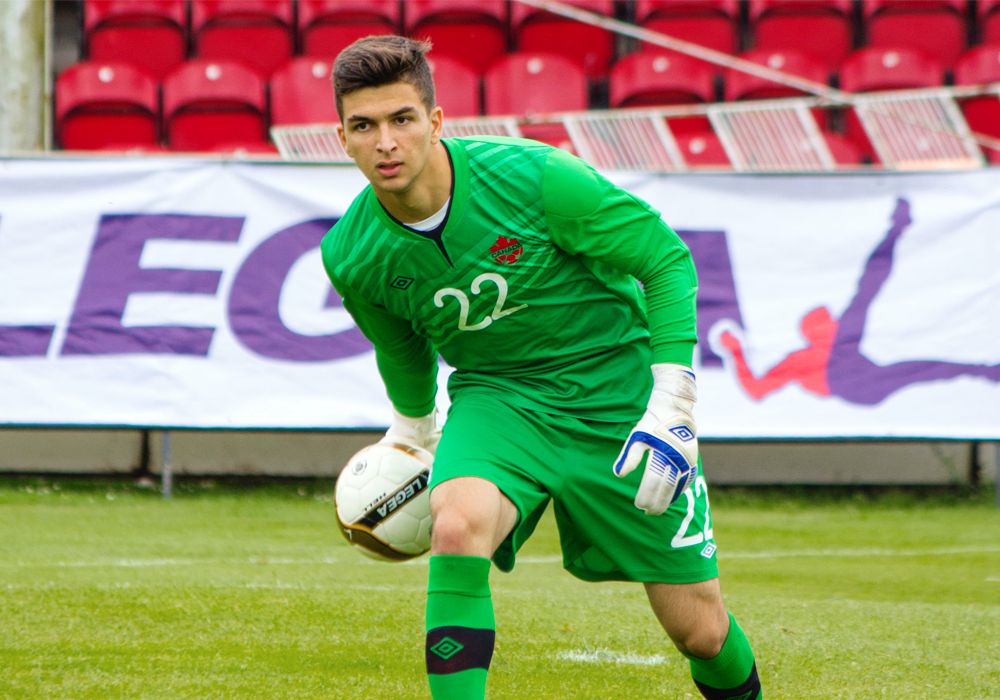 Cavalry FC announced Wednesday the club has added four more players to its roster ahead of the Canadian Premier League’s inaugural season.

“These four signings represent our recruitment strategy whereby we are identifying local talent first, then national (Canadian talent) and international as we build out our squad,” Cavalry coach Tommy Wheeldon Jr. said.

Carducci, 22, joined the Vancouver Whitecaps in 2014 and made his professional debut in a Canadian Championship loss that same year to Toronto FC.

After going on loan to Whitecaps FC II, Carducci moved to Rio Grande Valley FC before spending last season playing under Wheeldon at Foothills FC. Carducci has represented Canada at every youth level.

“Marco is a highly-talented goalkeeper and one who is perfect for the style of play we are looking to develop with the Cavalry,” Wheeldon said.

“His future is still waiting to be written and we want to be a part of his journey as he has made his intentions clear that he wants to complete his journey and play for the Canadian national team.”

Serban, 23, spent three seasons with Whitecaps FC II amid appearing multiple times for Canada at the youth international level — including participation in the 2015 CONCACAF Under-20 Championship.

“Chris is a highly-rated attacking fullback who has represented Canada at the youth level,” Wheeldon said. “He is honest, hard-working and humble off the pitch, but packs a tenacious punch and plays on the front foot.”

Zator, 24, spent a season with Whitecaps FC II following a four-year stay at the University of Alberta. The imposing 6-foot-1 defender spent last season under Wheeldon at Foothills.

“Dominick is a modern centreback who is quick and athletic on the ground, good in 1-v-1 duels and is very comfortable bringing the ball out of the back,” Wheeldon added.

“He was a late bloomer who was never selected for any provincial or national youth team programs. It’s his intelligence that makes him the player we want in our club as he is very cerebral and calculated in his decision-making.”

Adekugbe moved to Calgary from England at eight years old and began his development with Foothills.

He spent his university years at Trinity Western whilst returning to Calgary during the summer months to play for Foothills in the Premier Development League (PDL).

“Elijah is what this league is all about: Giving young Canadians a chance,” Wheeldon said. “He is someone I have had the pleasure of working with for over 10 years now and I’ve watched him grow as a player and a person.

“He is a highly-technical midfielder who likes to keep his team in possession. He’s a hard-working person and a studious player who just needs this platform to grow.”

Before adding experience in Ledgerwood and Camargo prior to the January window, Wheeldon scouted various levels in England and Scotland to potentially add to a Cavs squad that is currently comprised of a half-dozen Canadians.

“It’s important to have people in the trenches with you that you trust and believe in,” Wheeldon added. “These four players grew up in Calgary and are proud to be among the first players signed in Cavalry FC history.”