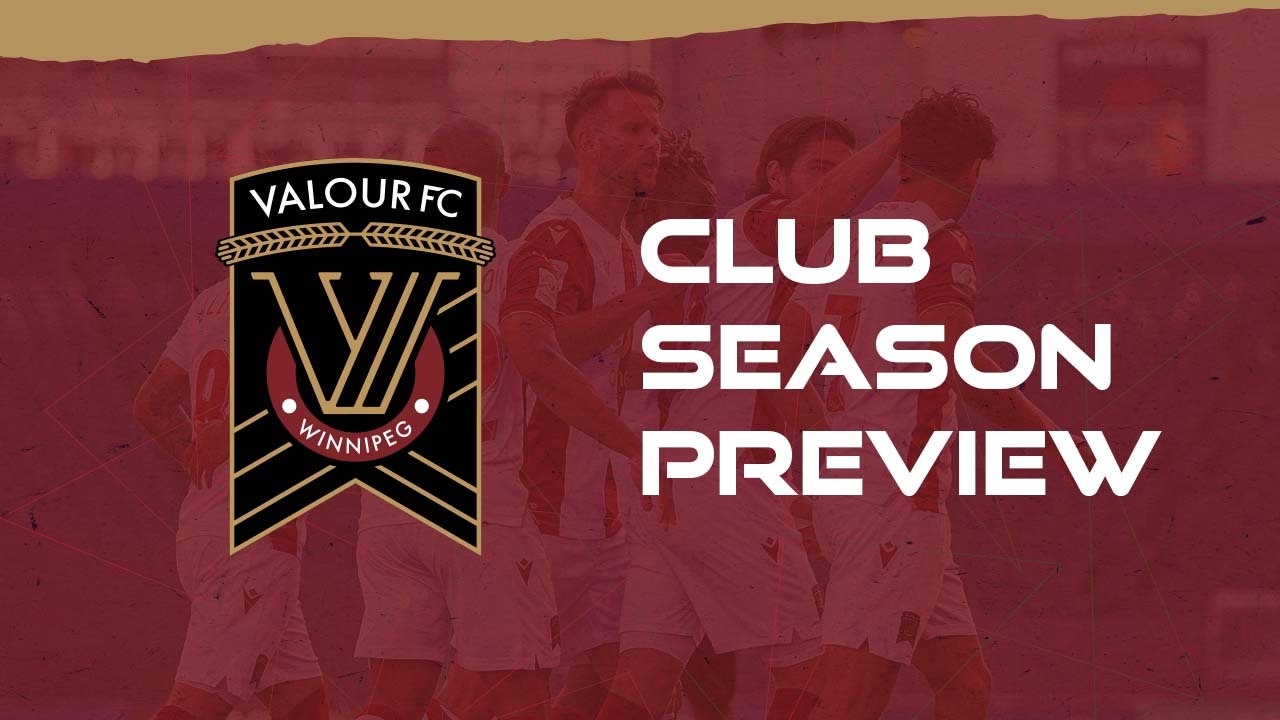 Valour FC got off to a flying start in 2021, but a dip in form saw them miss the playoffs by the smallest of margins.

They won six of their eight games at The Kickoff, the bubble environment they hosted for all eight teams to begin the 2021 season, all of them clean sheets. They would only win four of their remaining 20 matches, however, dropping from first place as low as sixth, before a good end to the season saw them climb back into fourth, missing out on the playoffs by a single point. They nearly pulled off a miracle on the final day of the campaign, as two goals and an assist from Moses Dyer in the final 15 minutes turned a 3-0 deficit into a 3-3 draw, but they couldn’t find the fourth goal they needed.

After winning six of their first seven, they only picked up five points in their next 13 games, showing signs of being a very good team, but struggling at times to execute it to their full potential. They changed things up with a managerial change in September, replacing inaugural head coach Rob Gale with former Vancouver Whitecaps assistant Phil Dos Santos.

The form improved under the new boss, and they nearly made it into the playoffs, but the move definitely had one eye on the future. 2022 is a chance for Dos Santos to make his mark on the team and on the roster over an entire season. Valour will have high expectations going into the new year, and with some exciting additions, and returnees, they have a chance to continue to grow as a team.

After establishing himself as one of the best young goalkeepers in the country a year ago, taking home the CPL’s Goalkeeper of the Year award, Jonathan Sirois is back on loan again from CF Montreal for the 2022 season. The 20-year-old made 24 appearances a season ago, keeping nine clean sheets — including a record six in a row. He’s joined on loan from Montreal again by Sean Rea, who had two goals and four assists in 25 games in all competitions on loan at Valour last season.

Also returning to the club, on a permanent basis after being on loan from Toronto FC in 2021, is centre-back Rocco Romeo. The 22-year-old made 16 appearances in 2021, scoring twice and putting in some strong performances defensively. Phil Dos Santos called him “an extremely positive influence in the locker room” as well.

Joining the attack are former HFX Wanderers winger Alessandro Riggi, and Diego Gutiérrez, who rejoins the club after spending 2019 and 2020 with Valour before a year away with Barnechea in Chile.

Among the players leaving the club are a trio of midfielders — Masta Kacher moved to FC Edmonton, Keven Aleman went to Atletico Ottawa, and fan-favourite Jose Galan has moved to yet another stop of his globetrotting career, landing in Gibraltar, signing for Bruno’s Magpies. While he hasn’t signed anywhere else yet, striker Austin Ricci also departed at the end of his contract.

Valour’s season gets underway on Sunday, April 10, as they head to Clarke Stadium to take on FC Edmonton at 2 pm local time/ 4 pm ET. That game kicks off a three-game road trip for the side, which will also see them head to Langford to take on the champions Pacific FC on April 17, then to the nation’s capital on April 24 to face Atlético Ottawa.

They return to IG Field on Sunday, May 1 for their first home game of the season, kicking off a three-game homestand against Forge FC. In the following two weeks they’ll also host HFX Wanderers and York United.

The 2022 regular season will end at the same stadium it started for Valour, as they play match number 28 at Clarke Field in Edmonton.

Back for another season on loan from CF Montreal is the defending CPL Goalkeeper of the year Jonathan Sirois. The 20-year-old had a breakout first year in the CPL, and was unlucky not to be nominated for the U21 Canadian Player of the Year as well. Born in 2001, he’s eligible for that award again, and with another season like the one he had, it’ll be hard to keep him off the ballot.

In the middle of the defence, Andrew Jean-Baptiste and Rocco Romeo are expected to start together at centre-back. Jean-Baptiste is returning to the team after an ACL injury kept him out for most of last season, while Romeo joined the team on loan shortly after, so they are yet to play alongside each other in a competitive game. The duo are both tall and physical, and will cause a lot of trouble in the air for opposing players. On either side of them, there are several options at fullback, especially at right back with two potential starters in Andy Baquero and Federico Pena. On the left, Matteo de Brienne has signed for the club after a strong season at Carleton University, and Valour also have Brett Levis who can play at the position.

Levis is instead included in the midfield of CanPL.ca’s projected XI, alongside club captain Daryl Fordyce. On the left of the midfield four is Sean Rea, another CF Montreal loanee who looked sharp in his time with Valour in 2021. On the right could be Diego Gutiérrez, who played 31 matches for the club in 2019 and 2020, picking up an assist. He can also play right back, which gives Valour even more options, including the ability to start Alessandro Riggi on the wing.

Up top, Dos Santos has two very exciting options in William Akio and Moses Dyer — last year the duo combined for 17 goals, Akio scored eight and Dyer nine. Both are good finishers, and fit well into a system together — Akio has the pace and dribbling ability to beat players with the ball at his feet, and Dyer is good at creating chances for his teammates (he shared the team lead with Sean Rea for assists with four) and gets himself into great positions to make things happen.

After being limited to just seven games last season as a result of a season-ending ACL injury, Valour FC defender Andrew Jean-Baptiste will almost be like a new signing heading into 2022.

The Haiti international centre-back was arguably the league’s best defender during The Kickoff in 2021. In the seven matches he played, Valour won six of them with six clean sheets as well, and the man they call AJB had also pitched in with a pair of goals.

GOAL 🎖@ValourFootball get the 1st goal of the match vs. @YorkUtdFC as Andrew Jean-Baptiste scores a ferocious header off a corner kick #CanPL | 🔴 https://t.co/hishXepRT3 pic.twitter.com/Ih6hhJieTK

One of the best players in the league in the air, and a strong defender on his feet as well, he’s one of Valour’s vital leaders, sharing the captain’s armband with Daryl Fordyce. Jean-Baptiste was re-signed by the club in October, bringing him back for a third, hopefully full, season after two that were shortened between the pandemic and his injury.