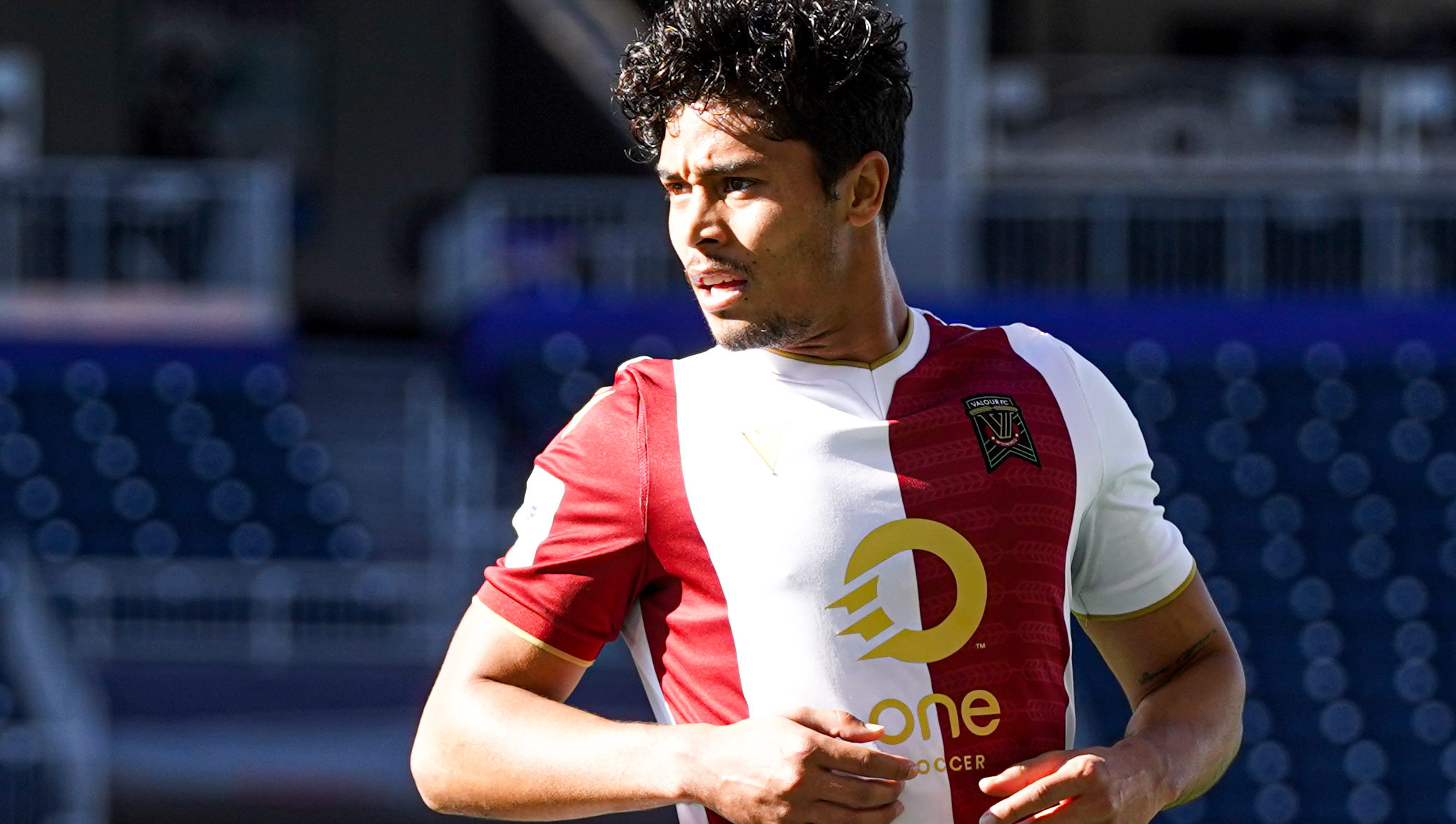 Valour FC centre forward Moses Dyer was named CanPL.ca Player of the Week for the week of October 8 to October 15 after scoring an adding an assist in Winnipeg’s big 3-1 win over Forge FC at IG Field on Sunday.

The New Zealand international delivered a beautiful cross on Rocco Romeo’s opener against before adding one of his own after 59 minutes – a smart striker’s goal where he beat the mighty Dom Samuel to the ball on a break before giving one of the sweetest low-volley hits you’ll see in the CPL for his third goal in four matches.

The result, aided by Cavalry FC’s win over York United at midweek, saw Winnipeg vault back into the chase for a playoff spot under new coach Phil Dos Santos.

Dyer, 24, has been brilliant as a centre forward, moving back up the field after a spell in midfield under previous coach Rob Gale. The versatile attacker has missed just one match this season for Valour, posting 24 appearances, six goals, and three assists in all competitions.

A lovely ball over the top from Ohin finds Moses Dyer whose right-footed strike finds the bottom corner. @ValourFootball now have a 3-1 lead over @ForgeFCHamilton#CanPL 🇨🇦 | 📺 TELUS ch. 980 | 🔴 https://t.co/hishXepRT3 pic.twitter.com/cwxNdtQPZE