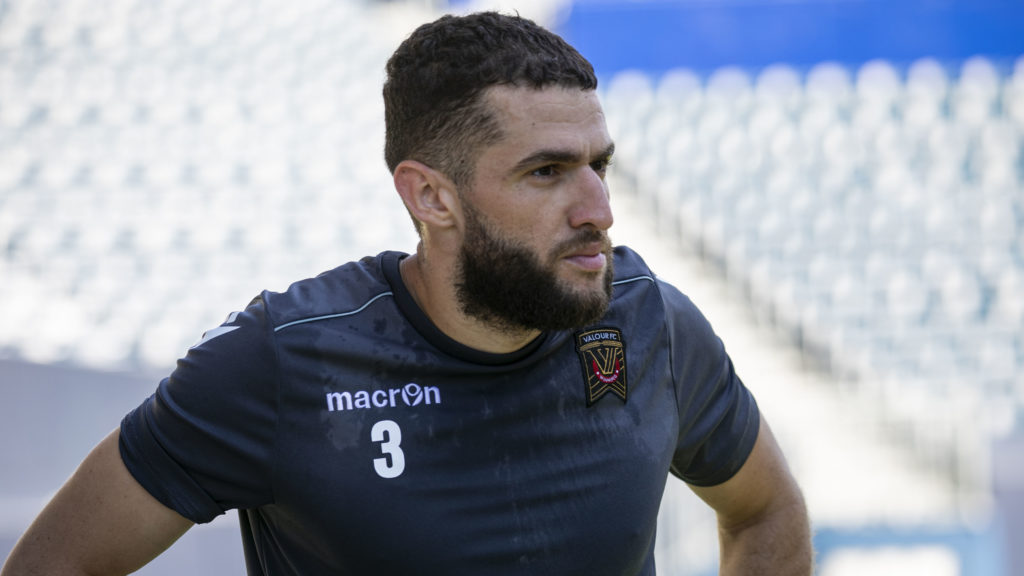 Valour FC announced the signing of centre back Chakib Hocine on Monday, giving the former HFX Wanderers FC a new lease on life in the Canadian Premier League.

Hocine, 28, was expected to be a leader on Stephen Hart’s Wanderers side in 2019, but injuries left him sidelined for most of the campaign. The six-foot-five defender made just four league appearances and accumulated a mere 352 minutes of playing time (although he did captain the side in the Canadian Championship) before being released by the club last December.

The Algerian-born defender had been on trial with Valour, alongside other fellow CPLers Austin Ricci (York9 FC) and Tofa Fakunle (Cavalry FC), paving the way for his permanent move to the Winnipeg-based club.

“It’s a fresh start. I’m just so focussed on this season,” Hocine told CanPL.ca. “I feel good and I’m happy to feel good. Now I understand just how important it is to not just be healthy, but to feel healthy.

“I’m just happy even with the small things now. I’m happy to go to the stadium every day to train, to be ready to train. When you’re injured you can’t do any of that.”

Before joining the Wanderers, Hocine helped Finnish side Ekenäs IF place third in the country’s second-tier, in addition to being a part of the team’s run to the semifinals of the Finnish Cup.

A native of Quebec, Hocine came through Montreal Impact’s under-23 program and made nine appearances in the United Soccer League with FC Montreal in 2015.

Valour now has 22 players under contract for the 2020 season, and Hocine is one of 15 newcomers on the squad. He joins a defensive core at Valour that includes new internationals Andrew Jean-Baptiste (Haiti), Amir Soto (Panama) and Arnold Bouka Moutou (Congo), and returnees Raphaël Garcia and Yohan Le Bourhis.