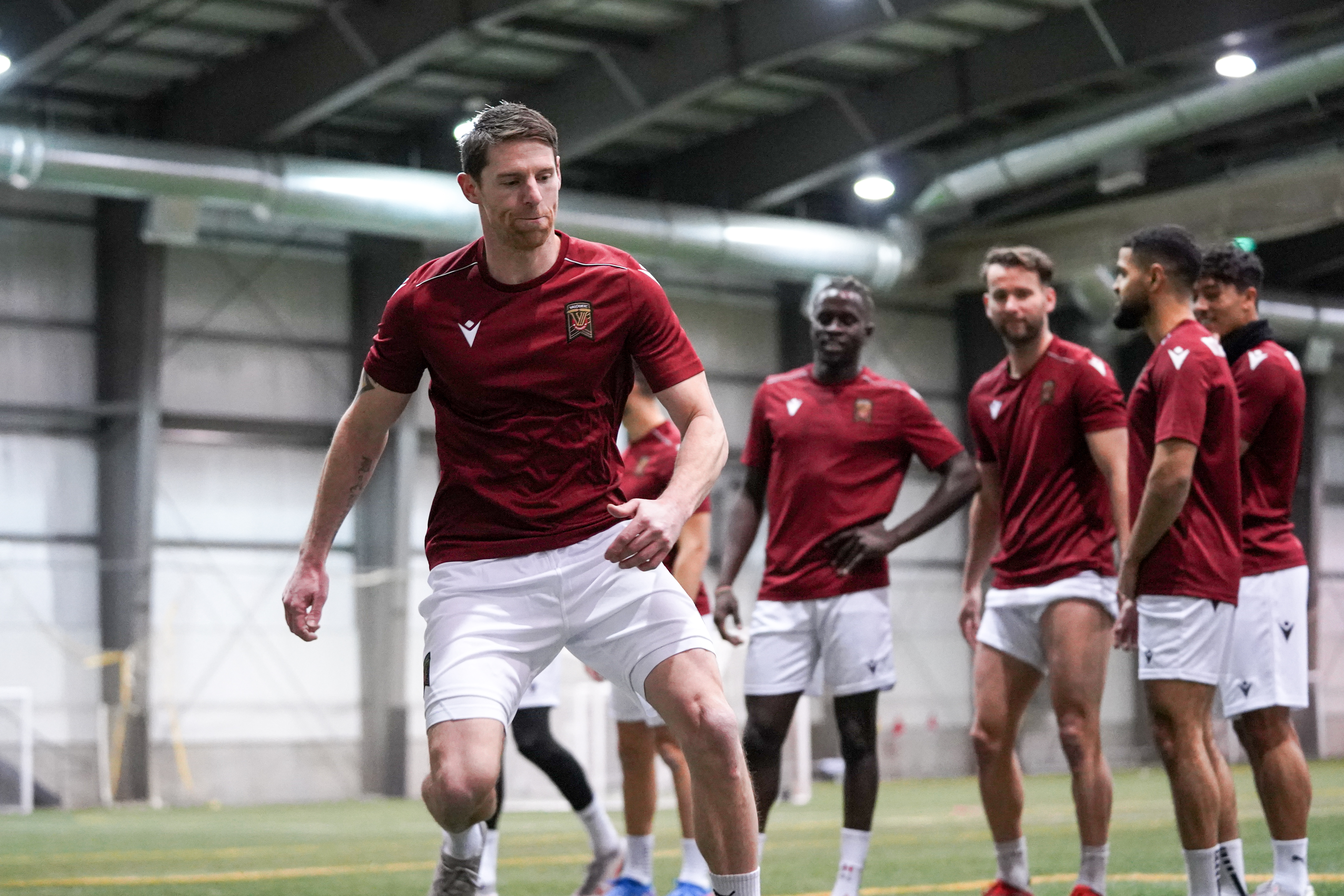 They slapped backs, bro-hugged and traded barbs only the way teammates can.

And after a weekend of reminiscing, medicals and testing, Valour FC got to work on the pitch for Day 1 of their pursuit of the only goal that matters: becoming a Canadian Premier League champion.

Granted, that’s the exact same goal in all the stops across this country’s domestic league, but with Valour now preparing for its fourth season and with 10 players returning the expectations have only grown for a side that finished 2021 with so much promise before falling a point shy of a playoff berth.

“We’ve got a great bunch of guys with quality from last year and we’ve strengthened the squad to compete this year again,” said veteran midfielder Daryl Fordyce at the conclusion of the first day of camp at the Winnipeg Soccer Federation South Complex. “Obviously all the other teams are going to do the same. So, you only look at yourself and you don’t really worry about the other teams. You better each other, you better yourself, you improve and get yourself ready for the season.

“It’s good to get boys back, including myself, and get the cobwebs out of our legs and get going again.”

Valour GM and head coach Phillip Dos Santos put his troops through a rigorous first day and, as he did upon his arrival last September before a valiant late-season playoff push, worked to establish clear-cut goals and expectations.

“From Day 1, right away, we have to be starting to set in mind what we want to be and what this team needs to be,” he said. “We did that before training today. On the weekend it was more about the day that belonged to the medical staff and the doctors. Today we made sure we set the tone right away.

“I wanted to make sure it was clear to everyone that these are our goals, and we have to work towards one step at a time.”

Valour’s late-season push in ’21 stemmed from the squad’s understanding of what style of football Dos Santos wanted to play. Asked to explain what he meant by ‘what kind of team this needs to be’, he offered this:

“I want us to be a team that understands that, that we’re always committed, that there’s fluidity between defending and attacking. Then when we do recover the ball that we value the ball, that we don’t force the opening we try to create it with movement – movement of the ball, movement off the ball. That’s what I want us to be.

“At the end of the day, if our commitment is there and we work as a team and understand the importance of making things difficult for the opposition because we are always playing on the edge, we’re always aggressive in our mindset in the way we want to do things and defend and attack I think we’ll have a chance to win,” he added. “If we do it as a team, we’ll be higher and that’s what we want to build here.”

Valour opened camp without Chilean forward Walter Ponce and Colombian midfielder Daniel Ascanio. GM and head coach Phillip Dos Santos said Monday he hopes the two internationals can join the club prior to its departure to Victoria in mid-March for a preseason camp.

“It’s all visas, paperwork, and so it’s unpredictable,” said Dos Santos when asked when Ponce and Ascanio might arrive in Winnipeg. “We hope it will be before we go to Victoria; we hope it’s before we start playing a few games and give them maybe three-four weeks of preseason before the kickoff of the season.

Valour has five players in camp on a trial.

-GK Quillan Roberts: Toronto product who is currently a player/coach for 1812 FC Barrie of League1 Ontario. Made nine starts for Forge FC in 2019.

-D Aaron Hidalgo: Winnipegger who has been part of Valour’s camps before. University of Saskatchewan product who started 10 games for the Huskies last season.

-F Caden Tomy: Another Winnipegger, Tomy made four appearances for Valour in 2021.