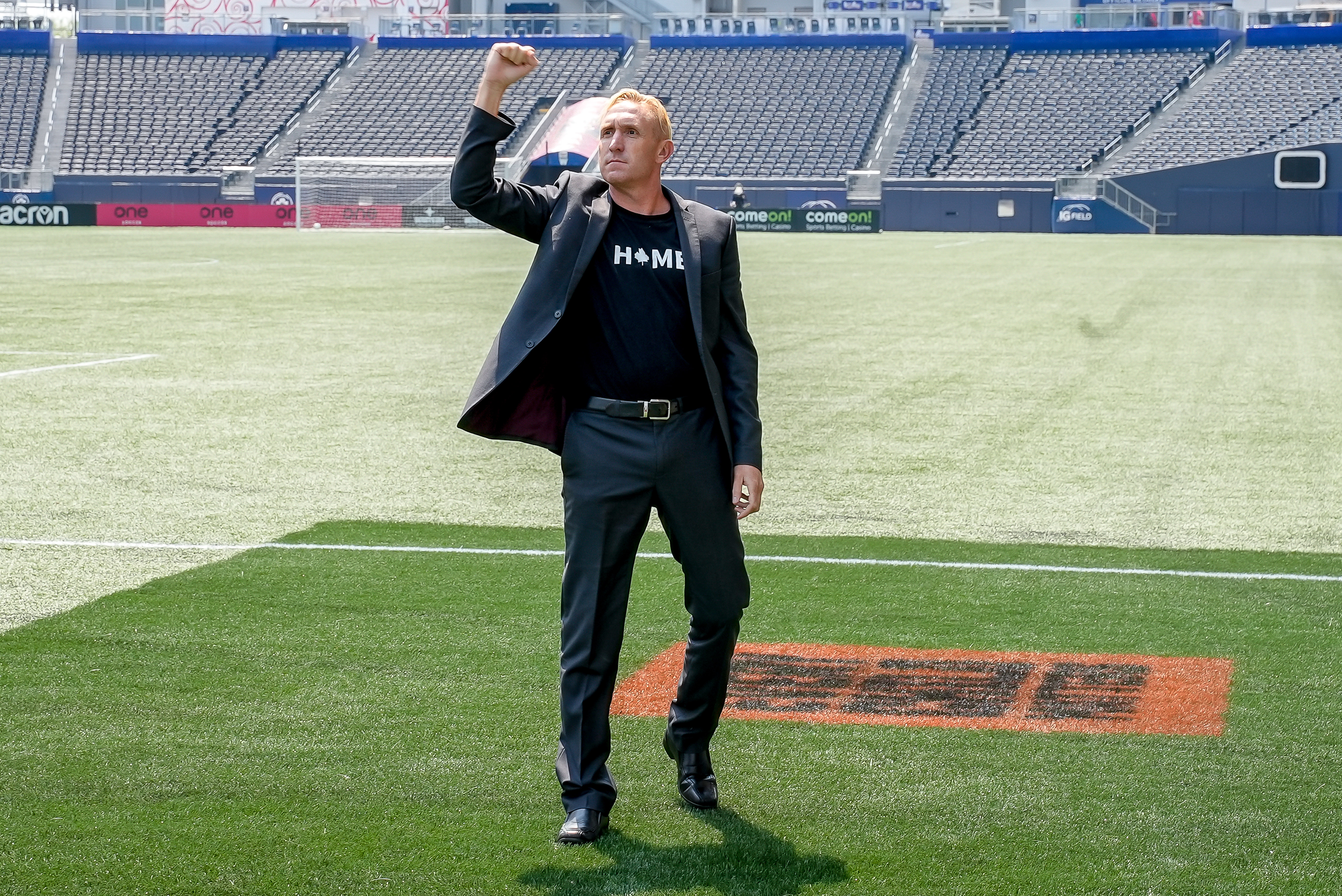 Valour FC announced on Thursday morning that the club has relieved head coach and general manager Rob Gale of his duties, effective immediately. Simultaneously, the Winnipeg-based club revealed that Phillip dos Santos will be taking over Gale’s duties as coach and GM.

Gale had been at the helm of Valour since the club’s foundation, steering them through two full seasons plus the majority of this 2021 campaign. In total, he coached the side for 53 Canadian Premier League matches, to a record of 17 wins, 8 draws, and 28 defeats. He took over in the professional game with Valour after many years working in Manitoba as a coach, particularly at the youth level. He was head coach of the Canadian national U-18 and U-20 teams for several years as well.

This season, Valour currently sit fifth in the CPL table with a 7-2-9 record, with 10 games remaining in the schedule.

“This morning Rob Gale was informed of the decision that we would not be renewing his contract heading into 2022 as Valour’s GM and head coach,” said Valour president and CEO Wade Miller. “I want to thank Rob for all his work in our organization, for laying a strong foundation for the Club, and for his best efforts in coaching the club. This is a results-driven business and those results have fallen short of our expectations.”

Dos Santos, named the second manager in Valour’s history, comes to the club after a recent stint as an assistant coach for the Vancouver Whitecaps. The Montreal-born, Portugal-raised coach has coached at a variety of levels across North American soccer, including in the NASL and USL before moving to MLS, and he also previously worked with the Canadian U-17 national team. He has a UEFA A coaching license.

“We have a good group players in our locker room and I have no doubt that Phillip will work to improve our results to make Valour fans proud in the years ahead,” said Miller. “Phillip has vast experience coaching at the professional level. We are excited to have him join the Valour FC family and work with our talented players and assistant coaches.”

Valour announced as well that assistant coach Damian Rocke and goalkeeper coach Patrick Di Stefani will remain with the club.