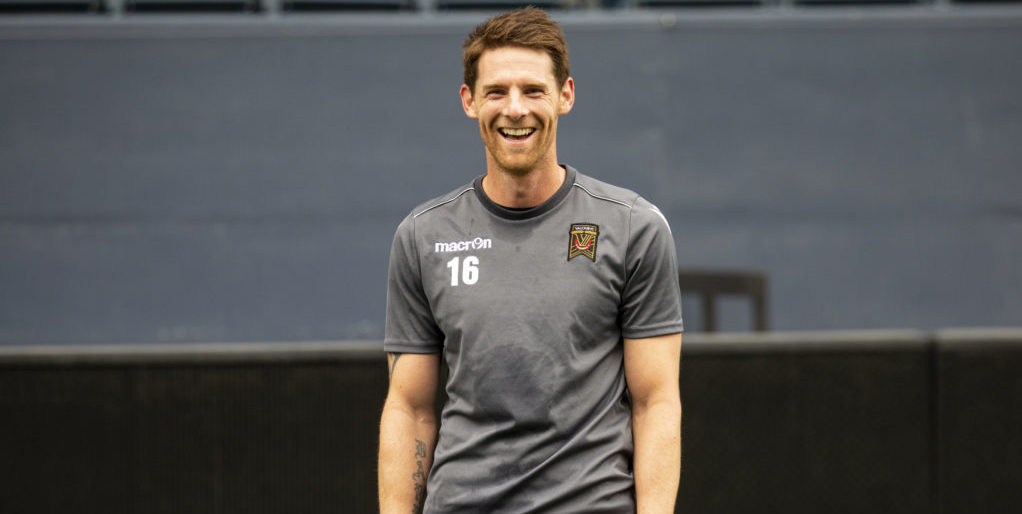 Valour FC continued to secure its attacking group on Thursday, announcing that striker Daryl Fordyce will be returning to the club for the 2021 CPL season.

Fordyce, a 34-year-old attacker from Belfast, Northern Ireland, signed for Valour last year and played in five of the club’s seven matches at The Island Games, scoring once from a penalty kick against his former club FC Edmonton.

The striker has extensive experience in Canadian soccer from his time with the Eddies, having played over 100 times for the club in the NASL between 2013 and 2017. He is still the club’s top all-time scorer, with 34 total goals.

His skillset and experience did have him in demand by other teams over the last few months.

“I had a little bit of other interest here and there,” Fordyce told CanPL.ca. “But I spoke with my wife and said, ‘’Valour brought us back to Canada. 2020 was a write-off and so I want to repay some of that back to the club and the people that brought me here.’

“I always wanted to come back to Valour because I didn’t get to express myself at the tournament as a player. This is where I want to be. Me and my family are settled here in Winnipeg. We’ve been here all winter with no plans to leave.”

Prior to signing for Valour in January 2020, Fordyce played for a number of clubs in Ireland and the UK aside from his time in Edmonton. Most recently, he played 29 times for League of Ireland club Sligo Rovers in 2019, having previously suited up for Northern Irish sides Linfield and Glentoran.

“Daryl’s leadership on and off the field was a key reason for our improvement last year,” Valour coach Rob Gale said in a media release. “He has shown a great commitment to the club, and we’re excited to have him back for the 2021 season.”

With Fordyce, Valour now has 15 players signed for the upcoming CPL season, including 10 returnees from the 2020 squad.