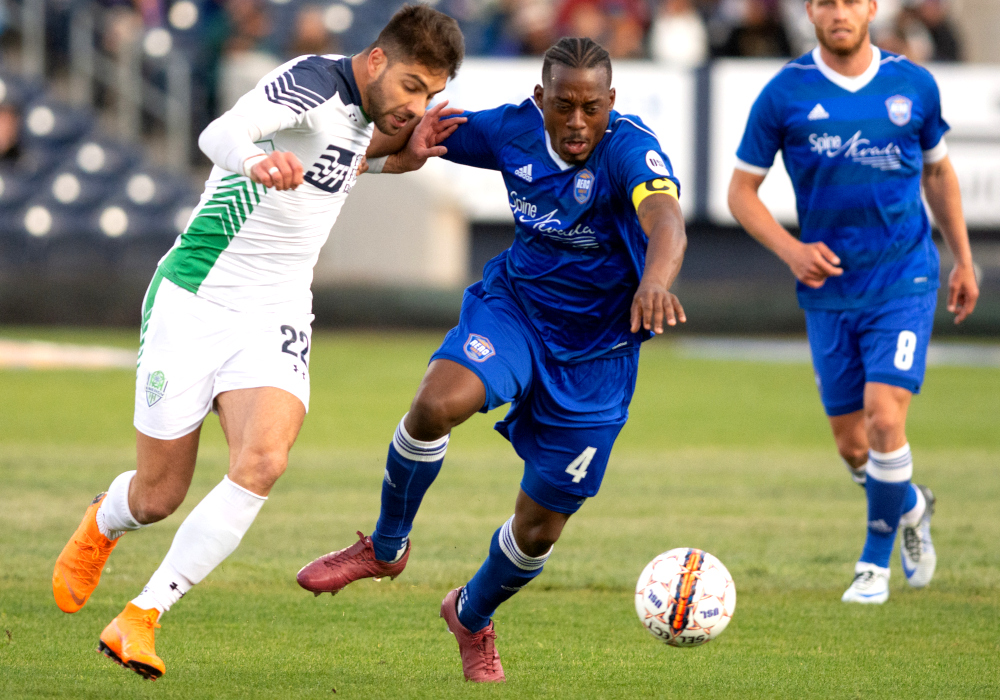 Murrell, 25, joins Valour FC from Reno 1868 FC of the United Soccer League (USL). The defender was selected by Real Salt Lake in the third round, 57th overall in the 2015 MLS SuperDraft and signed with the team’s USL affiliate, Real Monarchs. He then joined the Pittsburgh Riverhounds before signing with Reno in 2016.

On the national scene, the defender was called into the under-18 (2011) and under-20 (2012 & 2013) camps for Canada on numerous occasions. Murrell was also a part of the under-23 (Olympic) camp and Caribbean tour in 2016 when Valour FC head coach Rob Gale was part of the technical staff.

“Jordan is a player I had the pleasure to work with at the U-23 Olympic team level and skill-wise, resembles our first signing, Skylar (Thomas),” said Gale. “He is another exceptional character added to our organization, and we will be looking to his experiences and leadership to help build the right level of professionalism from day one.”

Muenkat, 20, joins Valour FC from German 2. Bundesliga Kaiserslautern, where he played for the youth (under-21) team during the 2017-18 season, scoring twice. Prior to heading overseas, the midfielder began his career with the TFC Academy in 2013.

“Glenn is an exciting young talent and is a player I have known for quite a few years after working with him at the U-18 level,” said Gale. “The fact that an established European side took Glenn from Toronto FC shows the potential quality we are signing.”

In 2015, Gale called Muenkat into Canada’s under-18 development camp, and then again in 2016 for a camp in El Salvador.

Both players will join the team in Winnipeg for the start of pre-season in March.