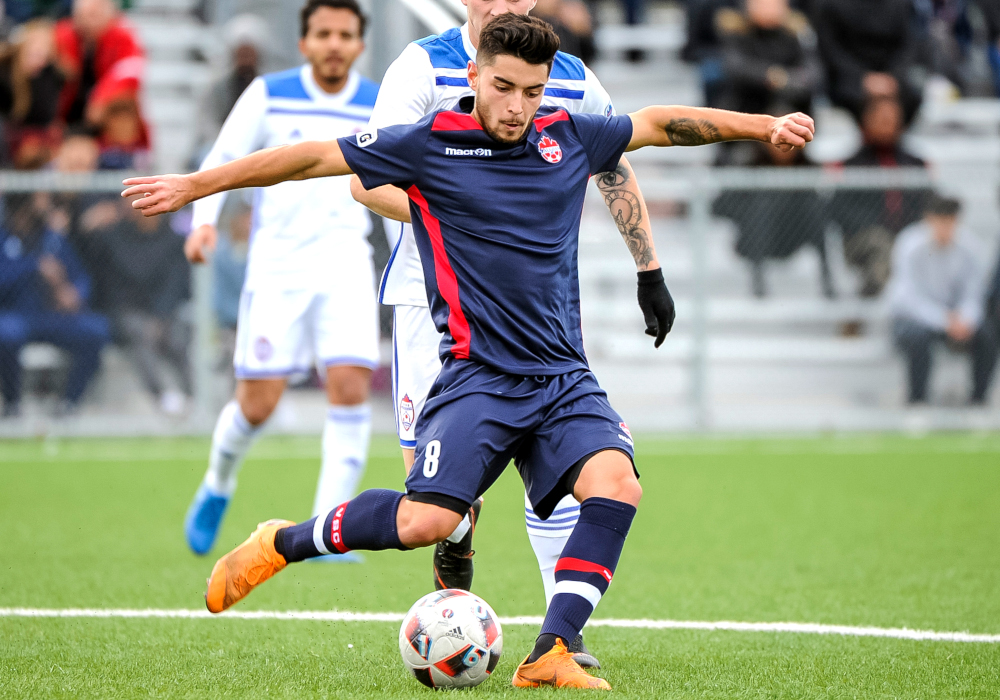 Farago, 27, joins Valour FC after spending most of the 2018 season with St. Patrick’s Athletic of the League of Ireland Premier Division.

“Tyson is a Manitoba boy first and foremost and he’s represented Canada at both the U-20 and U-23 levels, ” said Valour FC coach Rob Gale. “He played pro games in North America with FC Edmonton where he did very well when given the opportunity, especially in his last year. He’s at a very good age for keepers, and we’ll see his best years here in Winnipeg.”

Farago’s football career first took him to Brazil with Goias Esporte Clube before he returned home to Winnipeg to join Lucania (MMSL) in 2009. In 2010, he was invited to England for a trial at Truro City (Southern League Premier Division) and spent time with Brighton & Hove (League One).

In 2012, the keeper joined the University of Winnipeg Wesmen and spent two years with the program. In 2013, he was honoured with the Frank Capasso Award of Merit and then went on to sign a professional contract with FC Edmonton, playing with the club for four seasons before leaving to join St. Patrick’s Athletic.

Sacramento, 23, joins Valour FC from Vaughan Azzurri of League 1 Ontario. In 2018, he scored 14 goals in 14 appearances with the club and was named a First Team All-Star and the Men’s Division MVP.

“Dylan is another lad that I have known for many years. I gave him his International debut when he played against the U.S. and scored for Canada U-20,” said Gale. “He progressed from Manitoba to Toronto FC, down to NCAA where he matured as a player and person, so we are very excited to bring him back to his hometown.”

The midfielder also won a championship with Toronto FC’s Academy team, TFC III, in 2014. After a year at York University, he transferred to Florida Gulf Coast University in 2015 where he played for three seasons. He finished his collegiate career scoring 12 goals and adding 8 assists for 32 points – the fifth most in program history.

Sacramento was also a member of the Canadian U-18 squad (coached by Gale), and represented his country at the prestigious Torneo Internacional de Futbol Sub-20 (COTIF) held in Spain.