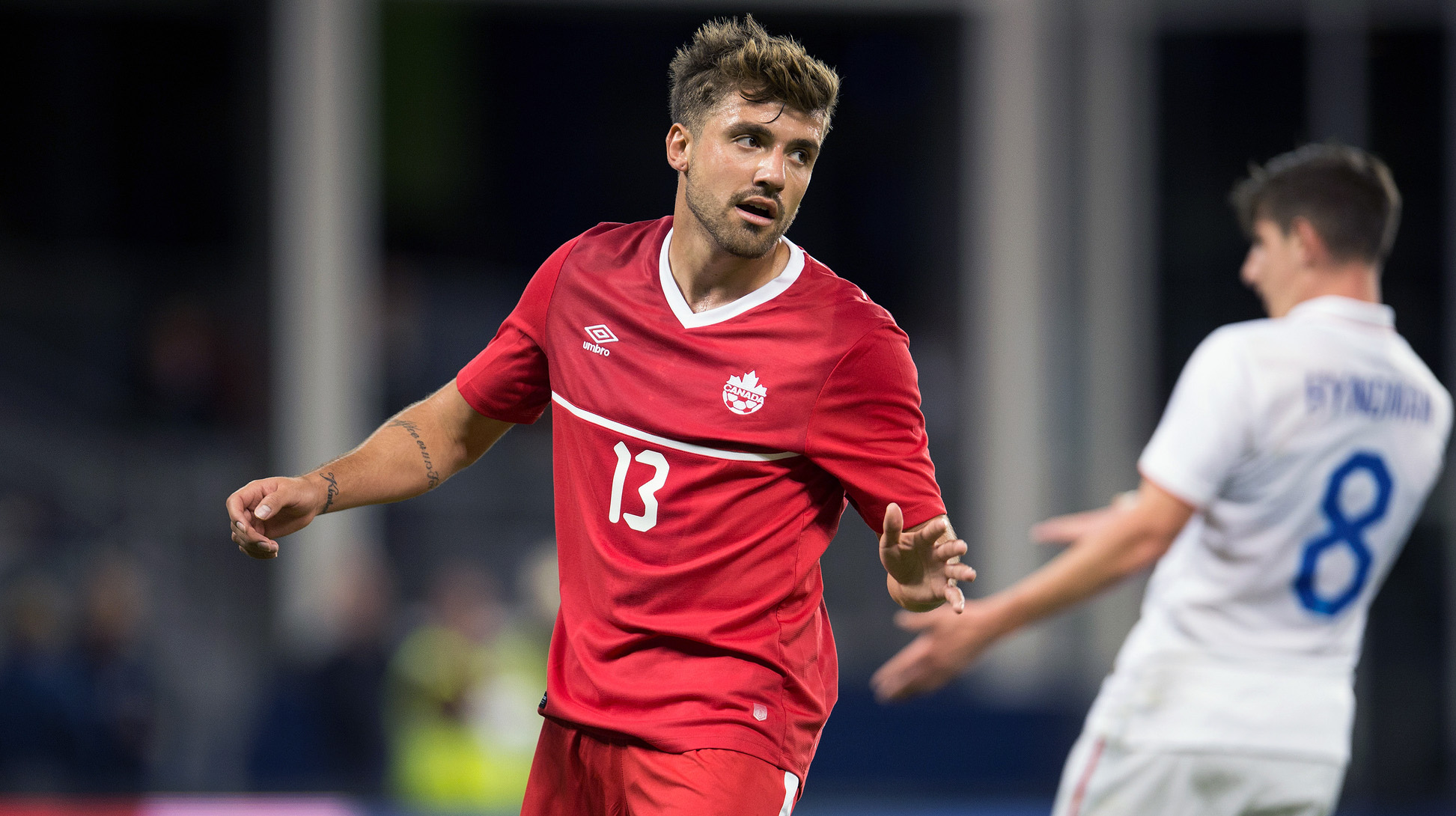 Valour FC announced Monday the signing of Canadian midfielder Michael Petrasso, bringing on the versatile midfielder to a one-year contract.

Petrasso, 23, joins Valour FC from the Montreal Impact (MLS) where he has played since January 2018, making 14 appearances for the club.

“We are extremely excited to welcome Michael to Valour FC,” said Valour FC head coach Rob Gale. “He’s a player who has terrific dynamic attacking qualities and has been a key component of every Canadian squad since U-17.”

Petrasso began his youth career with the Toronto FC Academy in 2010 where he played for two seasons, helping lead the team to the Professional Development League 2 (U-18) title in his first season. Petrasso then continued his career overseas with Queens Park Rangers FC (English Championship).

In 2013, the midfielder joined Oldham Athletic (League 1), making 14 appearances and scoring once in a two-month loan deal from QPR. In 2014, Petrasso played with Coventry City (League 1) for another loan spell, and that same year signed a new three-year deal with QPR. He made his first start for the club in May of that year.

During the 2014-15 season, QPR was promoted to the Premier League and the midfielder was loaned out again to both Leyton Orient (League 1), and Notts County (League 1). Petrasso then departed to join the Montreal Impact in 2018.

With Canada’s National team, Petrasso received his first call up in 2010 with both the U-15 and U-17 camps. He was a member of the U-17 squad that played in the 2011 CONCACAF Championship, where he scored a hat-trick in Canada’s 8-0 win over Barbados in the group stage. He was also a member of the U-20 squad under Gale and competed at the 2013 CONCACAF U-20 Championship.

He reunites with Gale – and some other familiar faces – at Valour FC ahead of the inaugural Canadian Premier League season.

“I have known Coach Gale since the age of 15,” Petrasso said. “He has great a character and he’s a great coach. I’ll also be reunited with one of my closest friends, Dylan Carreiro, who I’m excited to play alongside with. I’m ready to get going with Valour FC and happy to be playing in the CPL.”