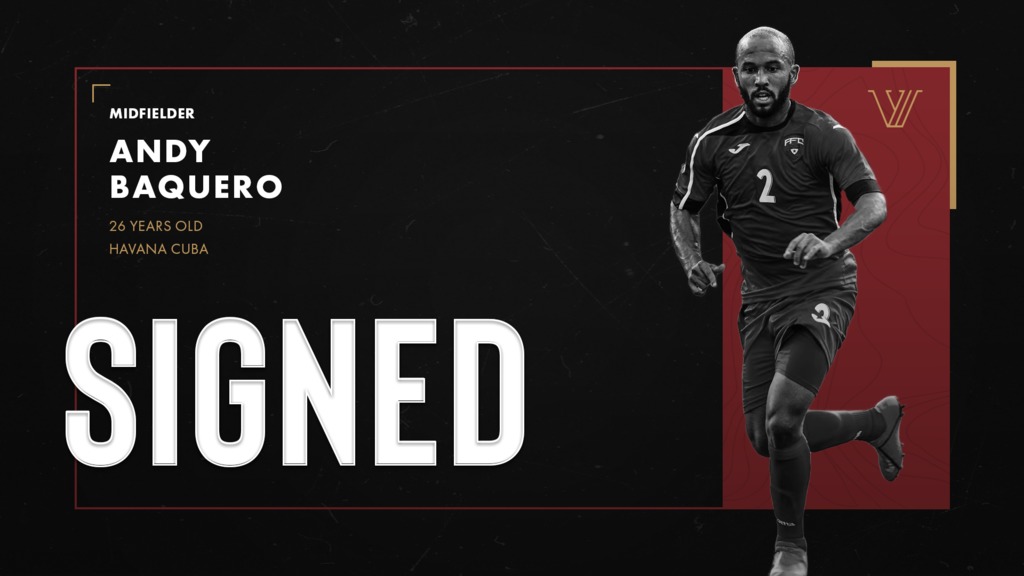 Valour FC announced on Saturday morning that the club has signed midfielder Andy Baquero to a contract for the 2021 CPL season.

Baquero, a 26-year-old native of Havana, Cuba, comes to Valour from Delfines del Este FC in the top division of the Dominican Republic, where he played nine times in 2019 and scored three goals (plus two assists). Previously, Baquero played for a number of clubs in his native Cuba, including La Habana and Villa Clara.

The midfielder — who can lineup in most positions in the centre of the pitch, as well as on the right flank — has also appeared 27 times for the Cuban national team, scoring three goals. In fact, he played against Canada twice in 2019 — once at the Gold Cup, and again at BMO Field in Toronto for a Concacaf Nations League match.

“We’re delighted to have Andy sign with us,” said Valour coach Rob Gale. “He’s a humble, hard-working character who fit in perfectly with the group. He shows great technical qualities and has great composure on the ball.”

Baquero is the 22nd player signed to Valour’s roster ahead of the 2021 campaign, and he’s the ninth newcomer. He is in Winnipeg with the squad as they prepare to begin their season at The Kickoff, with their first match coming on Sunday against Forge FC (2 pm ET/1 pm CT, on OneSoccer).